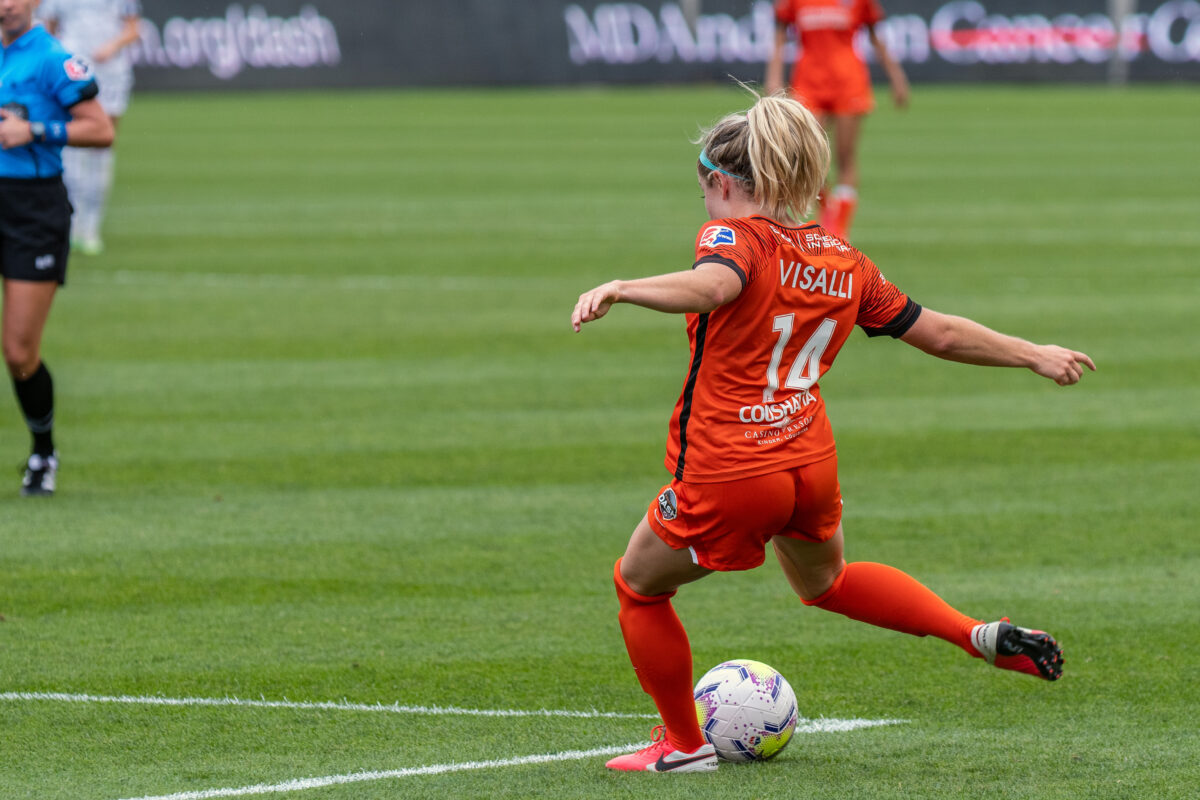 In a rematch of last year’s Challenge Cup Final, Houston and Chicago played to a scoreless draw on Friday at Houston’s BBVA Stadium in the first game of 2021’s version of the tournament.

The Red Stars recorded the best chance of the first half in the 18th minute, when Kealia Watt sent in a curling cross that found Kayla Sharples on the top of the goal area. Sharples’ first-time volley was saved by Dash keeper Lindsay Harris.

Great chance for Chicago and a HUGE save by Lindsay Harris!! #HOUvCHI pic.twitter.com/jnAtoPRyIC

And in the 58th minute, Houston had a chance of their own. Katie Stengel sent through a fantastic ball to Veronica Latsko who was a few steps offside. Latsko finished the chance, but it was correctly called back by the official.

Houston puts one in the net…BUT it's offside!

Commissioner Lisa Baird was on hand in Houston for the match, and made an appearance on the broadcast at halftime.

Next up for the Dash is a trip to Tacoma to play the Reign in a week’s time, while the Red Stars will play at home on Thursday against the Thorns.

Courage, Dash explore the weight of expectations with challenges of 2021
2021 NWSL Challenge Cup opens with a Dash-Red Stars dud