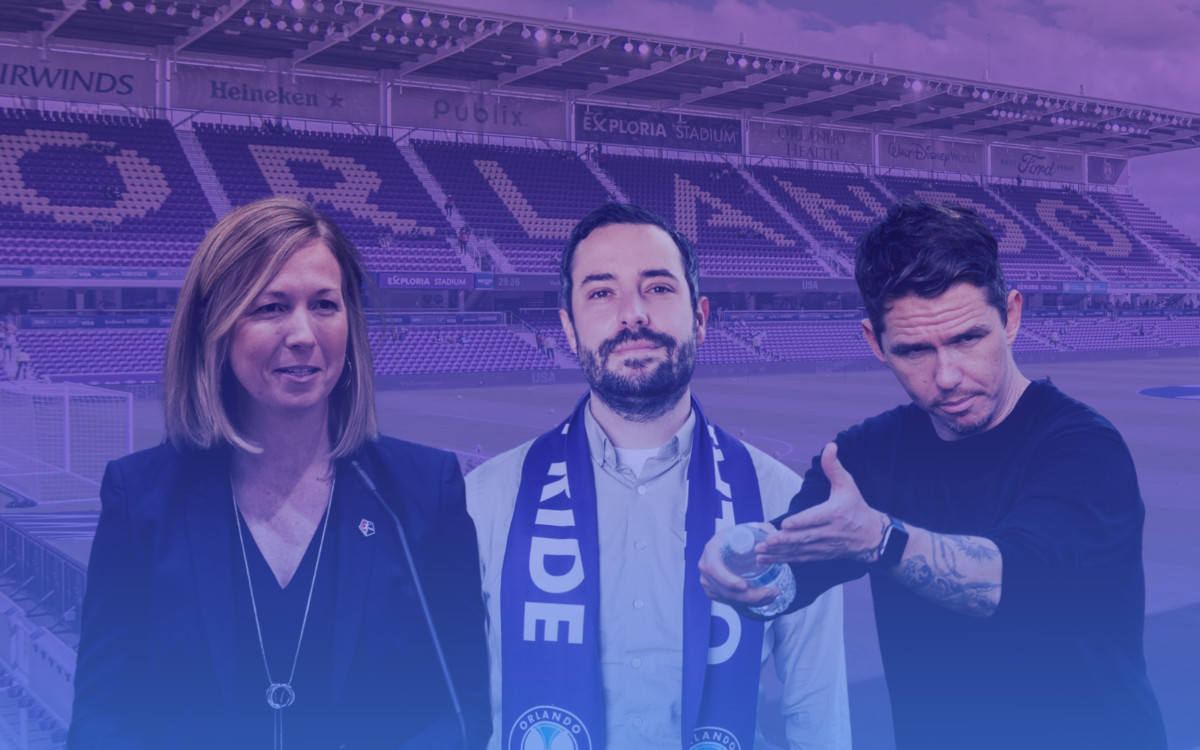 Ian Fleming already had a major task at hand in his first few days as the new Orlando Pride general manager: get value from a trade that would ship away a World Cup champion.

Orlando spent most of the past 18 months rebuilding from a last-place finish in 2019, only to see most of their 2020 schedule and roster planning erased by the COVID-19 pandemic and related misfortune.

Fleming is new, and so is his role as a GM dedicated entirely to the Pride, rather than one sharing duties with the club’s MLS first team. Former National Women’s Soccer League managing director and president Amanda Duffy is also in a newly created role, as executive vice president of the Pride. Alongside head coach March Skinner and his staff, their goal is to create a successful, long-term plan for a team which has mostly struggled on and off the field since joining the league ahead of the 2016 season.

Restoring the Pride is a project which has taken a year longer than expected to reach its launch. Riding on the plan’s success is the on-field competitiveness of and the longer-term outlook for the team. Plenty has changed structurally within the organization. Five years of stops and starts along that road, however, mean it is time to produce results in every way. Skinner knows that.

“When you swallow the truth, you can work in a better mind frame,” he tells The Equalizer. “Finishing where we finished [in 2019] is not acceptable. And it’s not just not acceptable from a club standpoint; there are times that — and this is just me being really honest with you — I’ve actually physically cried three times [in 2019]. Not because of the pressure of any situation, but because I didn’t feel that it was showing the best of my team. I felt handcuffed at not being able to produce on the field like we said we could.”

Those words were delivered five days before the start of 2020 preseason, one which anticipated the arrival of multiple international veterans to shore up a Pride team which finished 2019 with the worst defensive record in league history, conceding 53 goals in 24 games.

Emily Sonnett was arguably the biggest acquisition of that offseason. She left Orlando for the Washington Spirit in that December 2020 trade, departing the Pride without ever playing a minute for the team. Her situation was a product of a bizarre series of 2020 events, but it was also indicative of the direction Orlando is heading in this reboot redux. A club which for too long has been top-heavy with international stars and lacked any depth or cohesion has collectively realized that it needs much better balance on the field and in the locker room. Finding that equilibrium is essential to success.

Access the best women’s soccer coverage all year long
Start your FREE, 7-day trial of The Equalizer Extra for industry-leading reporting and insight on the USWNT, NWSL and beyond.
Subscribe
Existing Users Sign In Here
Related TopicsAmanda DuffyExtraFeaturedIan FlemingMarc Skinner