Courage, Dash explore the weight of expectations with challenges of 2021 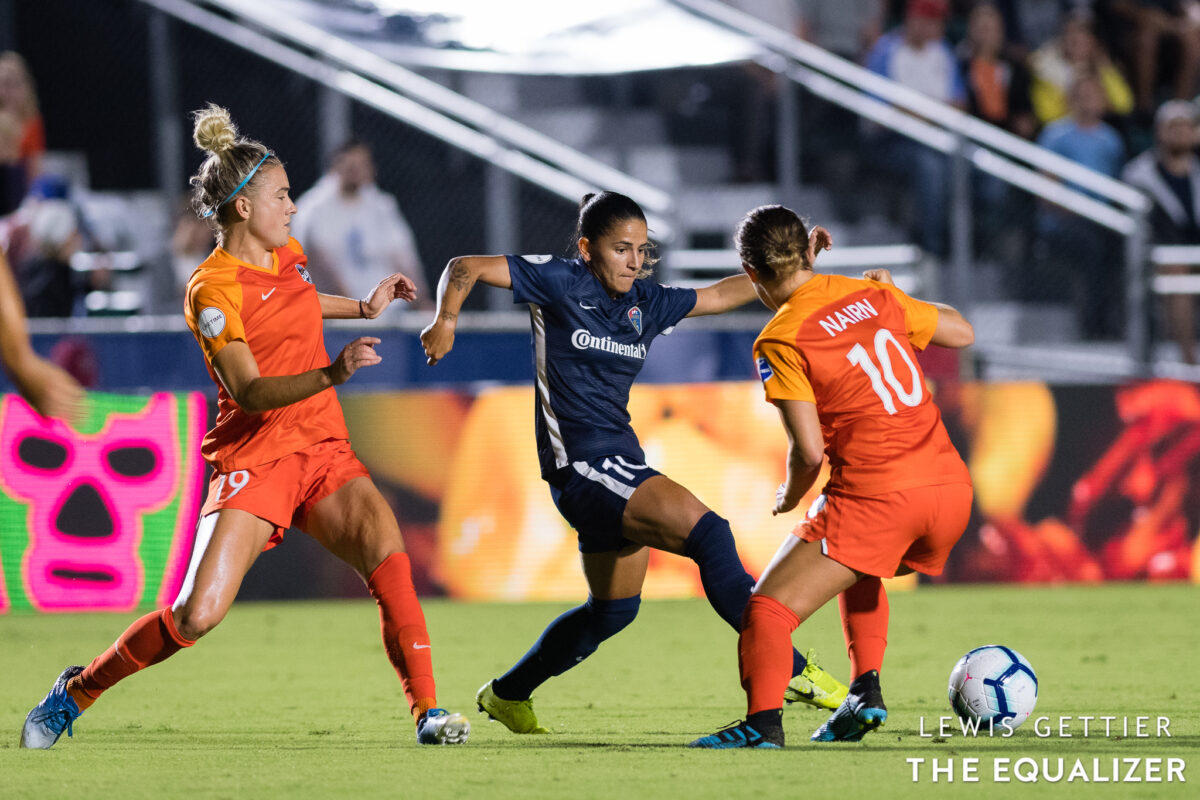 For the Dash, it stems entirely from Challenge Cup victory in Utah last year. The tournament ended a history of underperforming in the league, and was followed up by a second-place finish in the Fall Series. The biggest question heading into 2021 is if the Dash can sustain that success, a task that has become more difficult with the absence of six players through national team involvement.

“Any team that loses six stars at any level of football, there’s going to be a drop off,” head coach James Clarkson said in a pre-match press conference Thursday. “I think the players that are coming in, I think are good players so the level’s not going to drop too much.”

The Dash will eventually welcome back those players, all of whom were part of the 2020 triumph. The team does not enter the 2021 Challenge Cup with a new look, but with a totally new feeling around the club.

“We know expectations have changed,” Clarkson said. “It is a different feel to it and we’ve spent a lot of time talking about it and having to deal with it, which comes with a little bit of success.”

As for the Courage, the question is whether or not expectations have changed. After an earlier-than-preferred exit in the Challenge Cup quarterfinals last year, the team lost three stars — Sam Mewis, Crystal Dunn, and Abby Dahlkemper. In a lot of ways, a season of unknowns awaits the Courage after years of meeting expectations of dominance.

“We have roles to fill,” Courage head coach Paul Riley said. “We’ve tried to fill them. We won’t know until Saturday if we’re able to fill them, to be perfectly honest… We’ll be a different team to play against because of the way we press and the way that we play, at the speed that we play at. It’ll be an interesting season for us and a hugely challenging one.”

The Courage maintain a level of confidence as Riley and company begin the challenging task of rebuilding a championship-winning side. It helps that a few important players will be part of the transition, and they expect that a clear philosophy can be carried over to a new group.

“It doesn’t matter what players are interchanged,” defender Cari Roccaro said. “Our principles always stay the same. They don’t change so the way we do things offensively, defensively, we’ve been on the same page. We’ve built this culture for years and so whoever’s playing in that role, everyone knows what to do. They’ve been working at it for years. Nothing’s changed. It’s kind of our identity, who we are.”

Whatever uncertainties are ahead, Riley is naturally unbothered by it. In his words, the team has “played the underdog card for four years” despite clearly being world-beaters. He joked that “we have to play that now,” handing off the title of favorites to others.

“I think we’ll challenge for the playoffs,” Riley said. “I think there’s just a few outstanding teams ahead of us this year. We’re going to have to do really well to catch up to that.”

Like Riley, Clarkson speaks of his team as one with adversity to overcome. It is built into the Dash’s aspirations this year of successfully defending the Challenge Cup title and making the NWSL playoffs for the first time. He stopped short of calling his side the favorites to win this year’s Challenge Cup, saying his team “can give anybody a game in the league.”

Clarkson, however, seems less interested in accepting the status than Riley does.

“I still think people underestimate us,” Clarkson said. “I still think there’s an element of, ‘we were lucky,’ and we’ve got to prove that it wasn’t luck. So, there’s still an attitude and a bite about us and about the team to prove people wrong.”

ACCESS THE BEST NWSL COVERAGE YEAR-ROUND BY SUBSCRIBING TO THE EQUALIZER TODAY!