Everything you need to know about the 2021 NWSL Challenge Cup 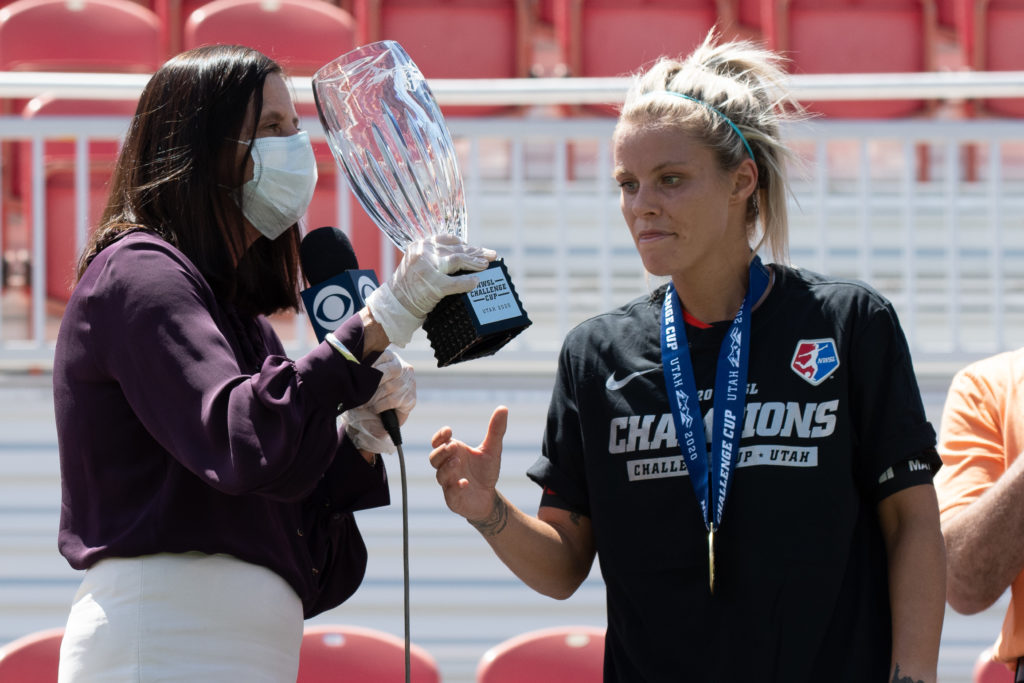 The National Women’s Soccer League is set to return Friday night for what hopes to be a much smoother and more normal season than what we saw in 2020. The season won’t look completely normal by pre-pandemic standards, however. The first six weeks of the season will be covered by the NWSL Challenge Cup. After five weeks of group play, a final will be held on May 8. The regular season is scheduled to begin as soon as the following weekend.

New to the league of just need to bookmark all the information you’ll need for the 2021 Challenge Cup? Here is a quick primer. Check back tomorrow (Tuesday) for more specific team and group previews.

What is the NWSL Challenge Cup?

The NWSL Challenge Cup is a short competition among the 10 clubs. The tournament debuted last year in the Utah bubble after COVID-19 torpedoed the league’s regular season. This year’s competition is not in a bubble and features full travel. The format is similar in that teams will play four matches to start. But this time, they are split into groups of five, meaning everyone plays everyone else in their group once, with the winners of each group advancing to the May 8 final.

There has been no indication from the league that the Challenge Cup will become an annual event, but last year’s competition and format (which featured group play and an eight-team knockout) drew rave reviews. This year’s timing was put in place to hedge against having to push things back due to the pandemic, with minimal interference on the regular season. Should the event continue in 2022 and beyond, it will hopefully be interspersed throughout the regular league calendar.

Is the Challenge Cup like the U.S. Open Cup?

Yes and no. Yes in that the Challenge Cup represents a secondary competition among clubs. However, the Open Cup is a straight knockout event while the Challenge Cup is geared toward guaranteeing every team a certain number of matches. The Open Cup is also… open, meaning it is open to any professional club down through all levels of organized men’s soccer in the United States (there is limited entry in 2021 due to COVID-19.) As such, the US Open Cup is run by U.S. Soccer and not by Major League Soccer or any other league.

There has never been an officially sanctioned women’s Open Cup but there was a USASA National Women’s Open contested by amateur clubs between 1996 and 2016. In 2012, the Chicago Red Stars, then considered a semi-pro team playing in WPSL Elite, won the tournament.

How can I watch the Challenge Cup?

International fans will be able to see all NWSL Challenge Cup matches live on Twitch. In Canada, where access to NWSL matches has been a point of consternation, all matches other than the CBS Sports Network will be available via Twitch.

Two of the CBS Sports Network matches will be played during the week, including the latest edition of the Cascadia Cup rivalry between the Portland Thorns and OL Reign on April 21 in Portland.

The full NWSL Challenge Cup schedule is below.

Why are there bye weeks?

After three seasons as a nine-team league, the NWSL added a 10th team for 2021, creating the possibility for scheduling karma and the end of the need for one team to sit out every weekend. So why are there only four Challenge Cup matches every weekend?

The answer is that by splitting the teams into groups for the tournament, the teams are uneven yet again with five in each group. That means other than OL Reign and Sky Blue — the teams with Week 1 byes — everyone will get a week off along the way. That’s hardly a bad thing for teams and players that did not get a ton of time on the field in 2020.

The groups by the way, are as follows: Sky Blue is joined in the East by the North Carolina Courage, Orlando Pride, Racing Louisville FC, and the Washington Spirit. The West includes the Chicago Red Stars, Houston Dash, Kansas City NWSL, OL Reign, and Portland Thorns FC.

The Lowdown: Rory Dames is the last coach standing

Where will the games, and the final, be played?

The location of the Challenge Cup final is currently listed as TBD. The league is not likely planning for any sort of big event-style final in a predetermined venue, so playing the match at the home of the finalist with the best record makes the most sense. The TBD is likely because some of the venues may not be available May 8 and in the event that COVID-19 protocols make it untenable to play a final.

The group matches will all be played at regular home venues with the exception of Sky Blue FC. The New Jersey club will be returning to MSU Soccer Park at Montclair University where they hosted Fall Series matches last year. The club intends to play at Red Bull Arena when the regular season begins.

Will the stats count?

Will the winner get anything besides a trophy?

The 2021 NWSL Challenge Cup winner is expected to receive some sort of award beyond the trophy. However, the details have not yet been made public.

Will the rule tweaks from 2020 remain in place?

Yes. Teams will be permitted to make five substitutions while using no more than three stoppages in play to get through the five. Additionally, as announced Monday, there are now two extra substitutes allowed to remove players who have head injuries.

The final will be a 90-minute match followed directly by penalty kicks if tied. There will be no extra time.

Subject to change, all times EDT.