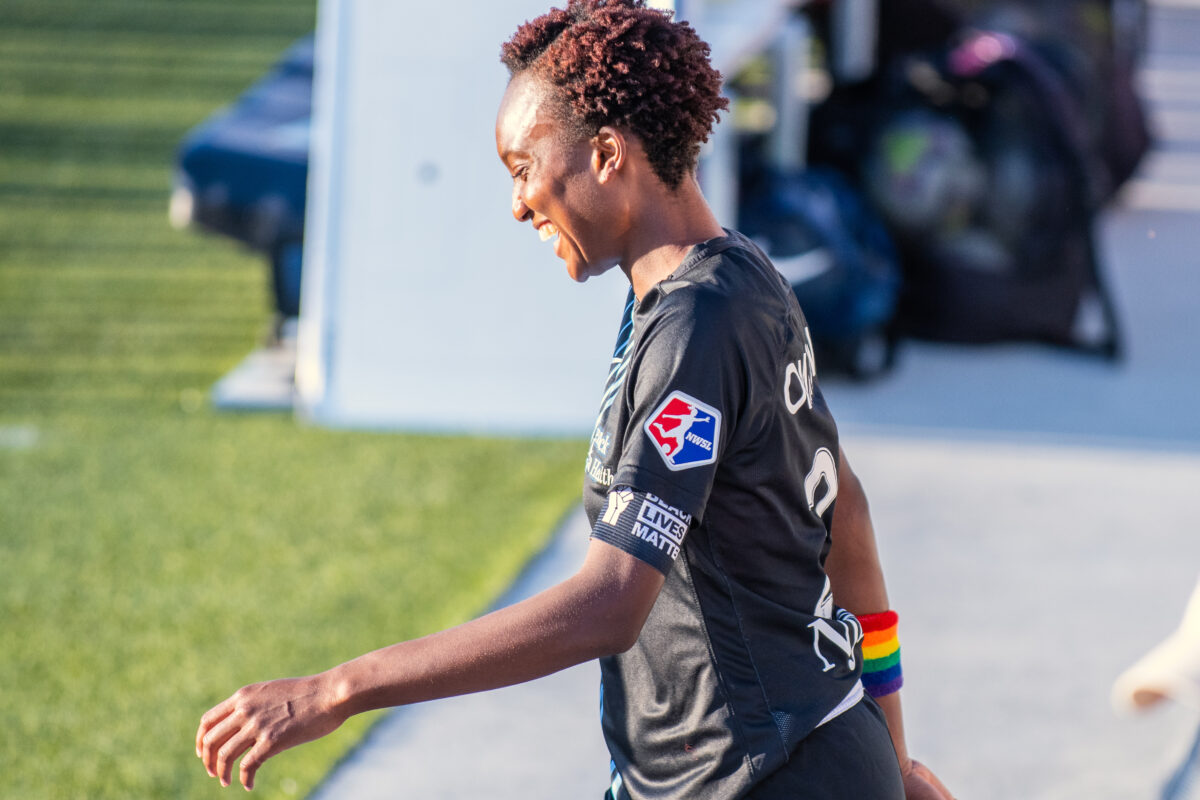 Ifeoma Onumonu is ready to seize the opportunity (again)

In a league where players pass through clubs with little control over their own destiny, it’s always nice to see an athlete excel in a new home. The National Women’s Soccer League has many of those stories, of players triumphing over uncertainty, but it also has just as many of those who do well without finding the immediate reward of recognition. Ifeoma Onumonu, going into her fifth professional season, is perhaps currently somewhere in-between the two, having won respect while still searching for that one breakthrough season.

At the age of 27, Onumonu is already something of a modern-era NWSL journey-woman. She was drafted out of California in 2017 by the Boston Breakers, and played 18 games for them her rookie year. But that team had its own issues far greater than its roster, and the club folded the following offseason. Onumonu was then selected by in the 2018 NWSL Dispersal Draft by the Portland Thorns, where she would play in limited matches for them in their run to the NWSL Championship game.

But her time in Portland was ultimately short-lived, and she was waived by the club early in the 2019 regular season, before being picked up by Reign FC (as they were known that year) as a national team replacement player. If being waived by the Thorns could have been read as a value judgment, she seized the opportunity in Tacoma to bolster that reputation significantly. She won a supplemental player contract for the rest of the 2019 season, finding a tenacity on the wing that had only been seen in glimpses in prior years. Her resurgence under Vlatko Andonovski was a key element of the team grinding out the points they needed, in the face of a high number of squad injuries and absences, to beat out the competition in a heated race to the postseason.

Access the best women’s soccer coverage all year long
Start your FREE, 7-day trial of The Equalizer Extra for industry-leading reporting and insight on the USWNT, NWSL and beyond.
Subscribe
Existing Users Sign In Here
Related TopicsExtraFeaturedIfeoma Onumonu

Tierna Davidson is more than a luxury player
NWSL Live is back! Join us every Monday! This week: Kealia Watt as special guest