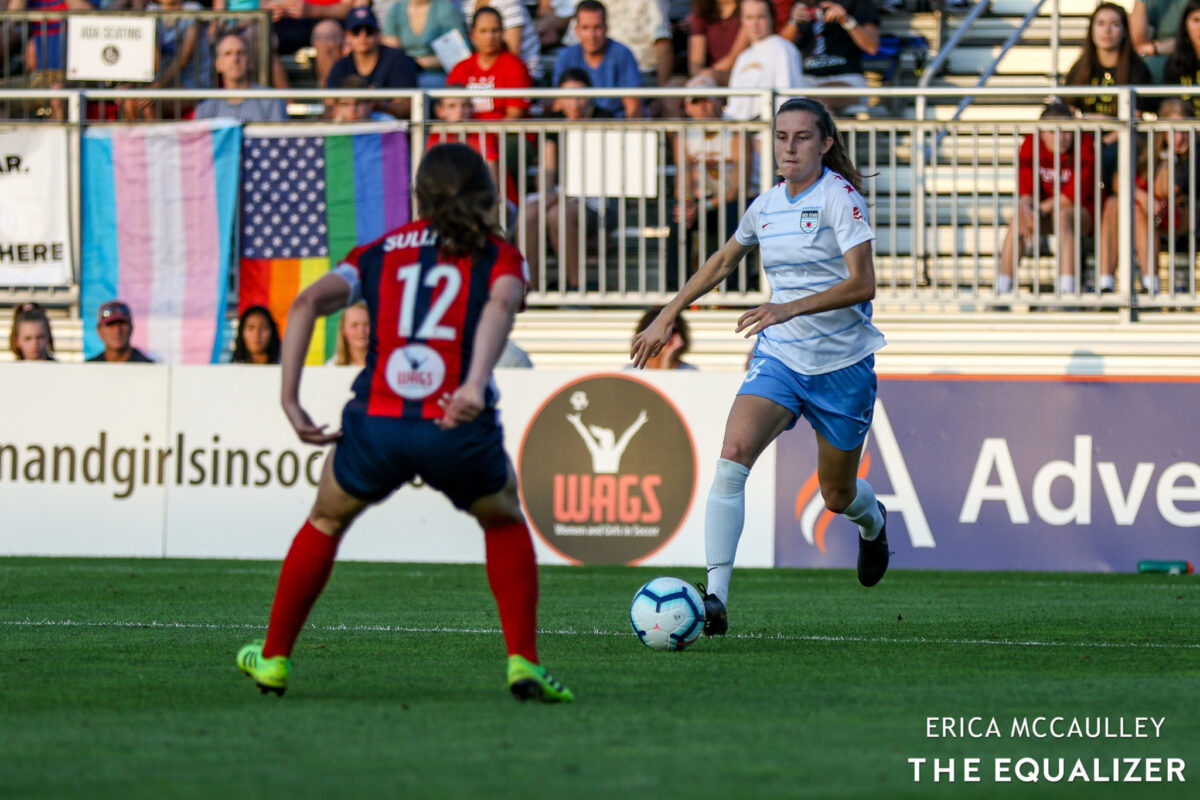 Tierna Davidson is more than a luxury player

If one was asked to name the most iconic moment of Tierna Davidson’s still short career with the Chicago Red Stars, one could be forgiven if they went back to the very beginning. Davidson’s insertion into the National Women’s Soccer League conversation was a quiet bombshell at the beginning of 2019, when she became the first player in league history to be selected in the draft without exhausting her NCAA eligibility. Davidson turned professional after only three seasons at Stanford.

Davidson’s availability falling to Chicago at all was something of a gift of fortune, a side effect of the three-team trade that brought Christen Press (albeit briefly) back into the NWSL, in a cast-aside portion of future assets from the Utah Royals that turned out to be one of the most talented defenders in a generation. Davidson’s leap to the professional level has already left ripples in subsequent draft classes, with expectations of players leaving college early slowly becoming fact for the most highly valued players.

But when Chicago added her to the squad, Davidson wasn’t a player that the Red Stars actually needed in terms of the numbers they already had in their defense. They already had a reliable center-back partnership between captain Julie Ertz and Katie Naughton, a duo that guided the team to a semifinal berth in 2018. The vision of Ertz moving farther up the field before the 2019 World Cup was still imminent, but sometimes-outside-back Sarah Gorden also had experience in the central defense — a role she would thrive in that year, and that is now difficult to imagine as ever having been foreign to her. (Another defender taken in the 2019 draft was Northwestern’s Kayla Sharples, who featured for Chicago in the 2020 Challenge Cup, and who will likely get more time in 2021.)

In that moment, at the 2019 draft, the Red Stars identified that the smartest and most simple moves were the same one, and they took the young defender, anyway.

Access the best women’s soccer coverage all year long
Start your FREE, 7-day trial of The Equalizer Extra for industry-leading reporting and insight on the USWNT, NWSL and beyond.
Subscribe
Existing Users Sign In Here
Related TopicsExtraFeaturedTierna Davidson