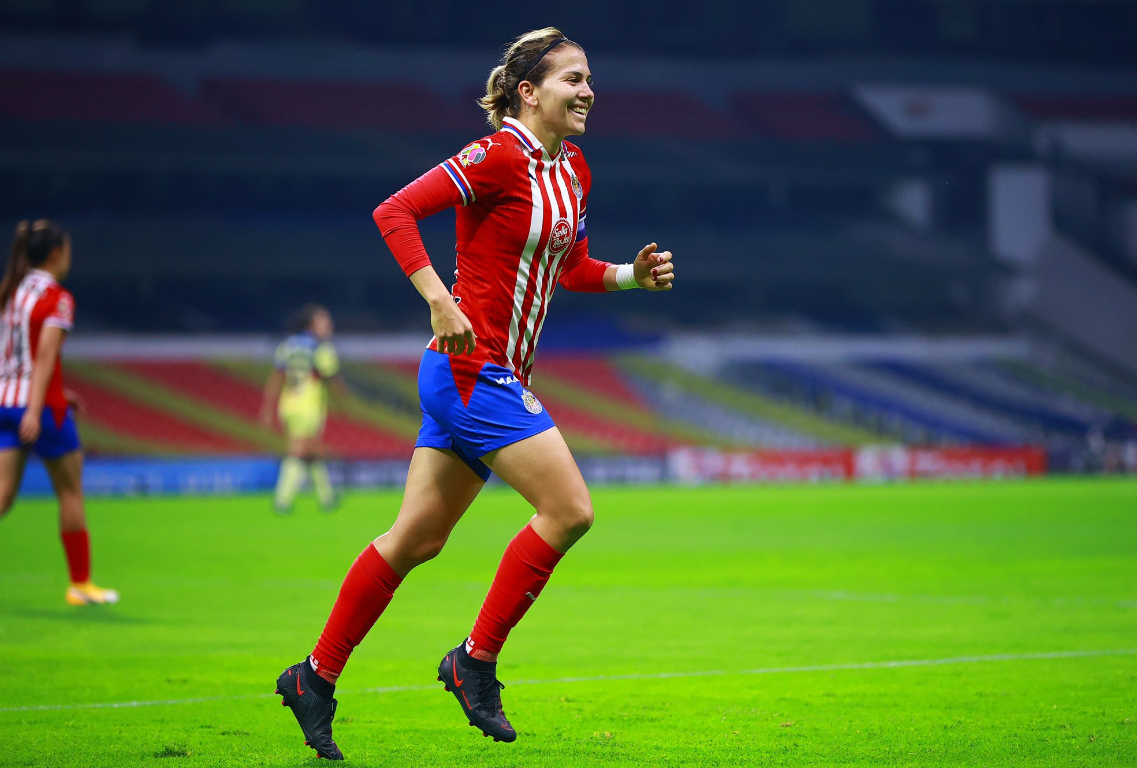 Tigres still remains in first place on the Liga MX Femenil table, but a new club has taken the number two spot. Also, Liga MX Femenil might have a Puskás Award contender after a screamer from Gabriela Alvarez of FC Juárez against Querétaro.

Here’s how Week 13 shaped up down in Mexico.

Chivas leapt into second place on the Liga MX Femenil table courtesy of three different goal-scorers, including Alicia Cervantes, who extended her lead as the league’s leading goals leader. Cervantes had a brace, with goals in the 33rd and 61st minute in Chivas’ 2-4 win over Club América.

Christian Jaramillio kicked off the scoring on the road in the 10th minute. Jaramillo hit a left-footed shot inside the box. Cervantes doubled the lead in the 33rd minute after sneaking away from her defender and picking up the pass for a shot. Club América did have a spark toward the end of the first half, with Janelly Farias scoring in the 42nd minute to bring the home team within one.

However, Cervantes wasn’t finished. In the 61st minute, the striker once again slipped past a handful of América defenders and went one-on-one with goalkeeper Renata Masciarelli. Miriam Castillo added the fourth and final goal in the 83rd minute, scoring on a free kick header.

Jana Gutierrez scored a consolation goal for Club América, hitting her shot inside the box and through the legs of Chivas goalkeeper Blanca Felix.

Chivas is now within three points of first-place Tigres. So is Atlas, who dropped their contest in Week 13 against Toluca. However, Chivas sits in second due to a higher goal differential.

It might seem odd to add second-to-last-place FC Juárez on this list, but the goal heard around the world makes it worthy. FC Juárez picked up a much needed momentum — and confidence — booster with a win over Querétaro , who made a huge tumble down to 15th place.

FC Juarez might not be contending for the top spot, but the team is looking to finish off in a much higher position. If Gabriela Alvarez can score more like she did in the 90th minute, then the team will be alright. We’ll let the goal do the talking for itself.

Is the goal worthy of the famous FIFA Puskás Award? It definitely needs to be on the list.

Daniela Auza scored the first goal of the evening for FC Juárez, right before halftime, to give the home side the lead.

It was a first-half goal rampage between Atlas and Toluca.

Toluca, the visitors, came in and upset Atlas, who are looking to dethrone Tigres for the top spot. With the loss, and a Chivas victory, Atlas now sits in third place. Meanwhile, with three points in the bag, Toluca has claimed the eighth place spot. The top eight teams will compete in the Clausura playoffs.

Alexa Curiel scored first for the home side. In the 4th minute, Curiel scored off a deflection inside the box. Curiel’s shot skipped through the Toluca defense and past goalkeeper Sandra Lozano. Three minutes later, Maria Mauleon scored off a corner kick, sending the ball to the far post.

In the 20th minute, Mauleon beat out three Atlas defenders to get an open shot off against Atlas goalkeeper Nicole Buenfil.

The Cruz Azul unbeaten streak has come to a close, thanks to red-hot Santos Laguna. With plenty of momentum on their side, Santos Laguna picked up three points at home courtesy of goals from Joseline Hernandez and Alexxandra Ramirez. Santos now sits in 12th place on the table.

Hernandez scored off a volley at the top of the penalty area after an initial header was deflected toward her in the 16th minute. In the second half, Ramirez scored in the 79th minute, finding herself completely open in the middle of the pitch, settling the ball and then hitting it in the penalty area with her right foot.

Cruz Azul found a goal in the 89th minute, but it was too little, too late. Paola Gonzalez scored for the visitors off a corner kick.

Monterrey held first-place Tigres to a draw on Monday night. Monterrey sits in fourth place on the table, as Chivas hopped over them and up a spot.

Christina Burkenroad gave Monterrey the lead in the 21st minute. Burkenroad picked up a poor Tigres clearance and, at an extremely slanted angle, slotted it past Ofelia Solis. Tigres equalized in the 43rd minute, right before halftime, courtesy of Lizbeth Ovalle and her tap in front of goal. Maria Sanchez — who recently had her NWSL rights traded by the Chicago Red Stars to the Houston Dash — assisted the goal.

Monterrey didn’t kick off the second half in a positive fashion. Instead, Mariana Cadena scored an own goal, giving Tigres the lead, in the 47th minute.

However, Cadena was bailed out in the 72nd minute by teammate Rebeca Bernal. A corner kick for Monterrey led to what looked like a goal-line clearance by Tigres. However, a replay showed the ball crossed way over the line and was given to Bernal and her header.

Tigres only has a three-point lead in first place. Chivas and Atlas are creeping up.

*Due to international competitions, TUDN will not be airing Liga MX Femenil matches during Week 14.