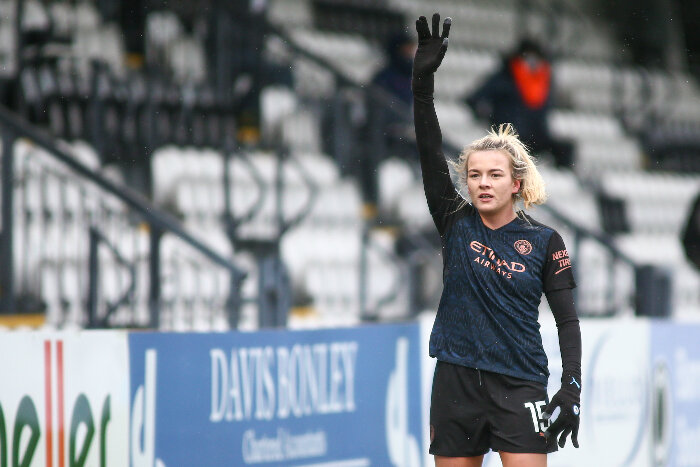 Lauren Hemp may be a key player for Manchester City and England now, but she was not always interested in soccer. As a child, she would go and watch her older sister, Amy, play, but had other things on her mind. “I was just there. I wasn’t actually really keen on watching,” she told City’s website last summer. “I enjoyed dancing.”

Eventually, however, Hemp gravitated toward soccer. She began playing with her sister, first in the back garden, then at North Walsham, their local team. They were both invited to join Norwich City’s center of excellence, and while Amy was unfortunate with injuries that prevented her from continuing her career beyond that point, Lauren went on to sign for Bristol City.

In the five years since, Hemp made her FA Women’s Super League debut, won two PFA Women’s Young Player of the Year awards, earned a big move to Manchester City, helped England to third place in the 2018 FIFA U-20 Women’s World Cup, represented her country six times at the senior level, and won the FA Women’s Cup. At 20 years old, she has firmly established herself as one of the brightest attacking prospects in the world. But that does not mean she has stopped dancing; instead, she has incorporated that first love into her own unique soccer style.

Access the best women’s soccer coverage all year long
Start your FREE, 7-day trial of The Equalizer Extra for industry-leading reporting and insight on the USWNT, NWSL and beyond.
Subscribe
Existing Users Sign In Here
Related TopicsExtraFAWSLFeaturedLauren Hemp