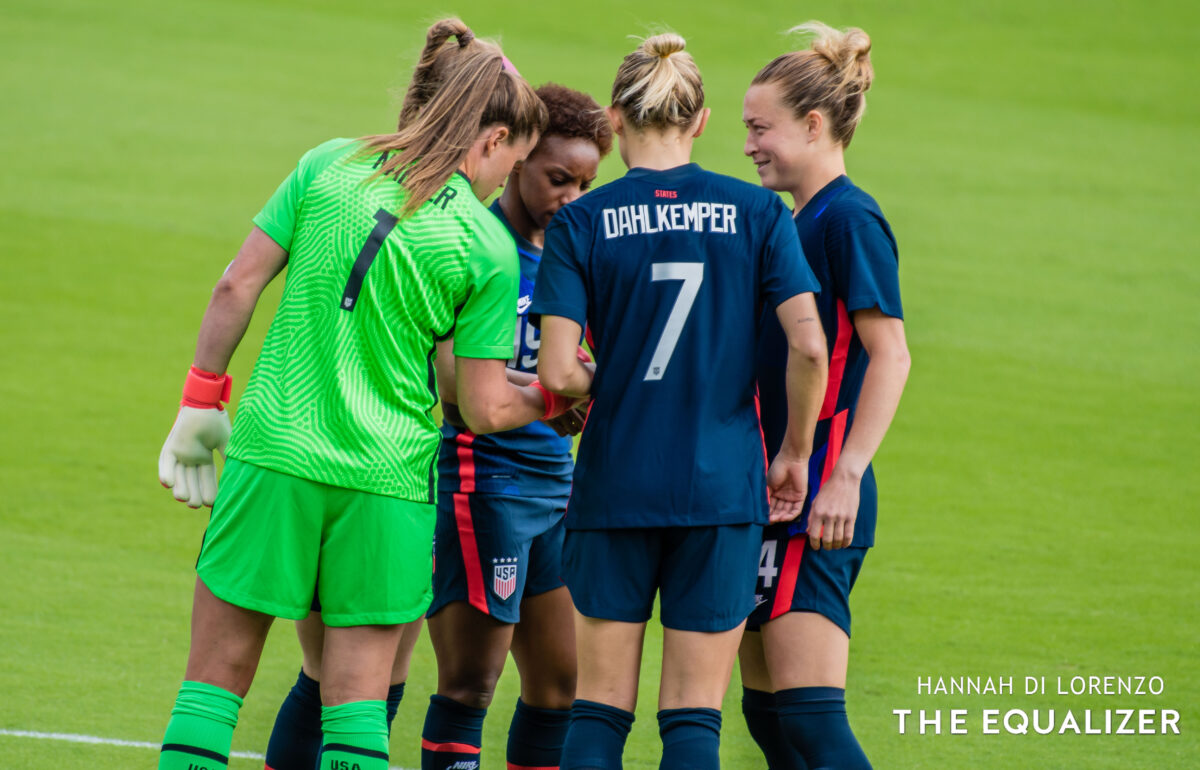 Vlatko Andonovski didn’t have to do much erasing on his U.S. women’s national team roster from the SheBelieves Cup. In fact, Andonovski, when releasing his 23-player roster for the upcoming European friendlies against Sweden and France, brought over the same team.

Of course, after the initial SheBelieves Cup roster was released, there were a few changes. Alana Cook was replaced because of travel and club restrictions with Paris Saint-Germain by Casey Krueger (nee Short). This time, due to the camp being in Europe, Cook has the green light to join Andonovski and company.

Cook’s addition means that Krueger will remain with the Chicago Red Stars for preseason training, as she was left off the roster. Also left off the roster was Tobin Heath, who is still recovering from an ankle injury in Manchester.

For the second consecutive camp, new parents Ali Krieger and Ashlyn Harris were left off the roster. Instead, in goal, Andonovski went with Jane Campbell and Casey Murphy to back up two-time World Cup winner Alyssa Naeher.

“I give our larger pool of players credit for always making selections difficult, but this group going to Europe has shown consistent quality in their performances as well as in their abilities to contribute to the overall chemistry of the team,” Andonovski said, via a press release. “We still have much evaluation to do from trainings, international matches, NWSL matches and overseas club matches before selecting the Olympic team, but I’m really looking forward to these two games for what adversity they will bring. The exciting thing is that I know our players have the talent and mentality to meet those adversities with a great energy and overcome them.”

Of note on the roster, Carli Lloyd is currently sitting at 299 caps and could make her 300th women’s national team appearance. She would join Kristine Lilly and Christie Pearce Rampone in having 300 or more international appearances.