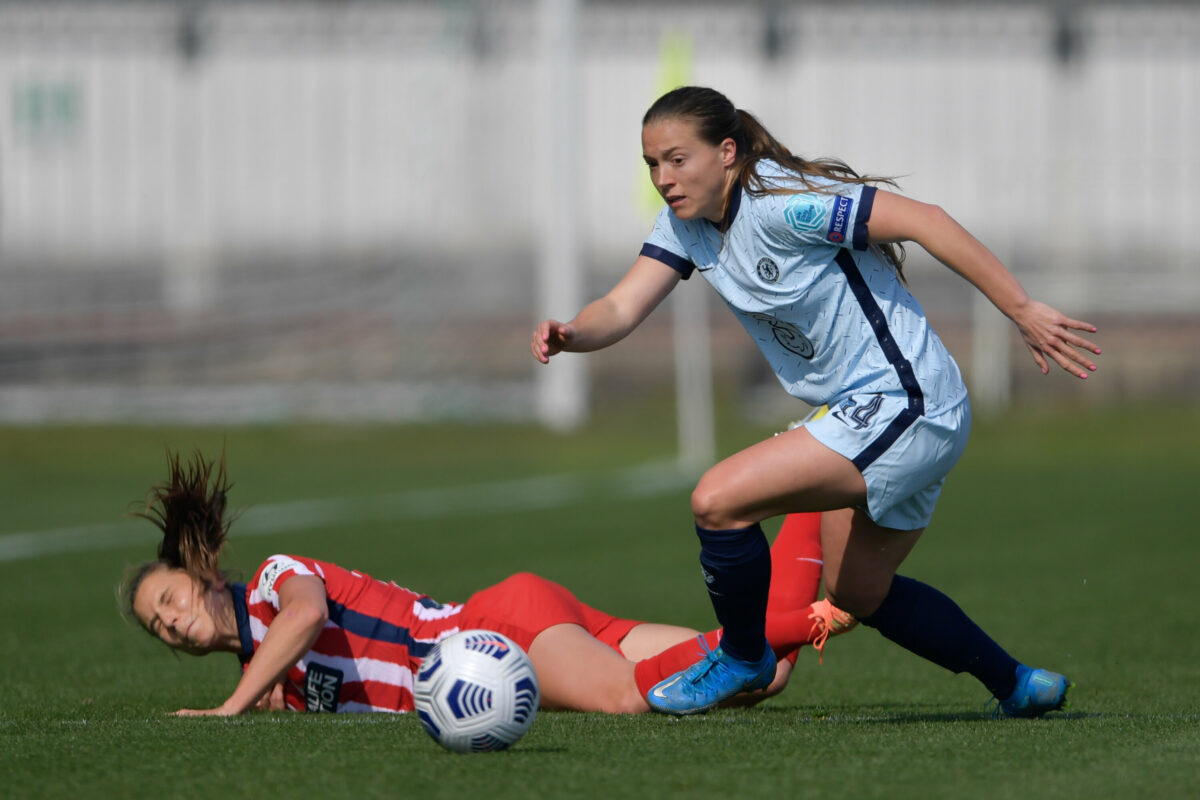 As it stands, Chelsea are two points clear at the top of the FA Women’s Super League. They could become the first team since Liverpool in 2014 to successfully defend their title. Of course, they have already picked up their first piece of silverware for the campaign, dispatching Bristol City in the Conti Cup final. And, having knocked out Atletico Madrid, Chelsea now face Wolfsburg in the Champions League quarterfinals.

It’s been a good season up to this point, and much of it has been built on counterattacking. The 6-0 cup-final win over Bristol City was defined by clinical finishing to capitalize on turnovers in their favor. Counters were also crucial in the 2-0 win at home against Atletico, and the 3-0 league win over Arsenal.

Chelsea have scored 52 goals in the FAWSL this season so far. Of that total, 36.5 percent came in attacking transition. There is a valid argument that they are at their most dangerous in these moments: when they have just won the ball. And with season-defining clashes against heavily possession-based teams like Wolfsburg and Manchester City on the horizon, it’s this very specialism that could help Emma Hayes and her side to success both domestically and in Europe.

So, what exactly makes Chelsea so good in transition? How and why are they scoring so many goals on the counterattack?

Access the best women’s soccer coverage all year long
Start your FREE, 7-day trial of The Equalizer Extra for industry-leading reporting and insight on the USWNT, NWSL and beyond.
Subscribe
Existing Users Sign In Here
Related TopicsChelseaExtraFAWSLFeaturedFran KirbyPernille HarderSam Kerr