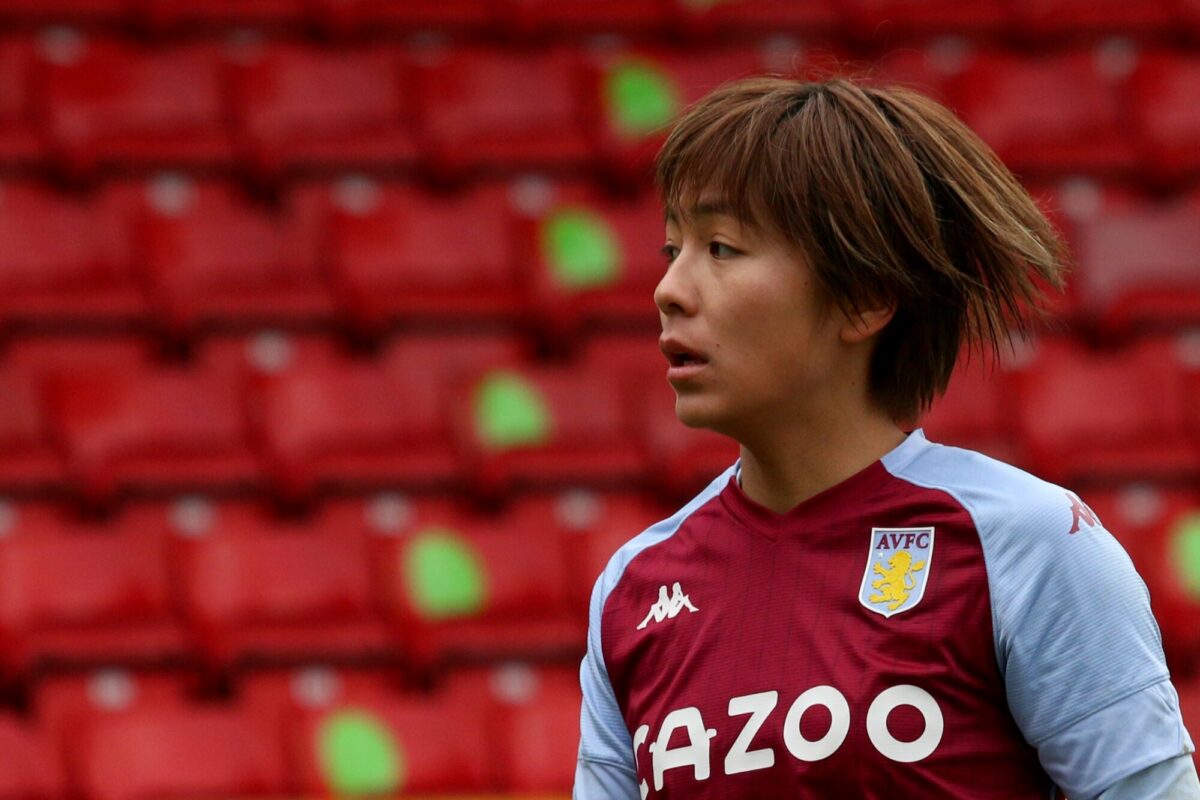 Mana Iwabuchi joined Aston Villa in January with a very personal objective. “I think English football is much more physical and [has] a faster pace,” she told the club’s YouTube channel. “Maybe I can’t be bigger and faster, so I have to play my style…every game. It is my new challenge.”

So far, the Japanese soccer icon and 2011 Women’s World Cup-winning forward has had no problem in this regard. Aston Villa have scored three league goals this year, and she has been directly involved in all of them. She scored her first goal in her first start, sliding home a well-worked free kick against Reading. Later in the same game, she set up her team’s last-gasp equalizer in a 2-2 draw.

The assist highlighted just how adaptable Iwabuchi is. Snow had been falling for half an hour, to the point where the pitch was covered. The ball was barely visible to those watching remotely via their televisions or computers. These were typically tricky mid-season English weather conditions. But Iwabuchi was still Iwabuchi.

Picking the ball up on the left wing, she stalled and teased her defender, feinting to dribble inside before poking a pass through to Shania Hayles. Instantly Iwabuchi was on the move again, leaving her marker behind to receive the return ball in the penalty area. Gliding past an oncoming defender with a perfectly weighted first touch, she pulled back for Diana Silva to tap home from close range. In seven seconds, Iwabuchi had completely opened up the game, turning an innocuous possession into an opportunity that was easier to score than miss.

Access the best women’s soccer coverage all year long
Start your FREE, 7-day trial of The Equalizer Extra for industry-leading reporting and insight on the USWNT, NWSL and beyond.
Subscribe
Existing Users Sign In Here
Related TopicsAston VillaExtraFA WSLFAWSLJapanMana Iwabuchi