WoSo Around the World: Covid wins as French rivalry postponed 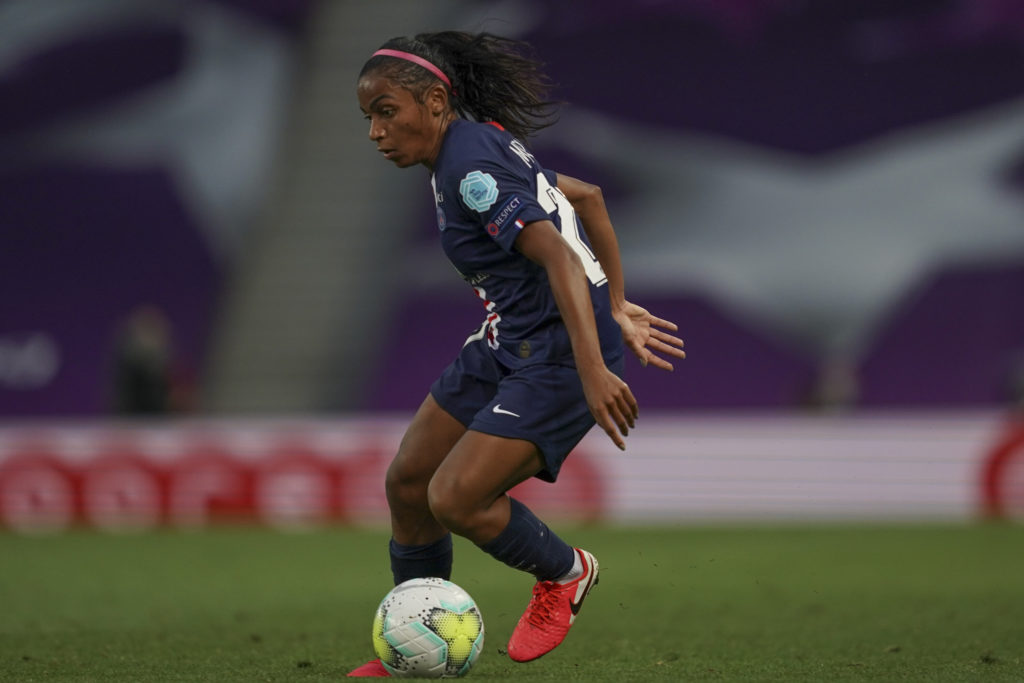 After weeks of anticipation, the French showdown was postponed due to Covid-19 but the Champions League draw means Lyon and PSG should meet twice more this spring. Most of England had off while Barcelona and Bayern Munich remained perfect. The biggest battle on the weekend was for Champions League spots in Spain.

The Latest: In a stark reminder that the Covid pandemic is still with us, a slew of positive tests in Paris forced the postponement of the most anticipated club match outside England this season. Paris Saint-Germain and Lyon are still searching for a date to reschedule their match in Lyon that is likely to decide the title. PSG also had their Champions League match against Sparta Prague postponed. Should they win — PSG lead the aggregate 5-0 after the first leg — the rivals will meet in the quarterfinals of the Champions League. Bordeaux were unable to strengthen their hold on 3rd place. Evelyne Viens scored in the 71th and 88th minutes to rally Paris FC for a 3-2 victory.

The Latest: There were only two matches on the weekend and only one team scored. Everton had contributions from four different players to win 4-0 at Birmingham City. Reading and Tottenham played a scoreless draw.

The Latest: With Barcelona all but having sewn up the title the race is on for second and third. Levante were held at home by Real Betis on Saturday allowing Real Madrid to creep within a point after a wild 1-0 win at Atletico Madrid. Real were reduced to 10 players just 12 minutes in when Olga Carmona was shown the door. They scored a woman down, through Sofia Jacobsson in the 67th and finished 10-v.-10 after Deyna Castellanos saw her second yellow card in the 77th. Atletico slipped to 5th a point behind Madrid who defeated Eibar 3-1. Madrid are 5 points adrift of Real with a match in hand.

The Latest: Wolfsburg are hanging tough in pursuit of Bayern Munich and have a May 6 visit from the league leaders. But even with a win, the only path to the title is for Bayern to get tripped up elsewhere, something that has not happened this season.

Claire Emslie (Pride, rights) had a goal and assist for Everton in a 4-0 win at Birmingham City. The goal came on a chip when she found an errant pass from the keeper… Sam Mewis (Courage, rights) scored twice off the bench in Manchester City’s 5-0 rolling of Fiorentina in Champions League. Abby Dahlkemper (Courage, rights) and Rose Lavelle (Reign, rights) both played 90 for Man City… Sam Kerr (Red Stars, rights) played 90 minutes for Chelsea, who advanced in a 1-1 draw with Atletico Madrid, and had a hat trick in a 6-0 Continental Cup victory over Bristol City… Alanna Kennedy (Louisville, rights) and Shelina Zadorsky (Pride, rights) played 90 minutes and Jess Fishlock (Reign) 81 for Reading who drew Tottenham 6-0.

Catarina Macario played the second half in Lyon’s 3-1 Champions League win over Brondby. Ellie Carpenter (Thorns, rights) and Jodie Taylor (Pride, rights) were unused subs. Lyon advanced to the quarterfinals… Evelyne Viens (Sky Blue) entered Paris FC’s match in the 61st minute and took it over, scoring the equalizer and winner in a 3-2 away win over Bordeaux. She later won a penalty that was not converted.

Mallory Weber (Kansas City) wore the captain’s armband for the 78 minutes she was on for Adelaide, but the result against Brisbane was disappointing, a 4-2 loss… Sam Johnson was a sub for Melbourne City against Western Sydney (l. 4-1) and Newcastle (d. 1-0)

Jada Talley (Louisville, rights) missed a PK — which was scored by a teammate on the rebound — and later scored in Arizona’s 3-1 win over Oregon State. She then played 73 minutes in a 1-0 loss to Oregon. Jill Aguilera (Red Stars) scored the first goal of the weekend for Arizona on an 8th minute header. She played 60 minutes against Oregon… Sarah Sodoma (Louisville, rights) played 74 minutes in Arkansas State’s 2-0 loss to Mississippi State… Alyssa Malonson (Courage) went 65 minutes for Auburn, 1-0 winners over Georgia…Mikayla Colohan (Pride) scored on a penalty for BYU but the goal did not stand up in a 2-1 loss to Santa Clara… Brookelynn Entz (Kansas City) played 97 minutes in Kansas State’s 0-0 stalemate against Kansas… Samantha Coffey (Thorns) scored for Penn State who played a 2-2 draw against Ohio State. The goal gave Coffey 101 college points. Kerry Abello (Pride) played the entire match for Penn State and took a booking in the final minute of double overtime… Joelle Anderson (Dash) assisted on the first of a half dozen Pepperdine goals in a 6-1 blitzing of Pacific… Amirah Ali (Thorns) played 102 minutes for Rutgers who neither scored nor conceded against Maryland… Kelsey Turnbow (Red Stars) started Santa Clara’s rally against BYU with a 13th minute goal. Alex Loera (Kansas City) played 90 minutes and saw a yellow card for BYU… Madison Haley (Red Stars) played all but 8 minutes and notched the assist in Stanford’s 1-0 win over Washington. Kiki Pickett (Kansas City) went the distance for Stanford… Delanie Sheehan (Sky Blue) hit a one-timer from outside the 18 to give UCLA a 1-0 win over Colorado. She then played 57 minutes in a 2-0 win over Utah. Karina Rodriguez (Spirit, rights) played 90 minutes in both matches for UCLA while Lucy Parker (Kansas City) was unavailable… Emily Smith (Louisville) played Cal’s entire 2-1 loss to Washington… Tara McKeown (Spirit) played 75 minutes and Kaylie Collins (Pride) did not play in USC’s 2-0 loss to Utah… Myra Konte (Courage) played 73 minutes in Vanderbilt’s 3-1 triumph over Kennesaw State.

Mallory Weber stands alone in the W-League, where NWSL loanees were once ubiquitous
Jill Scott is back to her old, successful self at Everton