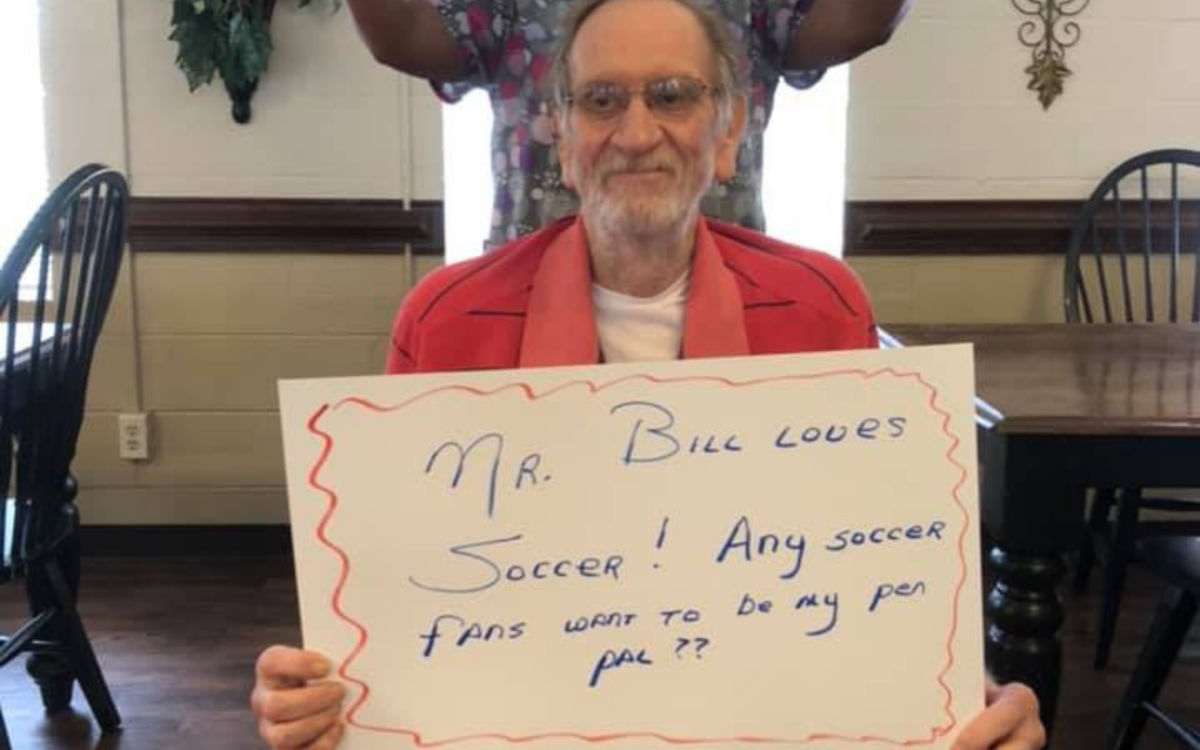 Picture it: WakeMed Soccer Park, sometime between 2017 and 2019. A boy and his dad sit out under the lights and stars, watching the North Carolina Courage play soccer, most likely in a winning effort.

“In those years since 2017, before the [COVID-19] pandemic, it was his favorite thing to do and I loved being able to sit there and watch women’s soccer — his passion — and listen to him talk of all his wonderful memories of teams past,” the son tells me. “Made him so happy to be outside, hanging out with his son, and talking soccer.”

The son is Bill Bullock, the namesake and only child of the man they called Mr. Bill. Earlier this year, Mr. Bill died, not long after contracting COVID at his assisted living home in Cary, North Carolina. His death, and his final months spent mostly in solitude as the cruelty of the pandemic all but eliminated visitation, shined a glorious light on Mr. Bill’s legacy.

This is the story of a man who grew up on baseball and took up soccer to support his son, coaching the game for nearly five decades. Along the way, he created teams and started leagues, coached a future World Cup champion and befriended a current one, and served as a quiet but vital role model for two soccer-playing granddaughters.

Mr. Bill was a San Diego kid, and a San Diego dad. He was there long before the Padres and Chargers but eventually became a fan of both (before swearing off the Charges when they moved back to Los Angeles in 2016). He grew up a baseball and basketball player. At one point, his brother, Richard, took a token gig coaching soccer at Grossmont High School outside San Diego.

“Basically, they didn’t have anybody to coach the soccer team,” the younger Bullock says. “So my uncle said, ‘I’ll do it.’ So my uncle was coaching soccer at Grossmont. But we never really thought much of it. It was just something Rich was doing and whatever.”

But when Bullock was in 8th grade, his Spanish teacher, Henry Pasquini decided to take his class outside to play soccer. Bullock was hooked. Life would never be the same for any Bullock again. Mr. Bill jumped right in, coaching his son’s team — building it from scratch, actually. It was still not 1975. Most of the players who would comprise the famous 1999 Women’s World Cup championship team were young kids. Some had yet to be born. No players who would play in a National Women’s Soccer League game were alive.

Mallory Weber stands alone in the W-League, where NWSL loanees were once ubiquitous
After breakout loan in France, Evelyne Viens is coming for the NWSL