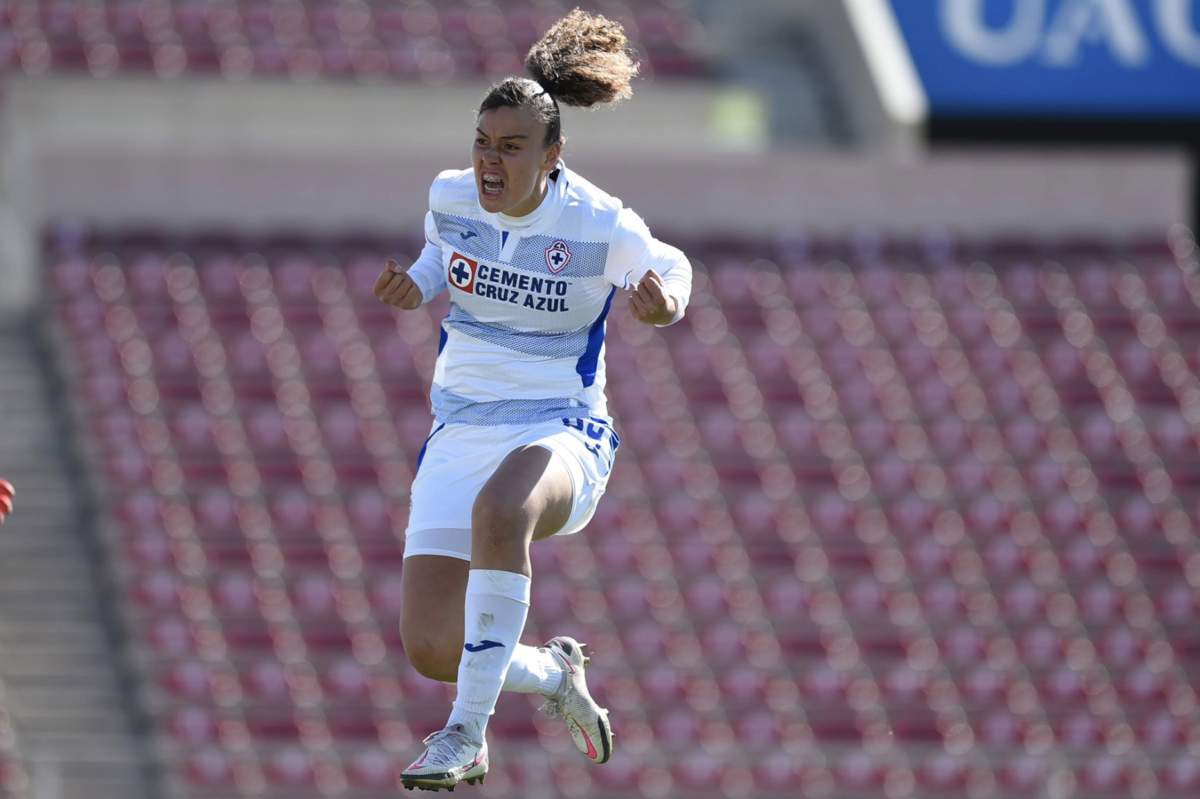 Cruz Azul is making moves in Liga MX Femenil competition, claiming back-to-back victories in Weeks 10 and 11. With the wins, Cruz Azul jumped up to sixth place in the standings. Check out all the latest from Mexico’s top flight.

Cruz Azul had two big wins last week but this one is a little more prevalent considering the opponents’ place on the table. Pachuca — just like Cruz Azul — is vying for one of the coveted spots in the top eight. Cruz Azul leaped over Pachuca for the sixth-place spot. At home on March 10, Cruz Azul scored two goals to capture three points.

Ana Huerta got on the scoreboard first, tapping in a corner kick past Pachuca goalkeeper Esthefanny Barreras. Huerta did have a friendly tap from the opposition, but was credited with the goal.

To kick off the second half, Monica Ocampo equalized for Pachuca with a rebound strike on a difficult angle. However, it wouldn’t be enough for Pachuca to take any points on the road, as a poor clearance on a corner kick left the ball free in the penalty area. Itzel Cruz picked up the ball and put it past Barreras.

Cruz Azul won on the same scoreline in Week 11 against FC Juárez with goals from Susana Romero and Alejandra Curiel.

It seemed like the odds were against Tijuana on Friday, March 12. Tijuana went down early, on the road, against a powerhouse team, Club América. Mayra Pelayo-Bernal scored the opening goal for América off a poorly-defended corner kick from Tijuana. Pelayo had time at the top of the penalty area and hit it past Xolos goalkeeper Itzel Gonzalez.

However, right before halftime, Club América gave up a penalty and Renae Cuellar stepped up and converted. In the second half, Xolos stunned América with a goal from Dulce Alvarado inside the area. Alvarado cut back on her defender and, at an angle, slotted her shot past América goalkeeper Jaidy Gutierrez.

Tijuana won big in Week 10, but fell hard in Week 11 in a loss to Santos Laguna. With the three points in two weeks, Tijuana sits in 11th place. Meanwhile, Club América earned a single point in a gritty 2-2 draw with Tigres in Week 11. Club América now occupies eighth place.

Monterrey has been up and down the table this year. Now, after six points in two matches, Monterrey is in the third place spot. But, there’s no comfort room. It’s a tight race for first place and Monterrey has been inconsistent this Clausura season.

However, a three-goal victory over Club León will help on goal differential if the race gets tighter.

All goals for Monterrey came in the second half, with Christina Burkenroad kicking off the goal-fest with her 50th-minute tally. Burkenroad went one-on-one with her defender inside the box and had a simple tap-in due to a near perfect cross. Six minutes later, in almost the exact same spot as Burkenroad’s goal, Aylin Avilez went through the goalkeeper to double the Monterrey lead. Avilez notched a brace in the 76th minute, cutting back through two defenders and firing past Maria Martinez.

Monterrey is in third place and Club León continues to sink down the table, now sitting in 16th place.

Atlas and Chivas put on a clinic on Sunday, with each side scoring three goals in a back-and-forth contest. Alison Gonzalez, the prolific teenage scorer for Atlas, did not find her name on the scoresheet. Instead, for Atlas, Maria Garcia and Ana Garcia were in charge of scoring goals.

Chivas saw yet another brace from Alicia Cervantes in the second half, with Christian Jaramillo tacking on the lone Chivas first-half goal.

Maria Garcia got the scoring party started in the 16th minute off a free kick. Jaramillo equalized at the end of the first half, in the 41st minute, off a free kick right at the top of the penalty area. However, the second half is where the action happened. On a questionable distribution from Atlas goalkeeper Ana Paz, Cervantes scored her first of two goals on an empty net. Her second goal came in the 55th minute after out-running goalkeeper Paz.

Atlas and Chivas split the points and occupy the second and fourth place spots on the table, respectively.

Hand it to Necaxa, they’re not giving up.

Digging out of last place, Necaxa picked up another victory, this time over a struggling Querétaro team. It took six minutes for Necaxa to score the opening goal, courtesy of Estefany Hernández, who chipped goalkeeper Diana Garcia from about 35 yards outside the goal.

Not only is Necaxa avoiding last place, but they gave themselves a cushion too. With the three points, Necaxa jumped over three teams for the 15th place spot. On the other hand, Querétaro has slipped down to the 13th place spot.

It’s been a rough season for Santos Laguna, but things are starting to look up. In Week 10, they picked up a point, stunning Pumas in a 2-2 draw. After Tijuana handed a big loss to Club América, Xolos stumbled against Santos Laguna at home.

Alexxandra Ramirez scored the match’s lone goal in the 68th minute. Ramirez slipped past her Xolos defender and sent her shot past Itzel Gonzalez inside the penalty area. Xolos’ defending has been a sore spot the entire Clausura season. Meanwhile, the win for Santos will certainly give the group confidence heading into Week 12 against San Luis.