Jill Scott is back to her old, successful self at Everton 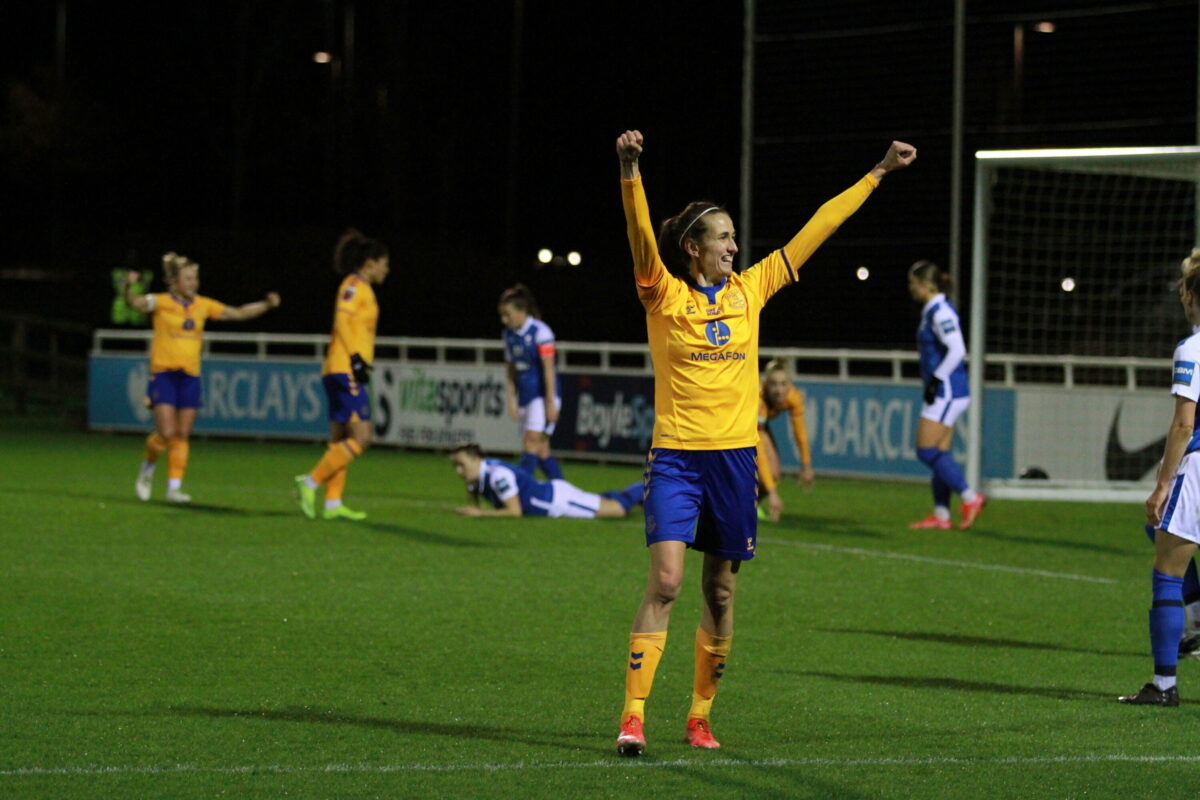 Jill Scott made her 150th appearance for England in their 6-0 friendly win over Northern Ireland in February. At 34 years old, she is now firmly positioned as her national team’s second-most capped player, behind Fara Williams, and she shows no signs of slowing down or receding from the international limelight.

One month prior to that momentous occasion, Scott decided to leave Manchester City and return to Everton on a temporary basis. Having been a part of a successful Everton era during the early-to-mid-2000s, Scott’s move back to Merseyside was the result of her desire to continue playing regularly at the highest level, both for club and country.

“Everybody wants to have minutes on the pitch,” she told BBC Sport. “It’s why we turn up to training. Everton have got a fantastic midfield and it will be difficult to get in. But I felt I needed a new opportunity and a new challenge. I still feel like I have a lot to give. I know I’m turning 34 next week but I still feel like I’m 21.”

With the Tokyo Olympics on the horizon, the loan move was partly spurred by a motivation to be on the Team GB roster. Scott was part of the 2012 games in London and has the iconic five rings tattooed on her side. But she just wasn’t starting enough for Manchester City to feel completely secure in her place. Since returning to Everton, however, she has started every FA Women’s Super League game she has been available for.

The motivation behind the move may be rooted in pure playing time, but it has had another significant implication, namely that she is back to being the Jill Scott English soccer knows and loves. Tactically, Willie Kirk’s Everton side play the style of soccer Scott is best suited too: a mixture of patient build-up and direct passing, where the attacking midfielders are expected to contribute heavily both in pressing and offering support in the final third.

Access the best women’s soccer coverage all year long
Start your FREE, 7-day trial of The Equalizer Extra for industry-leading reporting and insight on the USWNT, NWSL and beyond.
Subscribe
Existing Users Sign In Here
Related TopicsEnglandEvertonExtraFA WSLFAWSLFeaturedGreat BritainJill Scott