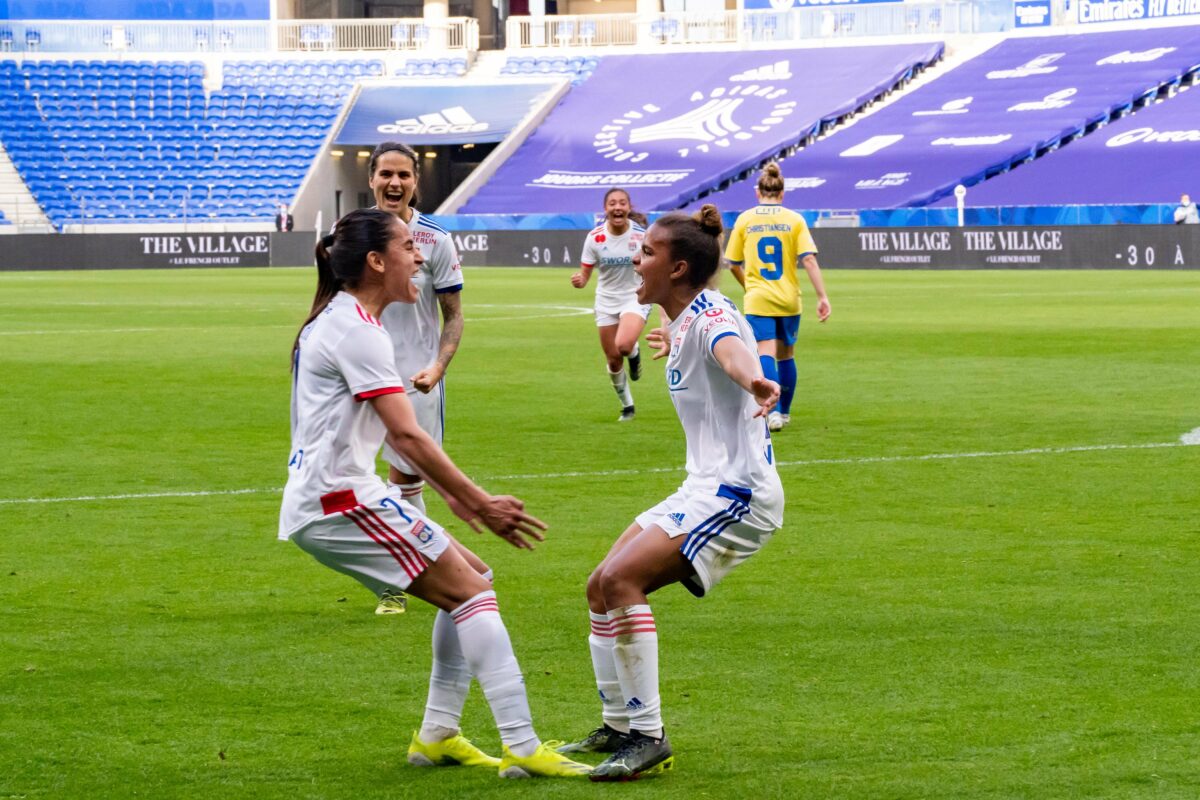 One day before their league match that will likely determine the champion in France, Lyon and Paris Saint-Germain were drawn to face off in an explosive Champions League quarterfinal beginning in less than two weeks in the French capital. The tie is contingent on PSG finishing off Sparta Prague in the lone remaining Round of 16 affair. However, PSG lead that one 5-0 after the home leg in Paris and the return leg figures to be mostly formality.

Lyon meanwhile posted their record 30th straight Champions League result without a loss when they finished off Brøndby, 3-1 to win the aggregate 5-1. Lyon are looking for their sixth consecutive title. Their last loss in Europe was April 29, 2017, to Manchester City in the second leg of their semifinal that Lyon won 3-2 on the way to the title. The were last eliminated in the Round of 16 six years ago—by PSG.

Speaking of Manchester City, the team boasting Sam Mewis, Rose Lavelle and Abby Dahlkemper will open quarterfinal play at Barcelona. Neither side had any issues whatsoever arriving at the last eight. Man City hammered Fiorentina 8-0 on aggregate while Barcelona rocked Fortuna Hjorring, 9-0. Barca are unbeaten, untied and running away with the Spanish title while Manchester City are locked in a tense battle with Chelsea and local rivals Manchester United in England.

Chelsea are also in the quarterfinals and could be part of an all-English semifinal with Man City if they can get the better of Wolfsburg. Chelsea had their hands full with Atletico Madrid but came through 3-1 on aggregate after taking the opening leg at home, 2-0. Wolfsburg had a fairly routine, 4-0 aggregate win over LSK Kvinner with a pair of goals in each leg. Chelsea will host the first leg of the quarterfinal tie.

The fourth quarterfinal pits Bayern Munich against Rosengård. Rosengård drew St. Polten 2-2 in the only Round of 16 tie to be even (no others were within a goal) after the first leg, and had to go on the road to win it which they did 2-0. Bayern, perfect in Germany this season, had no such trouble with BIIK Kazygurt, winning 6-1 away to start and 9-1 on aggregate. Bayern opens this one at home.