WoSo Around the World: Madrid sides joust for UWCL spot 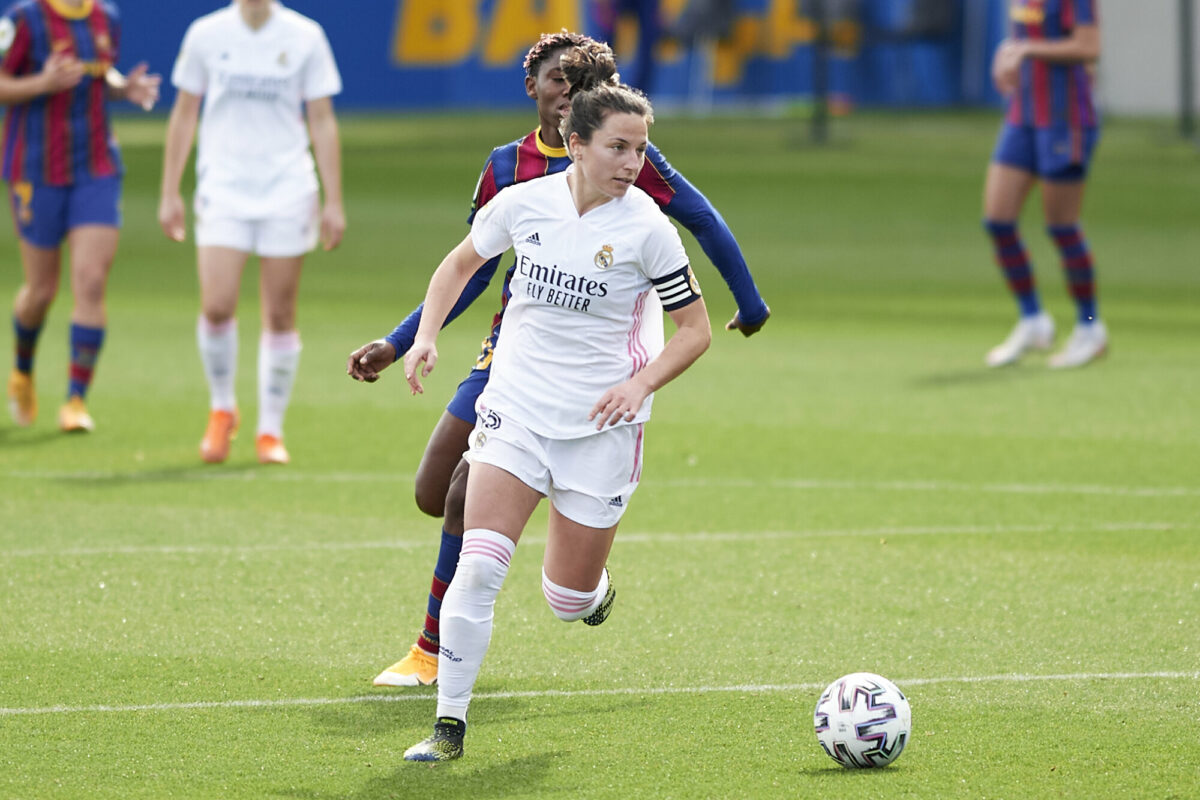 Here is the latest from the top domestic leagues in Europe plus Isabella Valeriano Munson’s recap of key American, NWSL and college draftees weeks around the world.

The Latest: Real Madrid edged ahead of Derby rival Atletico Madrid by winning twice last week to make up their game in hand. Meanwhile, the third side in the Spanish capital, Madrid, were held 2-2 away to Logrono to slide off the pace. The battle is currently for third place and the final Champions League spot. Barcelona continue to be unthreatened at the top of the table. It took them only 8 minutes to go on top of Santa Teresa in a 3-0 win over the weekend. Second-place Levante won 2-0 at Eibar and Esther Gonzalez became the first player to hit 20 goals this season.

The Latest: The most exciting title race in Europe kept on with the top three sides all recording wins. The most challenging was Manchester City who got by Everton 1-0 on Keira Walsh’s goal in the 81st minute. Leaders Chelsea went ahead 7 minutes in through Sam Kerr and beat West Ham United, 2-0. Manchester United had little trouble with Aston Villa, winning 3-0 despite Christen Press joining Tobin Heath on the sideline. At the bottom, Bristol City edged Reading 3-2 to move off the bottom and the sole relegation spot, but West Ham United have a match in hand.

The Latest: While the world waits for Saturday’s Lyon-PSG showdown, neither side was on the league calendar over the weekend. Bordeaux got goals from Canadian Vanessa Gilles and Katja Snoeijs to down Dijon and maintain control of the third Champions League position. They host Paris FC on Friday with the Paris side trying to cut into a 10-point deficit.

The Latest: Bayern Munich conceded for just the third time this season but still rolled Freiberg 5-1 behind a Klara Buhl brace.

Abby Dahlkemper (Courage, rights) sat out Manchester City’s league match but played 63 minutes in a Champions League win over Fiorentina (d. 3-0). Dahlkemper was booked in the match. Sam Mewis (Courage, rights) played 68 minutes in the league (d. Everton, 1-0) and scored the final goal against Fiorentina. Rose Lavelle (Reign, rights) replaced Mewis against Everton and also subbed on inside the final half out in Champions League… Claire Emslie (Pride, rights) subbed on in the 73rd minute for Everton against Man City… Sam Kerr (Red Stars, rights) scored Chelsea’s opener in a 2-0 win over West Ham United and saw a yellow card in a 90-minute run against Atletico Madrid (d. 2-0) in the Champions League… Caitlin Foord (Louisville, rights) scored goals two minutes apart to set Arsenal on their way against Birmingham City, 4-0… Jess Fishlock (Reign) played the final 16 minutes for Reading but could not help erase a 3-2 deficit to Bristol City… Shelina Zadorsky (Pride, rights) and Alanna Kennedy (Louisville, rights) both started for Tottenham Hotspur. Kennedy came out after 70 and Zadorsky played all the way through, but the result was a 2-0 loss to Brighton… Neither Tobin Heath (Louisville, rights) nor Christen Press (Louisville, rights) suited up for Manchester United.

Catarina Macario made her Champions League debut for Lyon, starting and playing 61 minutes in a 2-0 win over Brondby. Ellie Carpenter (Thorms, rights) played the entire match for Lyon. Jodie Taylor (Pride, rights) was an unused sub.

Mallory Weber (Kansas City) scored and was named Player of the Game in Adelaide’s 2-0 win over Sydney in Australia.

Jada Talley (Louisville, rights) played 83 minutes and Jill Aguilera (Red Stars, rights) 60 in Arizona’s 3-0 loss to Washington… Sarah Sodoma (Louisville, rights) went 65 minutes for Arkansas State, 1-0 winners over Little Rock… Alyssa Molonson (Courage) played 70 minutes for Auburn who could not get by Clemson, losing 1-0… Mikayla Colohan (Pride) scored in the 50th minute and again the 53rd to lead BUY over Missouri, 3-0. Three days later she converted a penalty in a 3-1 victory over Loyola Marymount… Tess Boade (Sky Blue) had a goal and an assist on a corner kick in Duke’s 3-0 triumph over UNC-Wilmington… Brookelynn Entz (Kansas City) and Kansas State lost 2-0 to Kansas. Entz was on for 83 of the 90 minutes… Channing Foster (Red Stars) played 90 minutes on March 1 and 6 for Ole Miss, 3-1 winners over Memphis and Georgia respectively. Foster had an assist against Georgia… Samantha Coffey (Thorns) hit the game-winner for Penn State against Indiana and had an assist in a later win over Michigan State. Kerry Abello (Pride) played 90 minutes in both games.

Joelle Anderson (Dash) scored the only goal in Pepperdine’s 1-0 win over San Francisco… Amirah Ali (Thorns) equalized for Rutgers to kickstart a 3-1 win over Michigan State and went nearly all the way three days later in a win over Ohio State…Kelsey Turnbow (Red Stars) had a goal and assist to account for the scoring in USC’s 2-0 win over St. Mary’s. Alex Loera (Kansas City) played 82 minutes for the Trojans… Madison Haley (Red Stars) and Kiki Pickett (Kansas City) both played 70 minutes against Utah and 90 against Colorado. Stanford won the matches 5-0 and 2-1 respectively…UCLA beat both Oregon and Oregon State. Lucy Parker (Kansas City) played 90 and 39 minutes and Delanie Sheehan (Sky Blue) went 81 and 83. Karina Rodriguez (Spirit, rights) played only the back end and went 65 minutes. Viviana Villacorta (Pride) has a torn ACL… Kaylie Collins (Pride) split shutouts for USC against Oregon State and Oregon, playing a half in each match. Tara McKeown (Spirit) assisted the opener against Oregon State and also saw time against Oregon… Taryn Torres (Sky Blue) went the distance in Virginia’s 2-1 win over Virginia Commonwealth.

Jimena Lopez (Reign) played all 90 minutes in Eibar’s 2-0 loss to Levante in Spain.