For the NWSL’s two newest teams, marketing during a pandemic is a creative challenge 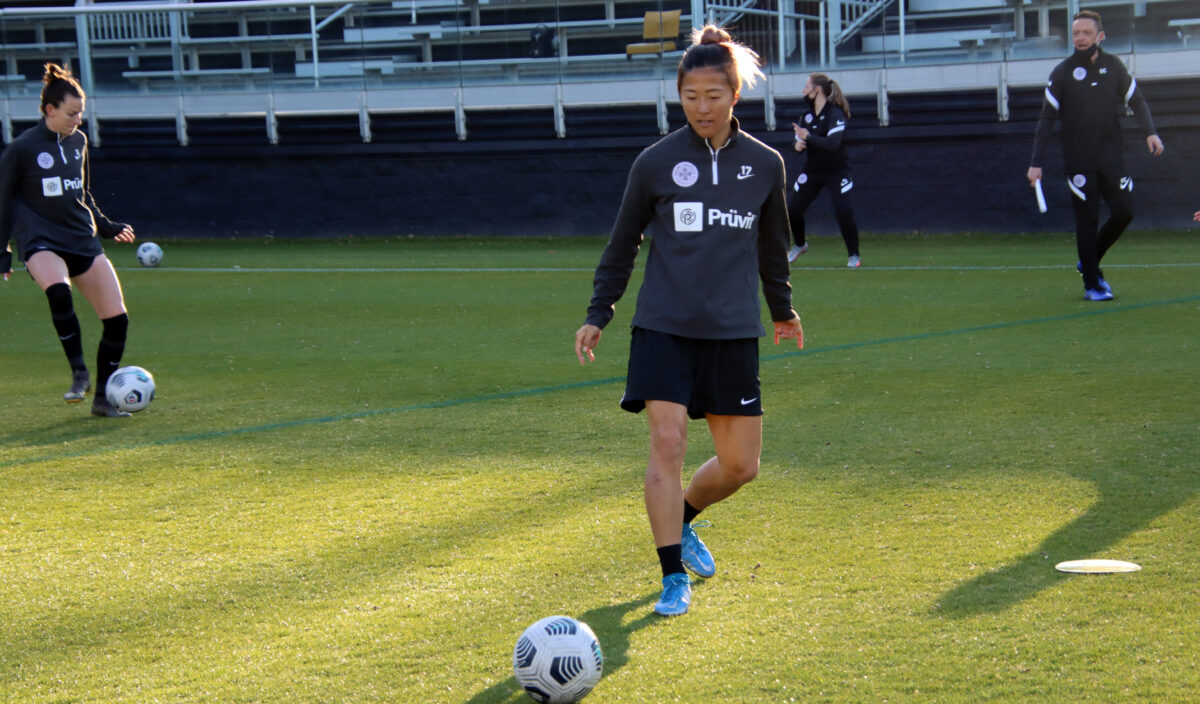 The National Women’s Soccer League announced in the fall of 2019 that it would be expanding to Louisville. Immediately, Leigh Nieves’ emotions seesawed between surprise and unbridled joy.

“When it was announced, I was so shocked,” said Nieves, the president of the Lavender Legion, one of the supporters’ groups for Racing Louisville, the NWSL’s newest expansion club set to debut when the 2021 Challenge Cup kicks off next month.

A few states westward, several of Nieves’ feelings were mirrored by many in Kansas City. While folks in Louisville were thrilled and surprised to see the NWSL expand to their city, fans in Kansas City felt the same way about the league returning to theirs.

“‘Oh my gosh, we got it!’” said Danielle Russell, media director of the KC Blue Crew, a supporters’ group that formed at the beginning of FC Kansas City’s five-season tenure, stayed intact following the team’s departure, and is now ready to rally behind Kansas City NWSL (the team’s temporary name). “It was pure joy.”

But how do you go about marketing new clubs ahead of debut seasons during a pandemic, when much of the marketing and community outreach handbook becomes a non sequitur? That’s the challenge facing two NWSL clubs ahead of the league’s ninth season.

Nieves and Russell are both diehards, the type of fans which clubs like Racing Louisville and KC NWSL do not really have to worry about when looking to make inroads in their respective communities. But for others less acquainted with the NWSL, or yet to become fanatical about the game, the initial relationship forged with a new club in their community can be crucial in forming long-lasting fandom.