Why Tottenham’s Angela Addison is full of potential 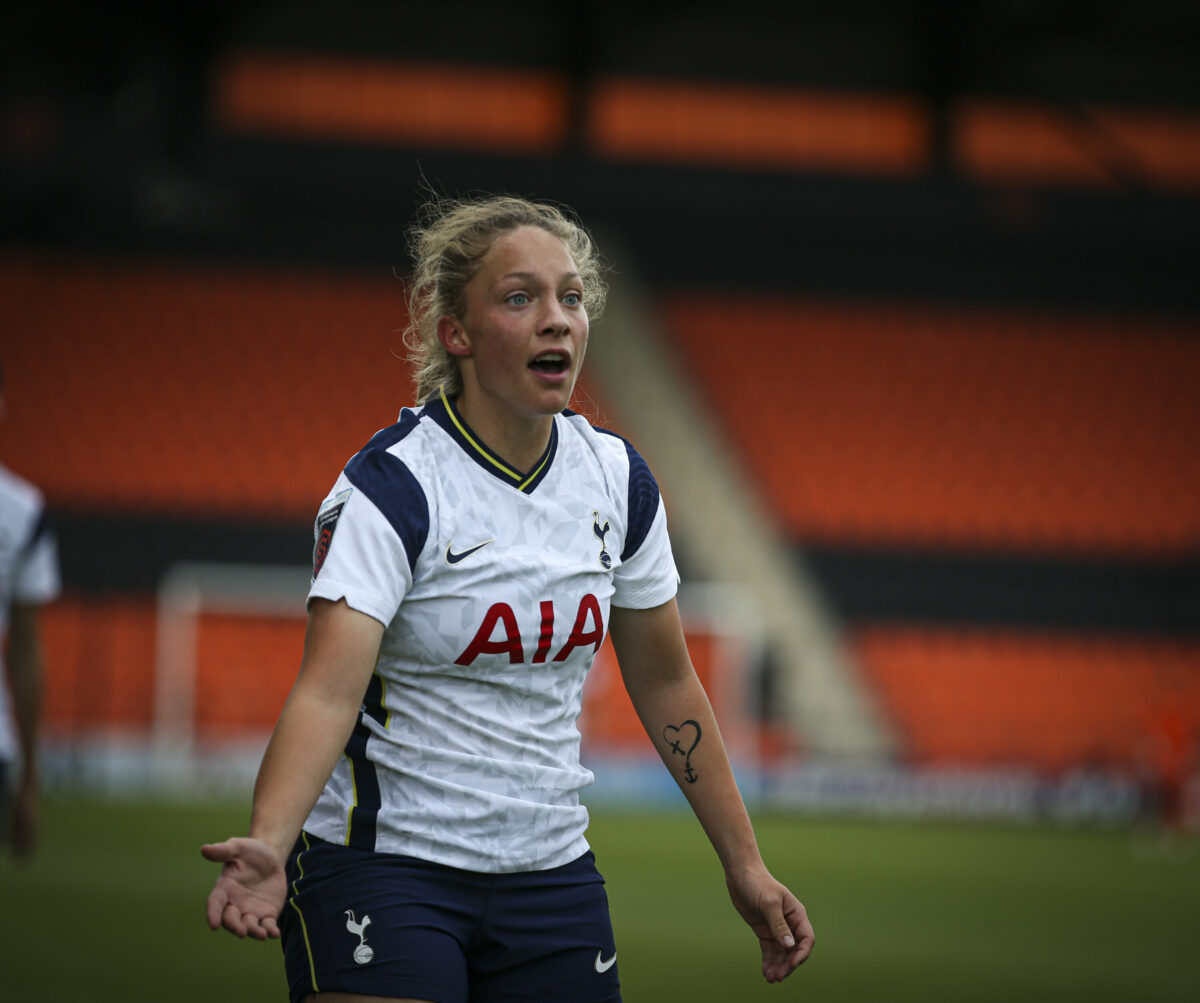 There have been plenty of comings and goings at Tottenham Hotspur this season. Alex Morgan had a high-profile yet brief spell with the club, scoring twice before returning to the Orlando Pride. And then there was managerial turnover, with Rehanne Skinner appointed in November as successor to the previous head coaching partnership of Juan Carlos Amoros and Karen Hills.

Amid all that change, the progress of one young player has stood out. Angela Addison joined Spurs in 2018 and played an important role in the club’s promotion to the FA Women’s Super League one year later. Now in her second season of top-flight soccer, she is starting to establish herself as one of England’s most exciting young attackers.

The 21-year-old winger made headlines at the end of February thanks to an exquisite goal against Everton. After Tottenham won the ball in midfield just past the half-hour mark, Addison sprinted into space in the opponent’s back line, latched onto a ball over the top, and then deftly lofted the ball over the on-rushing goalkeeper with her left foot. It was the ideal way to celebrate her new contract, signed two days beforehand, which extended her stay with Tottenham until the summer of 2022.

Access the best women’s soccer coverage all year long
Start your FREE, 7-day trial of The Equalizer Extra for industry-leading reporting and insight on the USWNT, NWSL and beyond.
Subscribe
Existing Users Sign In Here
Related TopicsAngela AddisonExtraFA WSLFAWSLTottenham