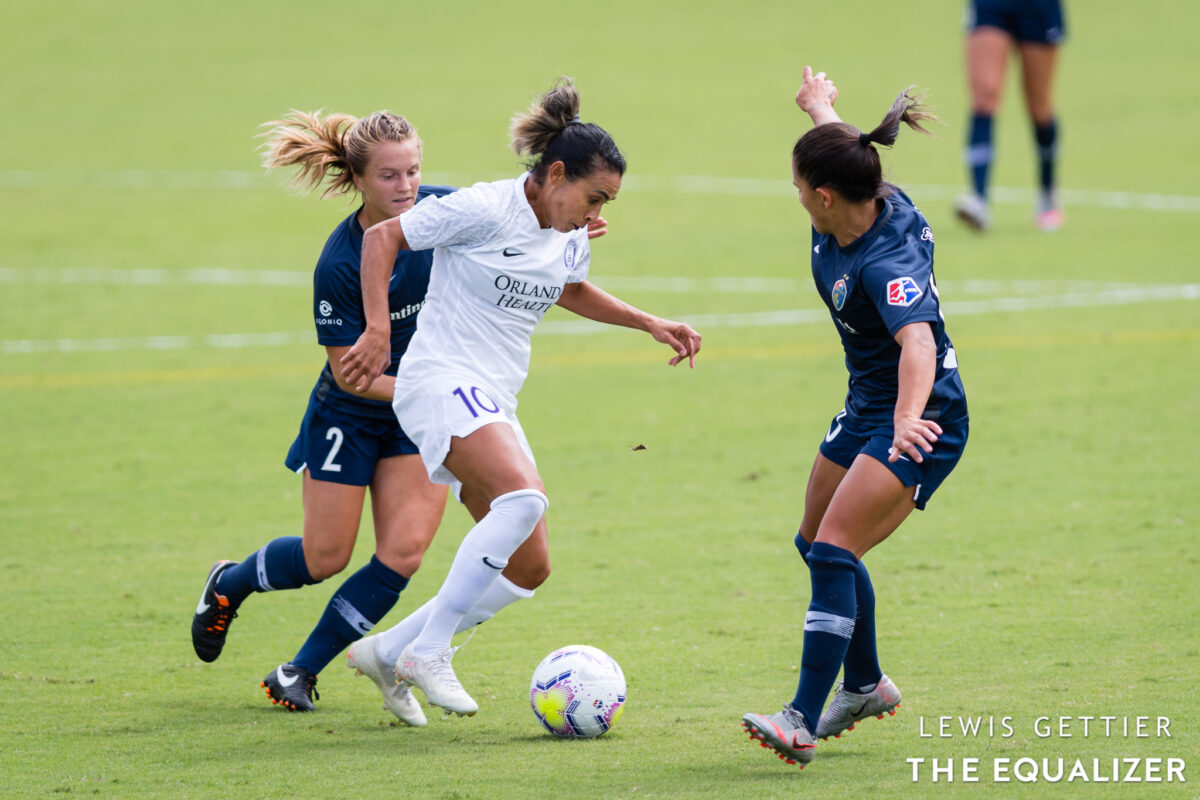 The schedule for the upcoming NWSL Challenge Cup is set. The second annual tournament will kick off on April 9 with defending title champions Houston Dash hosting the Chicago Red Stars in Texas, with the championship match slated for May 8.

Included in the schedule are the debut matches for Racing Louisville FC and Kansas City NWSL.

Kansas City has the first debut, happening on “opening day.” Kansas City will travel to Providence Park to take on the Portland Thorns at 10:30 p.m. EST on April 9. On Saturday, April 10, Racing Louisville will host the Orlando Pride at 7 p.m. for their NWSL debut under head coach Christy Holly.

“I’m so excited to kick off a new year in style with the 2021 Challenge Cup presented by Secret Deodorant, and thrilled to once again partner with our friends at CBS Sports to bring the best women’s soccer league in the world to our viewers,” NWSL Commissioner Lisa Baird said. “My thanks to CBS, Twitch and all of our partners, for continuing to invest in this league and showcasing these incredible athletes.”

Due to the rebrand of CBS All-Access, matches are listed as Paramount+. However, no extra subscription is needed; CBS All-Access is part of the Paramount family. Furthermore, all games will be streamed on Twitch for international viewers.

“We are thrilled to continue our partnership with the NWSL and build on the immense success across all platforms of the 2020 Challenge Cup,” Dan Weinberg, EVP, Programming, CBS Sports, said. “The 2021 Challenge Cup will showcase soccer’s top players, and we look forward to bringing fans the action across CBS, CBS Sports Network and Paramount+.”

The full schedule includes 21 matches, with a couple weekday games tossed in with weekend slates. There are two groups of five teams competing in the tournament. Unlike last year, there is not one strict location for the tournament. Teams will be hosting competition in home markets.

The full NWSL Challenge Cup schedule is listed below.

Andi Sullivan and the space between
The Lowdown: Lisa Baird assesses her first year as NWSL commissioner