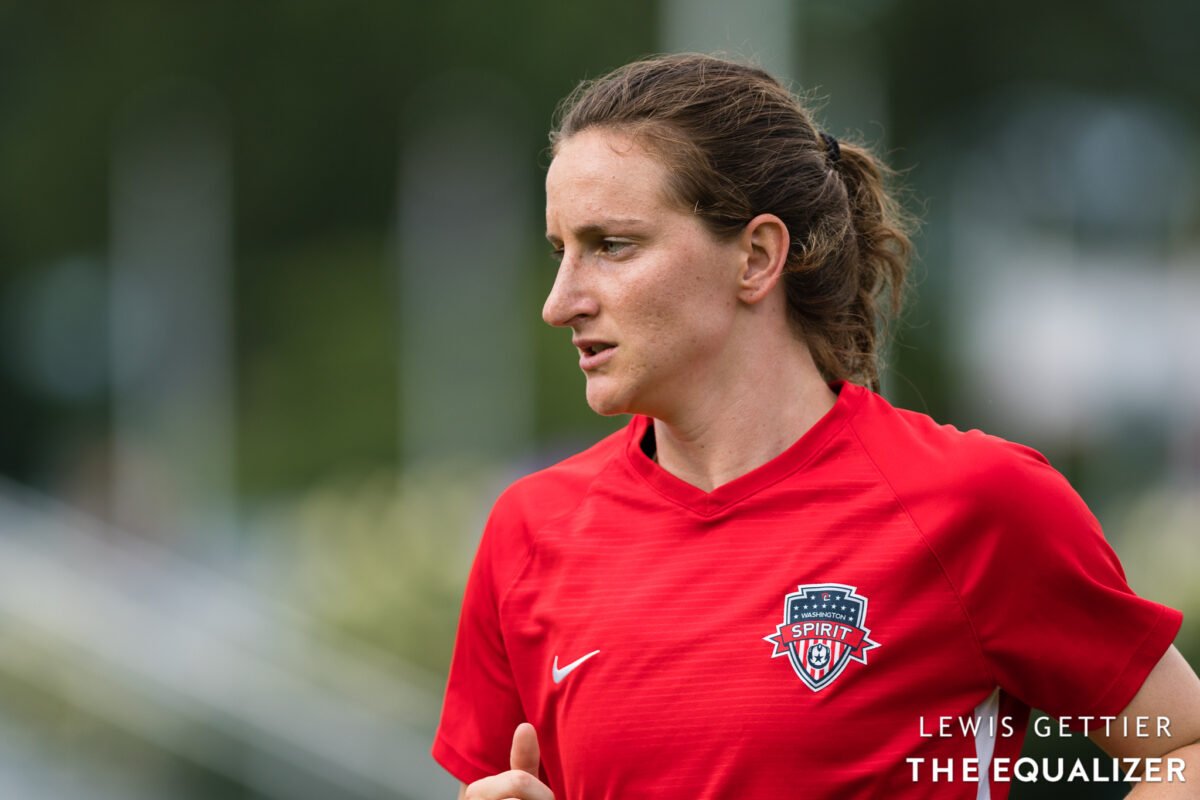 Andi Sullivan and the space between

When Andi Sullivan was chosen as the No. 1 pick by the Washington Spirit in the 2018 National Women’s Soccer League College Draft, she was heralded as the beginning of the next generation of American footballers. She came into the league as a tested member of the U.S. women’s national team, and as a leader that successfully took Stanford to their second-ever national championship. Even in her senior year of college, she had the air of a veteran, coming back from an ill-timed ACL injury to win the Hermann Trophy and score in the College Cup final to solidify her legacy, and show she was ready for greater things.

Since then, however, Sullivan has continued to operate in that sort of in-between of the larger women’s soccer conversation, still at the relatively young age of 25. Maneuvering through the highs and lows of the mercurial Spirit, she’s never quite made it back consistently to the U.S. national team after that ACL injury. She was left on the outside of the 2019 World Cup midfield core and hasn’t had an established run with the national team since. No matter her consistency for club, Sullivan has been on the international bubble for years, yet she is still considered that next generation of player, and that next person on the midfield depth chart.

But what Sullivan represents now, going into a pivotal 2021 NWSL season for both player and club, is probably a little bit different than all of those expectations that followed her into the league. She is not an upstart, still proving her worth on a grander stage. She also is not yet one of the national team veterans with a trophy to her name, a distinction which often gives a player more professional leeway when performance dips or injuries accrue. But she is the one remaining D.C. mainstay of the triumvirate along Mallory Pugh and Rose Lavelle that came to the team with such great expectations. The other two players have since departed. Now, Sullivan is simply a consummate professional, a captain, a viable U.S. women’s national team prospect, and both the heartbeat and the brain of the Washington Spirit.

Access the best women’s soccer coverage all year long
Start your FREE, 7-day trial of The Equalizer Extra for industry-leading reporting and insight on the USWNT, NWSL and beyond.
Subscribe
Existing Users Sign In Here
Related TopicsAndi SullivanExtraFeatured