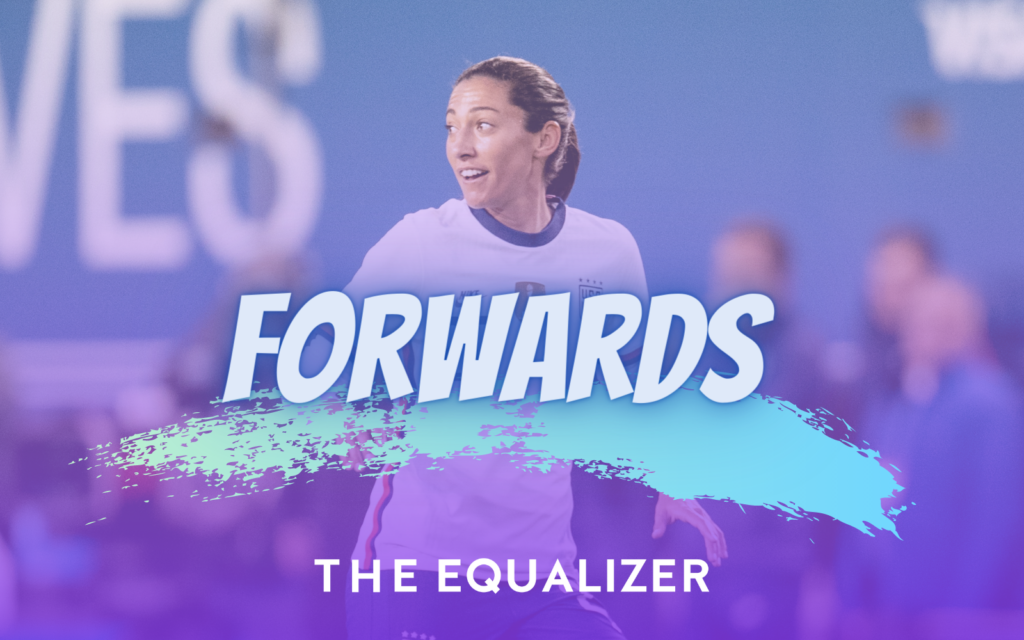 Christen Press can do just about anything

Christen Press is known for scoring world-class goals. The onlooking public swoons over the final product which is so often a picturesque finish bent into the side netting or hammered into the upper corner. Press often does this with such confidence that she makes the extraordinary look easy, even though it is anything but.

That final product, though, is in some ways the simpler part of the process. Press’ training habits and approach to the game embody the notion that most of an athlete’s work is done away from the public eye, on training fields and when nobody else is watching. Her unique approach to the game starts with individual training, where her focus on off-ball movement and manipulating tight spaces — rather than shooting for the sake of it, or individual dribbling drills — develops her ability to distinguish herself from any other forward. More than most, she can seamlessly transition between wide and center-forward roles.

“I think especially in the U.S., we don’t have as many players that manipulate space with off-ball movement,” Press said in an interview last year. “[It’s] something I learned in Europe and I think all European forwards do this, but we don’t often have players who do that. We typically have had players who are using strength to create space. So, I think when I play in the nine specifically, but even wide, my strength is off-ball movement, being very unpredictable, hard to mark, being dynamic and being kind of like blindside, off-ball so that I’m always stretching the line. And I think that’s a huge strength because it gives the midfield more room to play.”

All goal-scorers require a certain level of selfishness to be successful, which Press recognizes. What sets her apart is the execution in those moments. To paraphrase her teammate, Megan Rapinoe, you can always make a selfish decision to shoot and not pass… as long as you score.

“In the final third, I think I’ve always had a goal-scorer’s mentality,” Press said. “Once I’m in range of shooting, I don’t think about anything else. If I happen to pass, it’s because I couldn’t have shot. And I think that there’s a breed of players that are just wired that way. And then there’s a breed of players that play the same position that aren’t. I am wired like that, and there’s also pros and cons to it, but my first thought is always setting my feet to score, setting my feet to take a touch and then score. And then anything else that happens in that space is just a second option, honestly.”

Access the best women’s soccer coverage all year long
Start your FREE, 7-day trial of The Equalizer Extra for industry-leading reporting and insight on the USWNT, NWSL and beyond.
Subscribe
Existing Users Sign In Here
Related TopicsChristen PressExtraFeaturedForwards 2021