With Sacramento under the microscope, NWSL interest looms in Bay Area 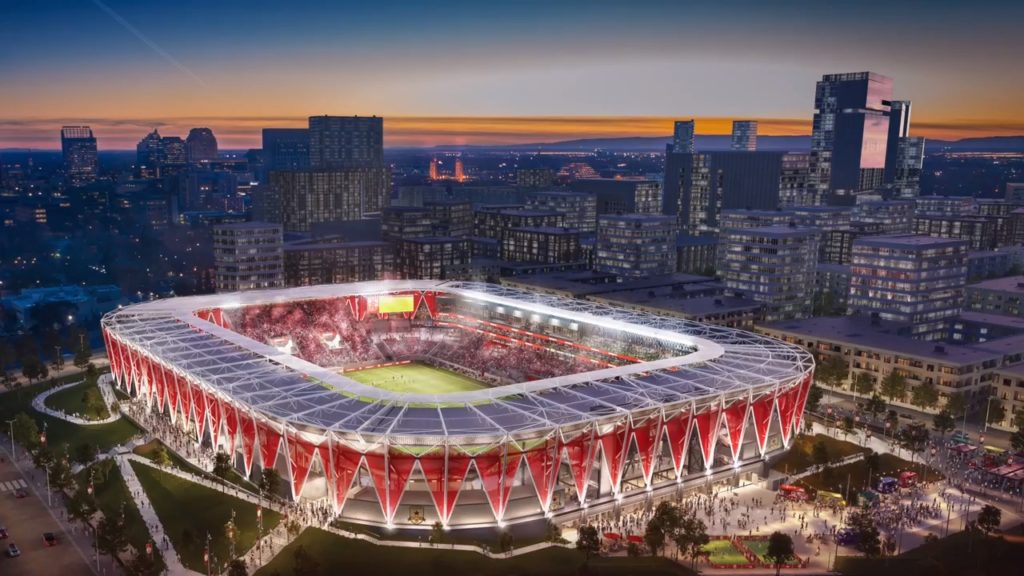 A rendering of the planned Sacramento stadium

The strangest saga yet in the often muddled topic of National Women’s Soccer League expansion efforts incurred another curious plot twist last week, casting further doubt on news which was only ever halfheartedly confirmed in the first place. If that all sounds confusing, it should.

Sacramento might not be entering Major League Soccer as an expansion team at all, following news on Friday that lead investor Ron Burkle is no longer committed to the project. Implications of that also significantly impact the NWSL — with ‘How?’ being the main question. At a bare minimum, the absence of Burkle and MLS facilities and infrastructure would drastically change the scope of the project which was promised to the NWSL when it awarded an expansion franchise to the ownership group for the 2022 season. And on top of that, there are other interested expansion groups knocking on the NWSL’s door — including one emerging locally within Northern California.

MLS issued a statement on Friday announcing that “due to issues related to the COVID-19 pandemic Ron Burkle has decided not to move forward with the acquisition of an MLS expansion team in Sacramento.”

MLS awarded Sacramento an expansion team in October 2019. That team was slated to begin play in the league in 2022, but recently announced a decision to delay that by a year due to the pandemic. Burkle was the lead investor. Sacramento mayor Darrell Steinberg expressed his disappointment with Burkle but promised to work with MLS commissioner Don Garber to still bring an MLS team to the city. That could be a tall order.

That same group in Sacramento is slated to begin play in the NWSL in 2022 and has already made expansion payments to the league. Since news that Burkle was backing out of the MLS deal, the team’s president and COO, Ben Gumpert, has stepped down after four years there. Sacramento Republic FC currently plays in the second-division USL Championship.

What does it mean for the NWSL? It’s complicated. One league source said that nothing has changed with Sacramento from their perspective. The league declined to provide comment from commissioner Lisa Baird. Sacramento Republic did not reply to request for comment. 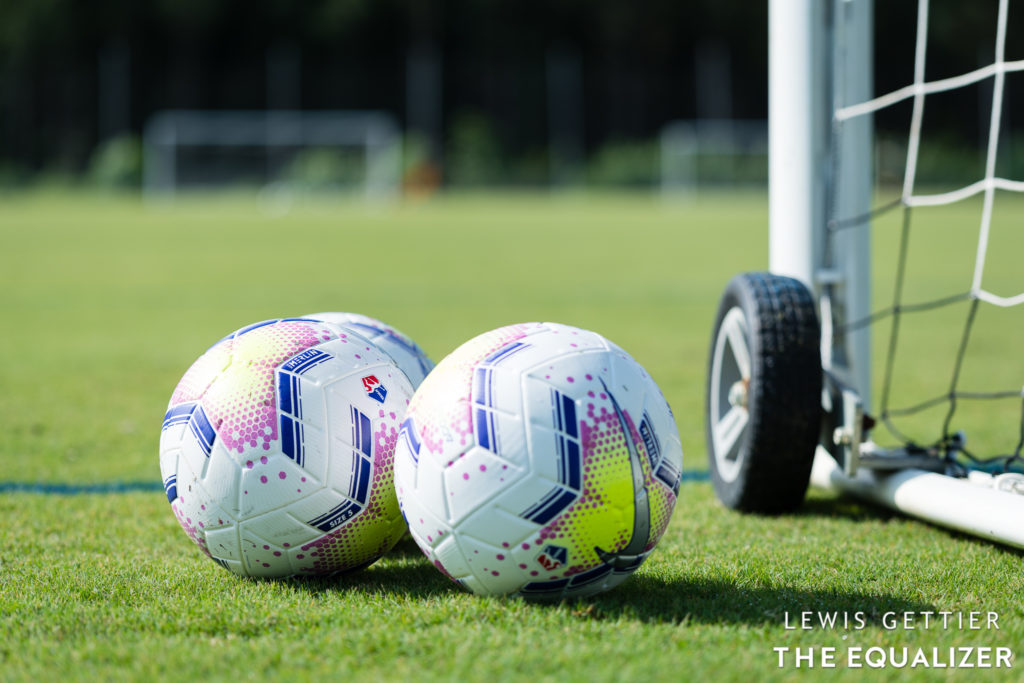 The mysterious process to date

Much like Sacramento was long a target for MLS expansion, the group has also been connected to the NWSL for several years. Discussions to join the NWSL heated up in summer 2019 and were close to coming to fruition toward the end of that year, only for progress to stall over the 2019-20 offseason. Then came word again in summer 2020 that Sacramento was ostensibly close to making things official. Behind the scenes, there was league-wide promise that an official announcement was imminent in August, then September and so on.

Finally, in January, Baird confirmed in a state-of-the-league press conference that Sacramento would be joining the NWSL in 2022, although even then, she declined to share more details, deferring to the ownership group to do so. A spokesperson from Burkle’s investment firm, Yucaipa, confirmed the 2022 NWSL expansion team, but there has yet to be formal launch or even a date shared as to when one might be occurring. Compare that with the (admittedly pre-pandemic) celebrity party that was the announcement of Sacramento being awarded an MLS expansion franchise.

So, yes, there was recent confirmation that Sacramento would be joining the NWSL, including mention of them on the scheduled Dec. 16. Considering the importance of that news, the lack of formal announcement — compare it again to the rollout of Angel City FC last summer — is curious. Baird’s mentioning of Sacramento on a January press call felt more like an application of some pressure on that group from an increasingly (and rightfully) impatient league which has wanted to announce the news.

What does this all mean for the NWSL?

The NWSL is in a slightly different place than MLS regarding this situation. Sacramento has been represented on NWSL board of governors meetings for months already, and the group already made at least part of their expansion-fee payments to the league, per multiple sources. The Athletic reported that Sacramento failed entirely to submit to MLS the long-form expansion agreement or the first expansion-fee payment. Those are two different financial situations which, critically, likely mean different legal positions for MLS and the NWSL should the latter want to renegotiate.

Both leagues have also received significant interest from prospective expansion groups. MLS’ boom in teams is well documented, with the league on the verge of reaching 30 teams and turning down several well-backed groups in a very public process. The NWSL will be a 10-team league in 2021, with Los Angeles (Angel City FC) joining in 2022 — in theory alongside Sacramento. Add to that a 2023 NWSL expansion-team purchase option for the prospective new buyer of Real Salt Lake, and the NWSL’s stated target of 14 or possibly 16 teams, and there are more potentially interested ownership groups than there are expansion opportunities to enter the league. That includes further interest in the Bay Area, not far from Sacramento.

A Bay Area group consisting of celebrities and tech executives from Uber and Airbnb, alongside former United States women’s national team players Brandi Chastain, Leslie Osborne, Danielle Slaton and Aly Wagner, are going public with their intent to bring an NWSL team to the Bay Area. The Athletic first reported word of the Bay Area group in January.

Osborne could not confirm the identity of all potential investors, but she told The Equalizer that the group has raised the necessary capital, and she compared the structure of the group to that of Angel City FC. Osborne said they are in advanced discussions about partnerships with other Bay Area sports teams. Earthquakes Stadium in San Jose, which opened in 2015, would make an obvious choice for a home venue of any prospective team in the area.

The standard protected geographic territory for NWSL teams is a 75-mile radius from a home venue. San Jose would fall well outside of that distance from Sacramento, but it remains unclear if the Sacramento group negotiated into their NWSL agreement an extended geographic territory, which would complicate a Bay Area entry. Osborne said that the group she is involved in is unaffected by Sacramento’s situation and could be ready for the 2023 season, though they still need to present the entirety of their plans to the league. There has been some indication behind the scenes that Baird plans to be pragmatic with expansion after 2022, until a long-term plan is worked out for the league.

Certainly, a prospective ownership group down the road in the Bay Area would add pressure to Sacramento’s ostensible state of flux. A Sacramento team without Burkle’s capital and without the brand-new facilities which were supposed to be built, is one very different from the group awarded an NWSL expansion franchise. That said, the capital required to acquire an MLS team is significantly more than what is needed to join the NWSL. The NWSL in 2019 was privately quoting an expansion fee of $2 million, a number which has since gone up but not drastically. Sacramento was due to pay MLS $200 million to enter the league, on top of stadium construction costs which reportedly ballooned toward $400 million due to the pandemic.

The changes in Sacramento also potentially makes for a far less appealing package than what other prospective groups might be able to offer. But that point is probably moot if Sacramento still has the necessary capital and facilities to meet minimum standards, and has the legal grounds to proceed even if the NWSL might not want to do so (there’s nothing which yet suggests that is the league’s position, to be fair, but the ongoing lack of clarity on the situation does not help the public perception).

Perhaps Sacramento will still join the NWSL starting in the 2022 season, with a strong following and a great ownership and infrastructure; MLS is not at all the only prerequisite for operating a successful women’s team. Much remains to be seen, however, given the lack of transparency thus far around Sacramento and the very serious questions now raised by Burkle pulling out of the MLS deal. Everything might work out fine in the end for the NWSL and Sacramento, but the league undoubtedly is not getting what it signed up for — and could just be stuck dealing with those repercussions.