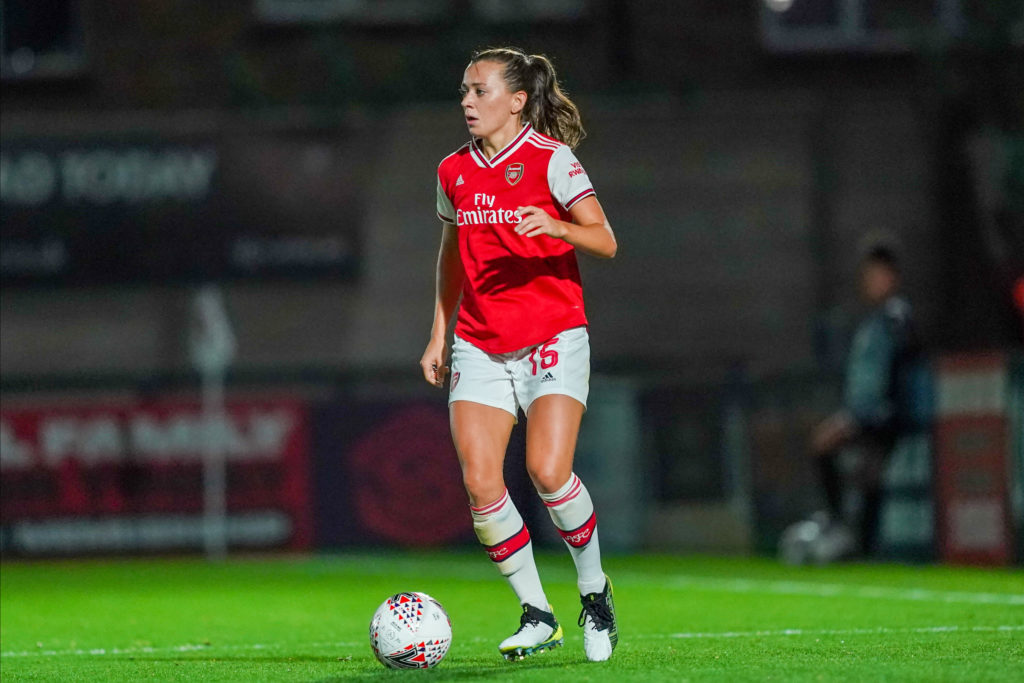 On the pitch, it has been a stellar season for Katie McCabe. She made her 100th appearance for Arsenal in their 4-0 win over Everton, celebrating with something familiar to her, an assist. She has set up eight goals this season, assisting just under 20 percent of her team’s FA Women’s Super League total. Unfortunately, her form has been largely overshadowed by poor decision-making off the pitch.

McCabe, as well as two other Arsenal players, traveled to Dubai during the break in FAWSL fixtures around Christmas. One of the players tested positive for COVID-19 upon their return. It was reported that McCabe explained this as a business-related trip to meet her agent, which Arsenal accepted.

However, pictures she posted of herself on a beach somewhat undermined the explanation, at least in the eyes of a public whose general health, happiness and livelihoods have been compromised by COVID-19.

Arsenal manager Joe Montemurro commented on the situation. “From my perspective, it’s about the moral compass, and the consequences of these situations,” he said. “The players have apologized for their actions, we have dealt with it internally, and for me the really important thing is that it doesn’t happen again.”

Montemurro’s words suggested the matter was resolved, and the celebration when McCabe scored last weekend against Aston Villa — a stunning left-footed drive from long range — seemed to confirm that, as a team, Arsenal are at least trying to move on from any mistakes that were made.

Just weeks before, Montemurro was publicly praising McCabe’s performance levels. “Her character and attitude are amazing,” he said ahead of her 100th outing for the club. “I love working with Katie and week to week and session to session she is performing and she deserves every accolade she gets.”

At 25 years old, McCabe is just entering her prime, something the numbers hint at. Only Manchester City winger Chloe Kelly has more assists in the FAWSL this season, and no other fullback has completed more dribbles or has set up more shots with a pass. 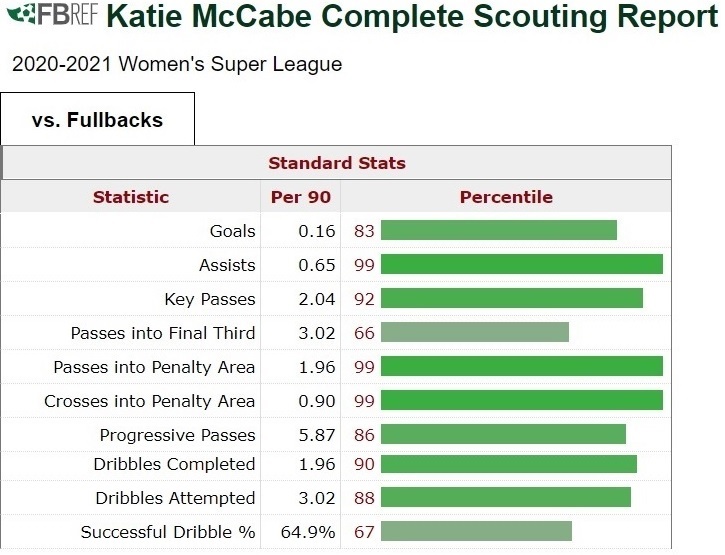 Access the best women’s soccer coverage all year long
Start your FREE, 7-day trial of The Equalizer Extra for industry-leading reporting and insight on the USWNT, NWSL and beyond.
Subscribe
Existing Users Sign In Here
Related TopicsExtraFA WSLFAWSLFeaturedKatie McCabe