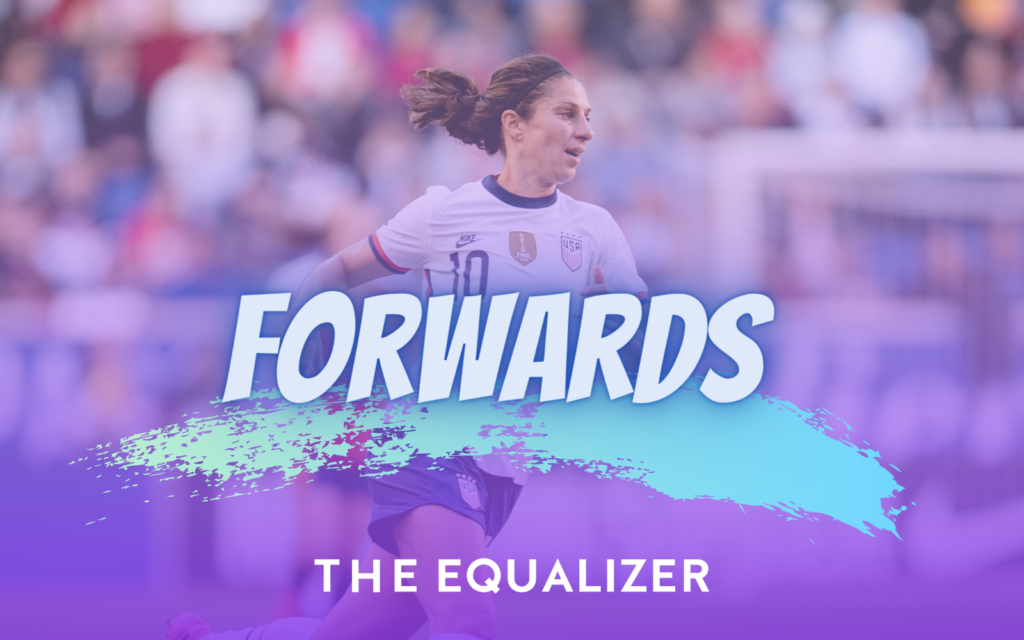 Carli Lloyd is the forward with a midfielder’s mind

Considering her last five years at the international level, it might be easy to forget that Carli Lloyd originally became a household name with the United States women’s national team by scoring the game-winning goals in back-to-back Olympic finals — and a hat trick in the World Cup final — as a midfielder.

This era of Carli Lloyd the forward only accounts for one-third of Lloyd’s storied international career, however. Since her senior United States national team debut in 2005, Lloyd played practically everywhere in the front six, mostly in variations of a 4-4-2 formation in the first decade. Lloyd was a defensive midfielder, box-to-box midfielder, attacking midfielder and — at times — shoehorned into wider positions as different coaches played with different tactics. Her path to an out-and-out striker for the U.S. national team is unique to any other forward currently in the rotation, and that experience shapes how she plays the position today.

“Being able to kind of play all those positions, being more of an attacking-minded player, it’s kind of given me an idea of what I like in a forward and how I would want to play,” Lloyd told The Equalizer in an interview last year. “I like the combination play, so when a midfielder plays me the ball, I’m looking to kind of lay it off. I’ve just had to kind of evolve my game over the years.”

Evidence is abundant of Lloyd’s desire to combine more closely with the midfield line than a traditional forward.

Access the best women’s soccer coverage all year long
Start your FREE, 7-day trial of The Equalizer Extra for industry-leading reporting and insight on the USWNT, NWSL and beyond.
Subscribe
Existing Users Sign In Here
Related TopicsCarli LloydExtraFeaturedForwards 2021