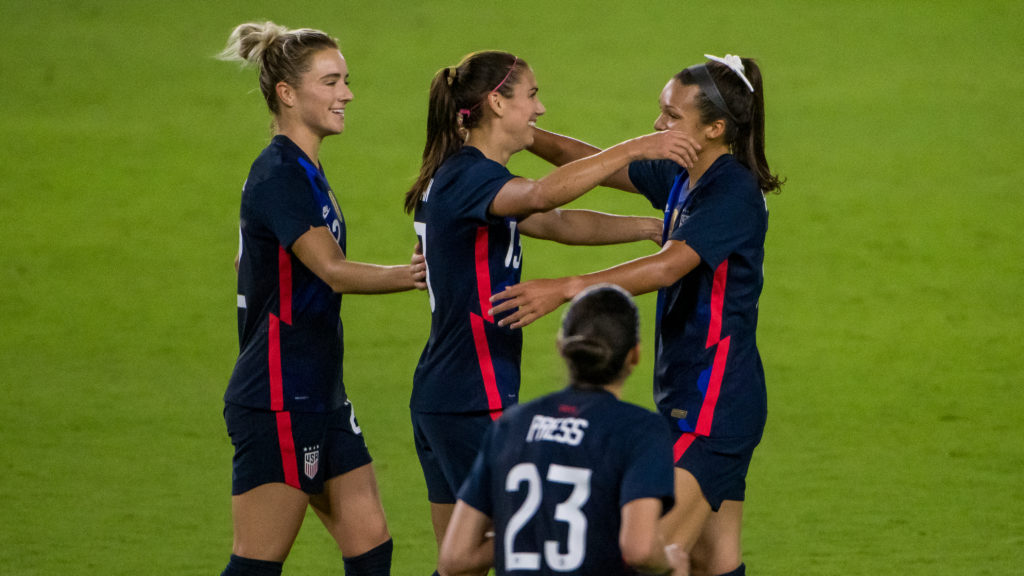 Yesterday, the Portland Thorns FC announced the re-signing of Crystal Dunn and Lindsey Horan to new three-year contracts, with the use of allocation money. Both players are now off U.S. Federation contracts and freed up spots for new players, including their teammate Sophia Smith.

According to the NWSL, nine players are allocated this year between the U.S. and Canada that weren’t allocated in 2020.

Not allocated in 2021 by U.S. Soccer are Morgan Gautrat and Allie Long. For the Canadians, Shelina Zadorsky of the Orlando Pride, but currently on loan with Tottenham Hotspur, is no longer allocated in 2021.

There are 22 players allocated from U.S. Soccer and 10 from Canada Soccer.

The NWSL season kicks off in April with the Challenge Cup, and then regular-season play will commence in May.

** = Player who will receive an allocated salary from U.S. Soccer should they return to the NWSL for the 2021 Season

Decisions, decisions: Three thoughts as USWNT wins another SheBelieves Cup
Carli Lloyd is the forward with a midfielder’s mind