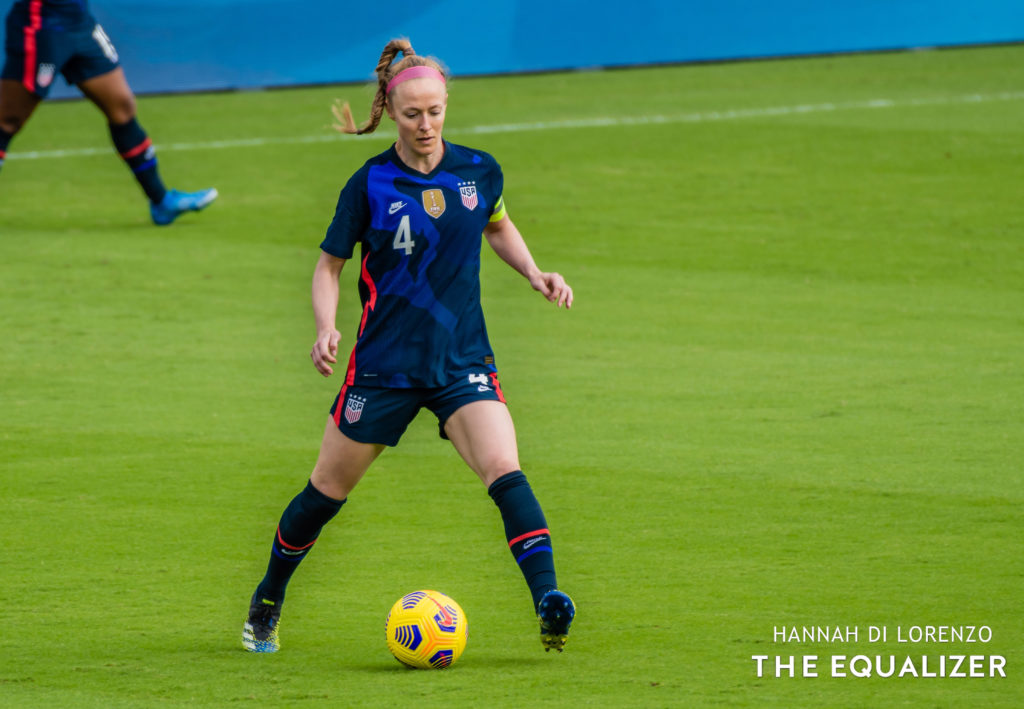 The U.S. women’s national team captured their fourth SheBelieves Cup title on Wednesday night after a 6-0 victory over Argentina. Meanwhile, Brazil secured second place after a 2-0 win over Canada.

The U.S. started on the front foot on Wednesday night, as they put away four first half goals. Megan Rapinoe scored two in quick succession, while Carli Lloyd and Kristie Mewis added one more each before the break.

Kelley O’Hara played the first 32 minutes of the match and was replaced in a pre-planned substitution by Emily Sonnett, as O’Hara works her way back to fitness.

Argentina was able to hold off the U.S. for much of the second half, but Alex Morgan added a fifth goal in the 84th minute, her first since becoming a mother last May. The through ball was weighted perfectly by Sophia Smith, and Morgan made no mistake with the finish.

And Alex Morgan makes it 5! Her first goal since being back with the #USWNT! Sophia Smith with the assist. pic.twitter.com/5ozjkuG5py

Christen Press rounded out the scoring just minutes before the final whistle with a header at the back post. 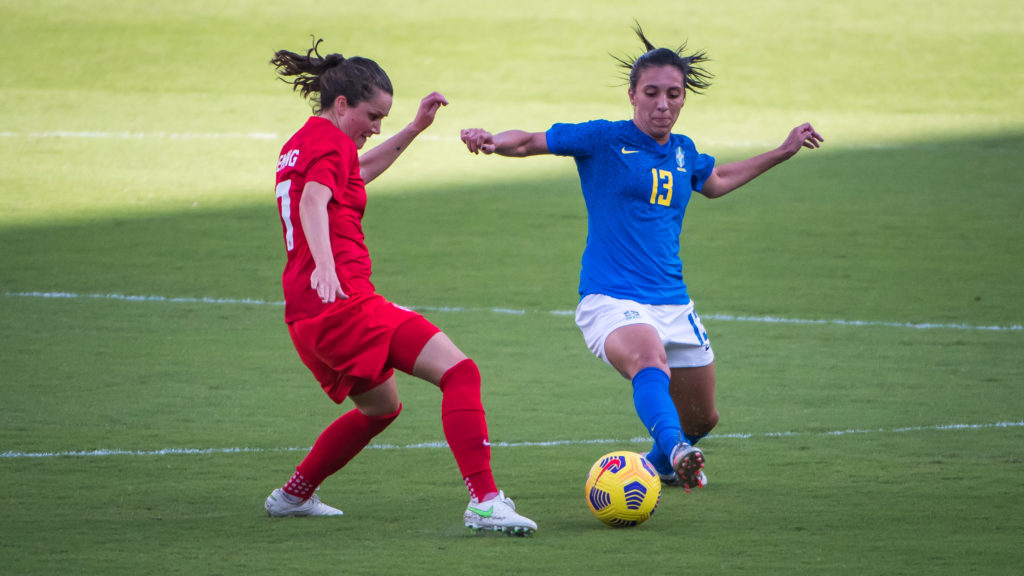 First half goals from Debinha and Julia Bianchi sealed the win on Wednesday night for Brazil.

The first goal stemmed from a defensive giveaway by Canada, and Brazil made no mistake. Driving to goal, Adriana slipped her shot under Canadian keeper Stephanie Labbé. It hit the inside of the opposite post and came back to Debinha, who buried the second try.

Debinha is the evergreen 🔥 emojipic.twitter.com/thyU9QLp2w

And before halftime, Brazil added the second. After a series of half-clearances kept the ball in Canada’s box, it fell to Bianchi, who shot it up and over Labbé into the back of the net.

With the win, Brazil finishes the SheBelieves Cup with two wins and a loss, while Canada finishes with one win and two losses (and just one goal scored).

Crystal Dunn is her own category of player
Decisions, decisions: Three thoughts as USWNT wins another SheBelieves Cup