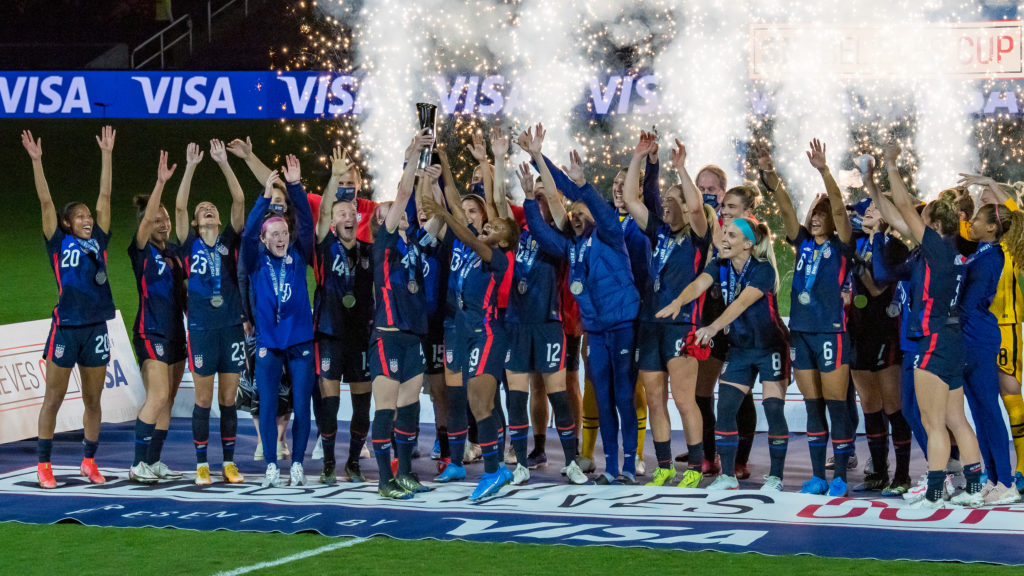 Following decisive but often sloppy wins over Canada and Brazil, the United States women’s national team left no doubt about who was boss against Argentina on Wednesday night in Orlando. The 6-0 win made the Americans repeat SheBelieves Cup champions for the first time and completed the tournament’s first three-shutout performance.

Here are three takeaways as the U.S. inches closer to this summer’s Olympic Games in Tokyo.

How do you choose a midfield?

Much of the commentary around the tournament has centered on the Olympic roster, but there is also some fierce competition to earn starting positions in midfield. It’s easy to say the three best midfielders are Julie Ertz, Lindsey Horan, and Sam Mewis, but that leaves Rose Lavelle on the bench. All Lavelle did during SheBelieves was win MVP of the tournament (even if she said others were more deserving).

So, how in the world do you pick a midfield?