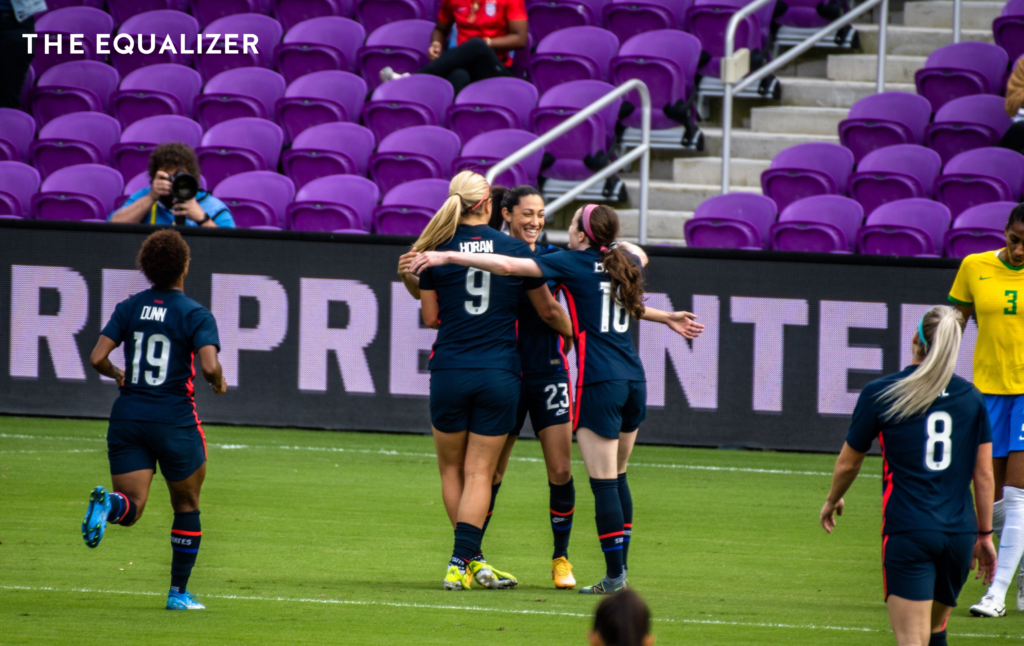 Pia Sundhage faced off against her former team, the United States, on Sunday afternoon in Orlando, with her new national team Brazil. The United States got an early lead and the staved off the pressure from Brazil to win 2-0.

Christen Press scored the early goal of the match, cutting back outside the box and firing with her right foot at goal. Press beat out Brazilian defender Bruna Benites and eventually goalkeeper Bárbara.

Christen Press with the opening strike early on in Orlando! Press cuts back and lets it rip to the far post. #USAvBRA | 1-0 pic.twitter.com/XnletrsBDB

Both sides had plenty of chances throughout the match. Ludmila was close to equalizing in the first half, but her shot went wide. In the second half, Brazil’s best chance came late in the match, with Marta serving the ball inside the box to Debinha, who hit her shot wide.

Megan Rapinoe scored an insurance goal for the United States in the 88th minute, off an assist from Lindsey Horan. Rapinoe found space in front of Jucinara and hit Horan’s cross on a one-touch volley. Rapinoe celebrated the goal by running over to the camera and folding her arms together to “rock the cradle” and then blew a kiss to teammates Ali Krieger and Ashlyn Harris, who adopted daughter Sloane Phillips last week.

Brazil attempted to push in the last few minutes, but the United States claimed victory, and jumped into first-place in the SheBelieves Cup standings, which are below and will be updated after the second game.

The United States takes on Argentina in the SheBelieves Cup finale on Wednesday at 7 p.m. EST. The earlier match will be Canada and Brazil at 4 p.m.

A collegiate player from Michigan sealed three points for Canada.

It was the first international goal for Sarah Stratigakis in the 92nd minute, in stoppage time. She entered the match in the 73rd minute, coming on to replace Jade Rose. Stratigakis scored off a set piece play, but she wasn’t the original target. Instead, Stratigakis ran into the box to pick up a rebound after the ball bobbled around in the box, and sent it past Argentinian goalkeeper Laurina Oliveros.

Canada — who had a handball call missed against the United States — seemed to avoid disaster in the 67th minute, when the ball came close to hitting Rose’s arm. Argentinian players objected the ball did make contact inside the box with Rose’s arm.

At the death!!! Canada scores, courtesy of Sarah Stratigakis!! There's six minutes of stoppage time coming up for Argentina to find an equalizer. #ARGvCAN | 0-1 | 🇨🇦 pic.twitter.com/jQbA9SlzDD

Argentina had chances throughout the match but also saw some players pick up injuries, specifically midfielder Lorena Benítez, who was stretchered off the pitch in the 57th minute.

Bev Priestman called for bravery. Canada showed that and more in frustrating the USWNT
Lauletta: Is the USWNT Olympic roster nearly set?