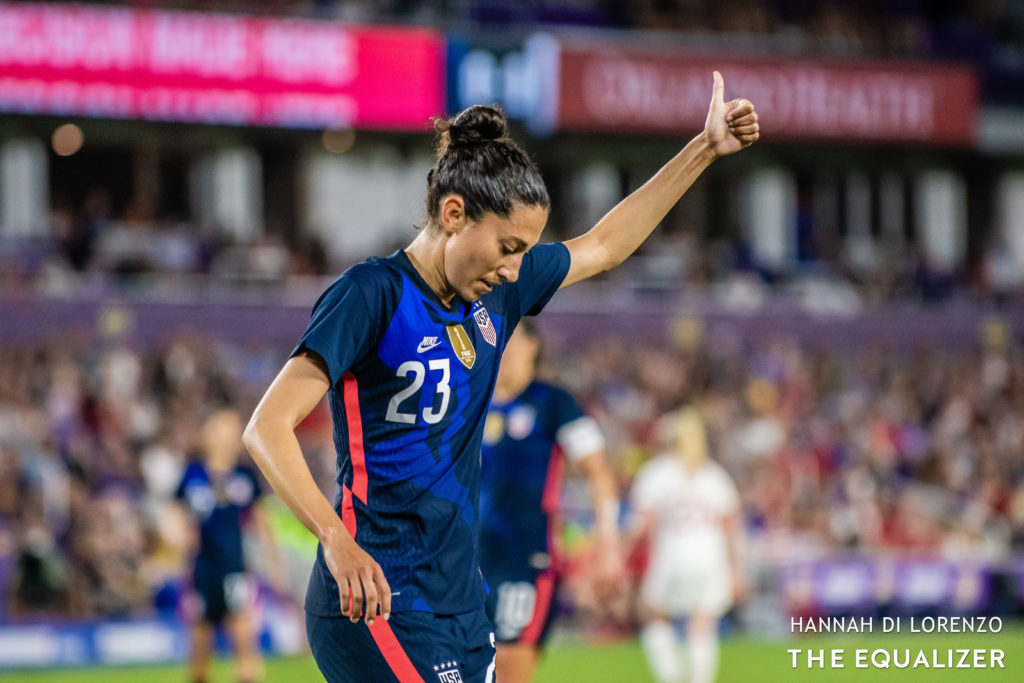 It must be a nice luxury to play two games that could be considered subpar performances, but still beat two top-10 teams in the world without conceding a goal, to improve to 15-0-0 since taking a job. That is the situation which Vlatko Andonovski finds himself in after the United States women’s national team defeated Brazil, 2-0 on Sunday afternoon, three days after a 1-0 decision over Canada. The wins mean the U.S. need only a draw Wednesday night against Argentina to win the SheBelieves Cup again.

“These matches were difficult and they’re a great character-builder for us as a team,” Andonovski said following Sunday’s match. “This tournament was set with that in mind, that we want to play the best competition possible. We want to play against different types of opponents that will present different challenges. We can go back in a room now in the office and study.”

(All four teams in the tournament were originally ranked in the top 10, but Japan pulled out due to COVID-19 concerns. Argentina, tied for 31st in the world rankings, was a last-minute replacement.)

As for the U.S. team, any thought that last year’s extended dormant period, and the postponing of the Olympic Games by a year, would wreak havoc with the roster seem to be mostly unfounded. Andonovski appears to have honed in on a large majority of the roster that will represent the team in Tokyo this summer. The 2021 SheBelieves Cup looks to like an exercise in experimenting with different combinations and substitution patterns, with only a few roster spots likely up for grabs.

Access the best women’s soccer coverage all year long
Start your FREE, 7-day trial of The Equalizer Extra for industry-leading reporting and insight on the USWNT, NWSL and beyond.
Subscribe
Existing Users Sign In Here
Related Topics2021 SheBelieves CupExtraFeaturedVlatko Andonovski