Pushed by Canada, USWNT finds a way to win ugly 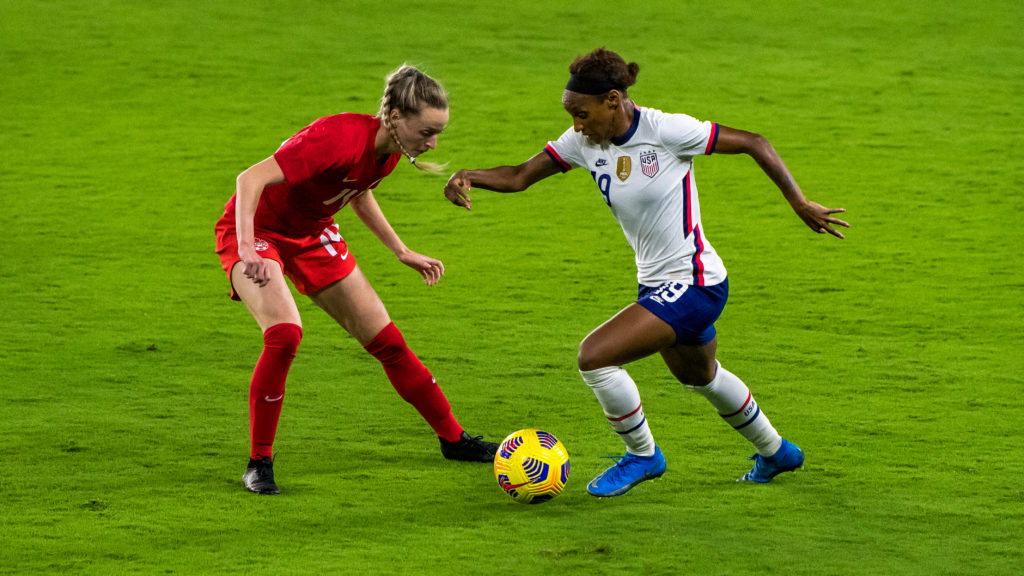 It was a moment that made United States women’s national team fans collectively groan from their socially distanced perches around the country. Crystal Dunn and Becky Sauerbrunn were not on the same page as Dunn attempted a back pass to evade Canadian pressure. The resulting turnover gave Canada a two-v-one with Nichelle Prince peeling off Sauerbrunn to run onto the errant ball from Dunn. Janine Beckie made a far-side run. Only Abby Dahlkemper was available to scramble back for the U.S.

It was a sequence that could have — really should have — resulted in a goal. Canada, who has not defeated the United States in two decades, should have been ahead in the SheBelieves Cup opener.

It would have been only the fourth goal conceded by the United States in 14 games under Vlatko Andonovski, and the first time ever falling behind in a match during his tenure.

Fortunately for the Americans, Dahlkemper and goalkeeper Alyssa Naeher played the sequence well. Dahlkemper ran directly at Prince which allowed Naeher to get into position to face up Beckie. Also to the benefit of the U.S., Beckie took a touch she probably didn’t need to, which allowed Dahlkemper to move back toward the shot. And then the shot was a weak one, easily handled by Naeher. Crisis averted.

That’s what Thursday night in Orlando was about for the U.S., who defeated Canada 1-0 on a late goal from Rose Lavelle.

Access the best women’s soccer coverage all year long
Start your FREE, 7-day trial of The Equalizer Extra for industry-leading reporting and insight on the USWNT, NWSL and beyond.
Subscribe
Existing Users Sign In Here
Related Topics2021 SheBelieves CupExtraFeatured