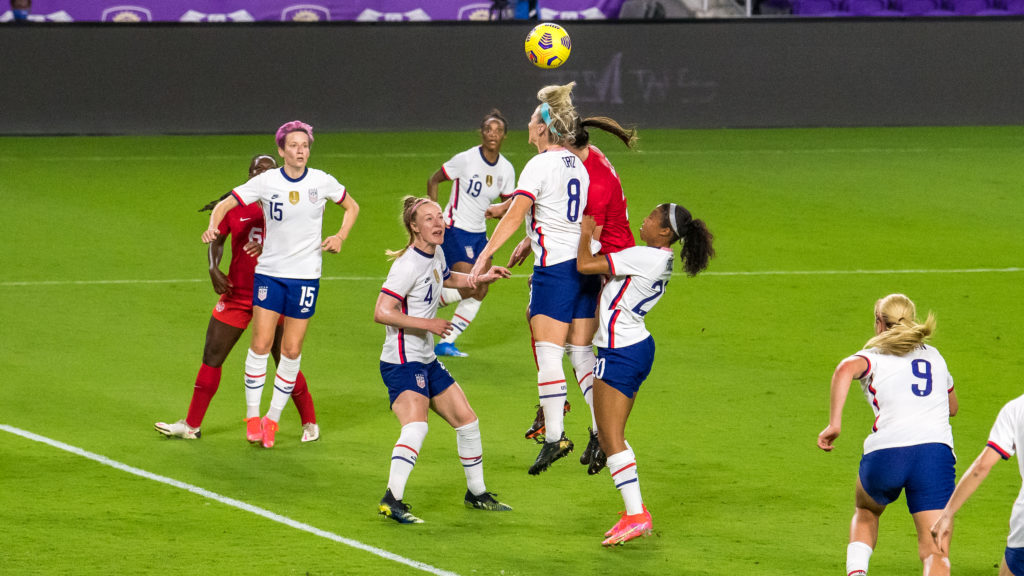 And in the first match of the tournament, Brazil — in their own rivalry match — topped CONMEBOL foe Argentina, 4-1.

Canada and the United States were the later fixture of the first day of SheBelieves action. The theme was “rivalry week,” with the two CONCACAF rivals facing off once again. Canada started off the match shaky on defense, but then settled into a routine. While missing stars like Jordyn Huitema, Christine Sinclair and Ashley Lawrence (among others), the Canadians were able to hold the United States scoreless for a majority of the match.

In the first half, Canada was dealt a major blow when goalkeeper Kailen Sheridan went down injured around the 10th minute. The injury appeared to be a non-contact injury around the hip area. Longtime Canadian goalkeeper Stephanie Labbé entered the match shortly after.

For the first 20 minutes, Canada was pinned inside their own end. However, in the second half, the match opened up more. After a giveaway by Crystal Dunn, Janine Beckie was unselfishly given the ball by Nichelle Prince in front of goal, but her shot was right at Alyssa Naeher. Canada also had shouts for a penalty kick, as Midge Purce looked to get her arm on the ball in the box:

OH MY! Handball in the box missed here? #USAvCAN pic.twitter.com/NRao1zot1b

However, the U.S. were relentless, and had chance after chance deep into the second half. It was substitute Rose Lavelle that made the difference in the 79th minute, when she smashed a rebound off a free kick through traffic and past Labbé to give the United States the victory.

GOAL!! ROSE LAVELLE! And the #USWNT are up 1-0. #USAvCAN pic.twitter.com/KpPcNWAsy1 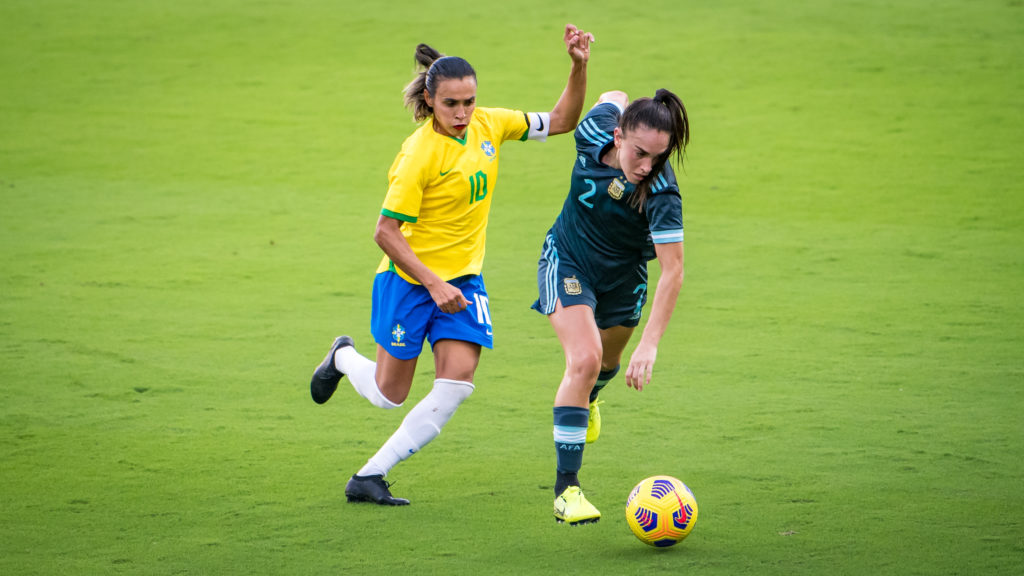 Pia Sundhage wanted to see pretty goals scored, and she got it from Brazil.

In a CONMEBOL rivalry, one that’s hardly showcased in the United States due to it normally being played in the South American countries, Brazil and Argentina kicked off the SheBelieves Cup with an age-old rivalry. Brazil took the victory, 4-1, in Orlando to start off the tournament on a hot note.

Argentina didn’t back down, though. The Argentinians gave Brazil a run for their money, holding the Brazilians to just one goal in the first half, courtesy of a Marta penalty kick that was won by Adriana. In the second half, though, the competition opened up for Brazil.

Relive all the action from @CBF_Futebol's victory over Argentina with our 90' in 90" pic.twitter.com/Du1gRP4IoW

Coming out of the locker room, Debinha gave Brazil a picture-perfect start with a 47th minute goal. Debinha sliced her way through the Argentina defense and hit her shot inside the penalty area. Adriana, who won the first-half penalty, scored less than 10 minutes later.

Argentina did find some momentum, though, with Kansas City signing Mariana Larroquette scoring in the 60th minute. However, Brazil put the final nail in the coffin with a screamer from Geyse in the 82nd minute, to seal the deal and the three points.

Brazil takes on the United States on Sunday, while Argentina faces off with Canada.

Pia Sundhage Q+A: ‘I’ve been around the world… what I bring is the culture, storytelling’
Pushed by Canada, USWNT finds a way to win ugly