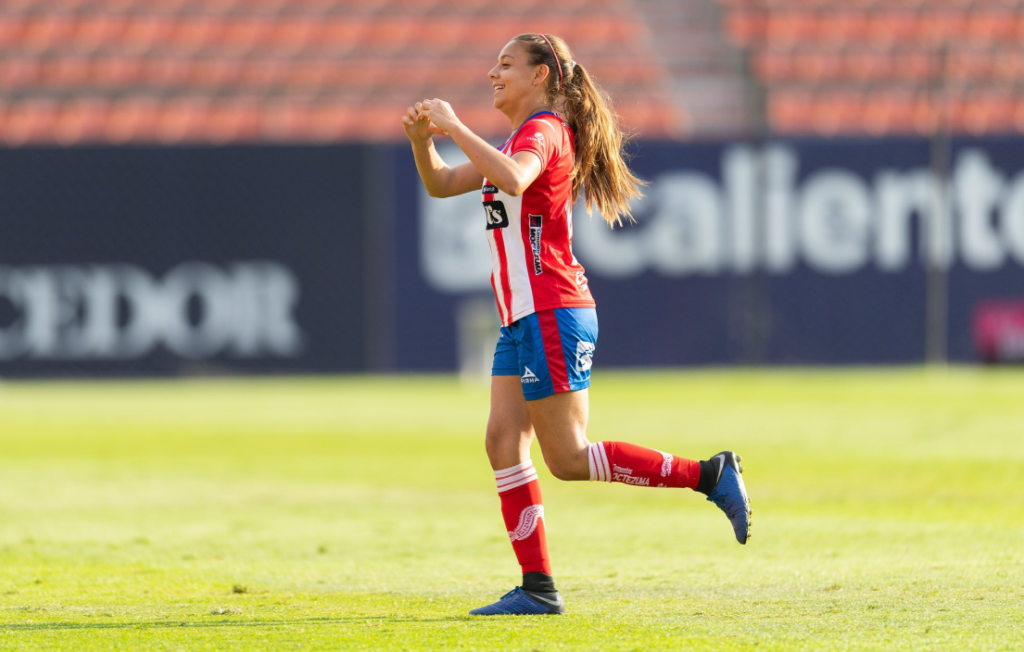 Liga MX Femenil had two very quick weeks of action with Weeks 5 and 6, with a small break before the Week 7 matches. The break helped some teams, like FC Juárez and Atlético San Luis, but hurt teams like Monterrey and Club León.

A longer break for Liga MX Femenil will now take place, with Mexico’s women’s national team playing a pair of games against Costa Rica. We break down the Week 7 action and walk you through the Mexico roster.

Monterrey did mount a comeback at home, though. In the second half, Christina Burkenroad scored in the 77th minute on a header inside the box. In the 94th minute, Daniela Solis scored with her feet inside the penalty area. However, there wasn’t enough in stoppage time for Monterrey to equalize.

The win for Juárez is the club’s first of the Clausura — and they did it against a mighty opponent. With the loss, Monterrey dropped down from third to fifth place.

Three second-half goals gave San Luis is a big win over Mazatlán lifting the club out of last place. Kimberly Resendiz picked up the ball outside of the box and dribbled in for the goal, slotting her shot past Mariana Zarraga. Andrea Ibarra scored five minutes later off a blast from outside the box.

Adding the final nail to the coffin, Daniela Carrandi scored on a free kick outside of the box. The shot initially hit off Zarraga’s hands, but deflected into net.

With the three points, San Luis has leapfrogged from last place to 15th place.

Necaxa, still looking for its first win, dropped three points at home to Chivas. Alicia Cervantes propped up a volley for herself inside the box and smashed it past goalkeeper Daniela Munoz in the 30th minute. In the second half, Chivas stole the momentum with Isabella Gutierrez scoring on a chip over the goalkeeper in the 63rd minute.

Chivas is currently riding a three-game unbeaten streak and sit in fourth place.

Querétaro kept it close, and made it interesting at the very end, against Club América on Friday night. Eva Gonzalez scored quickly for the visitors, off a shot outside of the box. Initially, the cross went inside the box, but the clearance went right to Gonzalez, who hit it hard past Diana Garcia.

Daniela Espinosa doubled the lead for Club América in the 77th minute, using a few passes to herself to settle the ball, and then hit it inside the box. Lizette Rodriguez attempted to mount a comeback for the home side, but her 82nd-minute penalty kick conversion was the only Querétaro goal.

It’s been said before and it’ll be said more as the season rolls on: Alison Gonzalez is on a tear. The young Mexican striker — who earned a second-straight call up by Monica Vergara — scored two goals in Atlas’ 3-2 victory over Santos Laguna at home. Gonalez scored in the 13th minute and the 31st minute.

Her first tally was hit with her foot, inside a crowded box. Her second tally, which was the final Atlas goal, came off a header inside the box. Ana Garcia tacked on the other Atlas goal in the 27th minute.

However, Atlas crumbled on defense in the second half. While the team did win and take home three points, they did make it easy for themselves. Atlas gave up two Santos goals in the second half, with all momentum going to the visitors. Alexxandra Ramirez started off the second half with a 49th-minute goal, while sandwiched in between two defenders.

Meanwhile, Joseline Hernandez scored in the 82nd minute, off a blast outside the box. Hernandez picked up the rebound from a long free kick that was punched away by Atlas goalkeeper Ana Paz.

Pumas took all three points at home against Pachuca on Saturday. The lone goal was scored early, courtesy of Daniela Garcia. Her shot came off a header aimed at the low corner of the net. Pumas remains in first place, a spot the club has held for two-straight weeks now.

Cruz Azul struck first, looking to steal three points and ruin the party at home for Toluca, but Zaira Miranda had other plans. Miranda’s goal in the 62nd minute gave Toluca a point in Week 7. Miranda scored on a breakaway as goalkeeper Karla Morales came off her line to steal the ball. However, Miranda shifted the ball from her left to her right, making Morales miss and leave an empty net.

For Cruz Azul, Alejandra Curiel tacked on the opening goal of the match, scoring on a penalty kick. Toluca, who surprised as one of the top teams to start the Clausura, now sits in sixth place, with Cruz Azul hot on their heels in eighth place.

Club León got rocked at home by Tigres, as Katty Martinez scored a brace and two others put their names on the scoresheet. Martinez’s goals were eight minutes apart from each other, in the 20th and 28th minute. However, it was Mexico’s captain, Stephany Mayor, who tacked on the first goal inside the box.

Martinez’ first goal came off a volley, that skirted to the goal after being deflected by goalkeeper Maricruz Gonzalez. Martinez, not taking any chances, smashed the goal into the net on the line. Her second goal was a chip over Gonzalez from about 30 yards out from goal.

Both players were called into the Mexican national team camp, along with Maria Sanchez, who scored the fourth and final goal in the 61st minute. Sanchez scored off a volley, as she was wide open at the far post.

The win has lifted Tigres into third place, but the four goals will make a difference down the road when the race for the top spot gets tighter.

Tijuana keeps climbing up the Clausura table in Mexico. Despite not notching three points this week, Tijuana did snag a point at home against Puebla in a scoreless draw. Tijuana, who started out the Clausura slowly, has either won or drawn their last four matches.

Tijuana takes on Cruz Azul next, while Puebla has their make up game from Week 1 with Santos Laguna on Monday.

News and Notes from Mexico

Mexico and Costa Rica will face off in two friendlies on Feb. 20 and 23 in Mexico City. Monica Vergara named her roster this week, while Costa Rica named their roster on Saturday. Both rosters are listed below.

*NOTE: Santos Laguna and Puebla will be making up their Week 1 match on Feb. 22 at 8 PM.