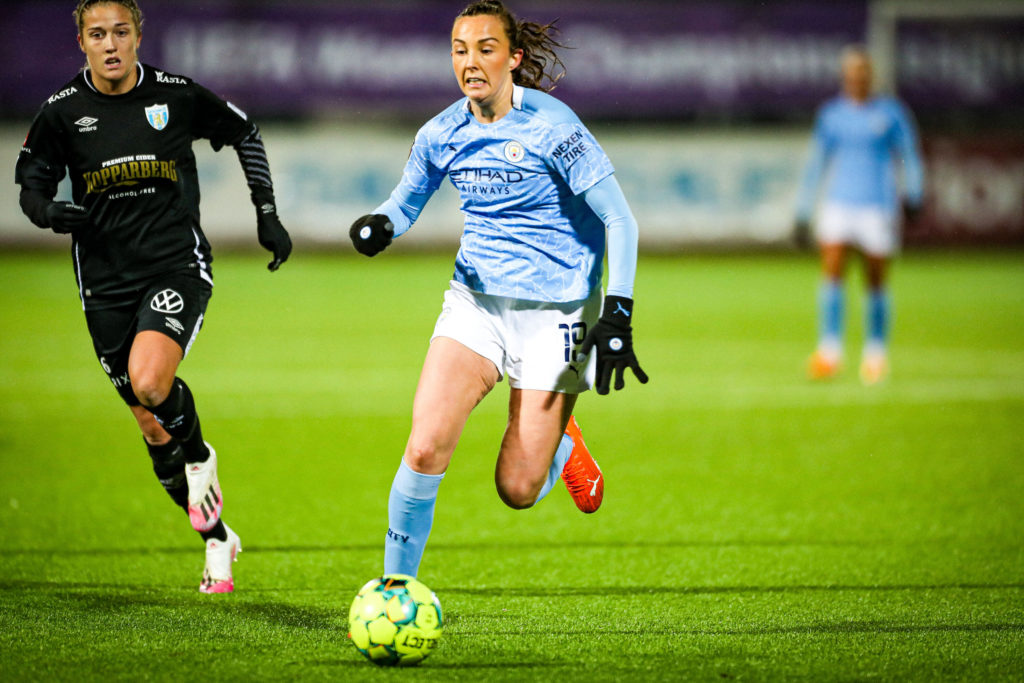 It’s been a huge week in the FA Women’s Super League, with two derby matches featuring every member of the top four happening in a matter of days. Last Wednesday, Chelsea defeated Arsenal, 3-0 at Kingsmeadow. Then, Manchester City took down local rivals Manchester United by the same score on Friday.

These games weren’t just about bragging rights; they had the potential to alter the race for the title and the battle for Champions League berths. These crucial fixtures provided clarity on those fronts, and potentially have wider-reaching impact.

There was a sense of Déjà vu about Arsenal’s 3-0 defeat to Chelsea. The previous weekend, they had enjoyed the lion’s share of possession against Manchester City before losing 2-1, and the same thing happened in the midweek derby.

Chelsea were set up to allow Arsenal the ball and press on certain triggers. Arsenal once again struggled to play through this pressure and failed to create consistent scoring chances. Refusing to adapt, they invited problems against a wounded-but-ruthless reigning champion. Chelsea, on the back of a shock defeat to Brighton, were hungry to rebound and were clinical in front of goal.

Two of Chelsea’s three goals came in transition moments, following giveaways by Arsenal. This underlines the problems Joe Montemurro’s side have in a lot of big games: their love of possession has become a problem. As the issue is tactical, the logical next questions, rightly or wrongly, are: Can the manager change it? And, if not, should the manager change?

Access the best women’s soccer coverage all year long
Start your FREE, 7-day trial of The Equalizer Extra for industry-leading reporting and insight on the USWNT, NWSL and beyond.
Subscribe
Existing Users Sign In Here
Related TopicsArsenalChelseaExtraFAWSLFeaturedManchester CityManchester United