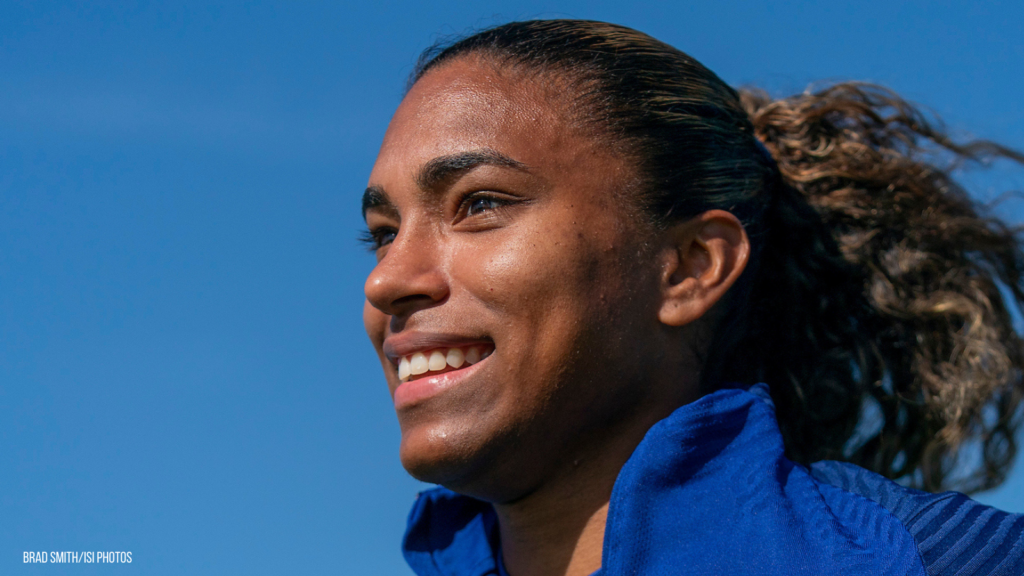 It may only be February, but 2021 has already been a big year for Catarina Macario.

Last month she came off the bench to make her international debut for the United States in a 4-0 friendly win against Colombia. In the follow-up match against the same opposition, she scored her first goal for the national team just three minutes into her first start. Then, on Saturday, she made her professional club debut for Olympique Lyonnais.

Macario came on in the 37th minute, with Lyon drawing 1-1 against Montpellier, one of their tougher domestic opponents. She replaced the injured Amandine Henry, but didn’t take up the same position. Instead, Dzsenifer Marozsan moved into the No.6 role while Macario took over behind striker Eugenie Le Sommer.

It didn’t take long for Macario to make her presence felt.

Within two minutes, she was pressing an opponent, forcing a turnover, then kick-starting a counter-attack with a pass to Amel Majri. One minute later, she kept an attacking move going with a sublime flick over a defender to find Majri once again. Macario then received the return pass and her deflected shot fell to Sakina Karchaoui, who scored Lyon’s crucial second goal.

Access the best women’s soccer coverage all year long
Start your FREE, 7-day trial of The Equalizer Extra for industry-leading reporting and insight on the USWNT, NWSL and beyond.
Subscribe
Existing Users Sign In Here
Related TopicsCatarina MacarioExtraFeaturedFeminine Division 1Lyon