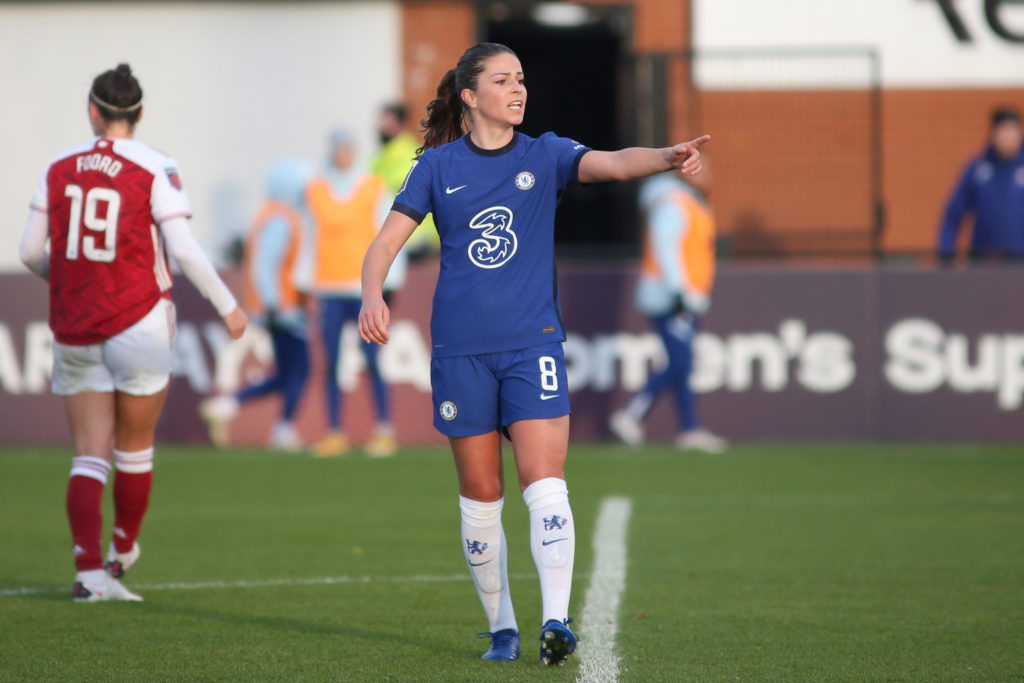 Melanie Leupolz arrived at Chelsea last summer with a special resume. She had featured for Germany in two World Cups, was a member of their 2013 European Championship-winning squad and a key player in their 2016 Olympic gold medal. She had also won two Bundesliga titles with Bayern Munich at the club level.

Upon signing for the reigning English champions, Leupolz was clear about her intentions. “They want to win titles,” she said. “And so do I.” And, with the halfway point in her first season just passed, Leupolz is developing into an integral piece in Chelsea’s charge towards a second successive FA Women’s Super League title.

Her place in the team was by no means guaranteed, with direct midfield competition coming not only from Ji So-yun but from Sophie Ingle, a player Emma Hayes has argued that Team GB should build around. Despite this, Leupolz quickly cemented her spot in the starting lineup. She is one of only four players to have started 11 of Chelsea’s 12 FAWSL games — the others being Millie Bright, Magdalena Eriksson and Maren Mjelde.

Access the best women’s soccer coverage all year long
Start your FREE, 7-day trial of The Equalizer Extra for industry-leading reporting and insight on the USWNT, NWSL and beyond.
Subscribe
Existing Users Sign In Here
Related TopicsChelseaExtraFAWSLFeatured