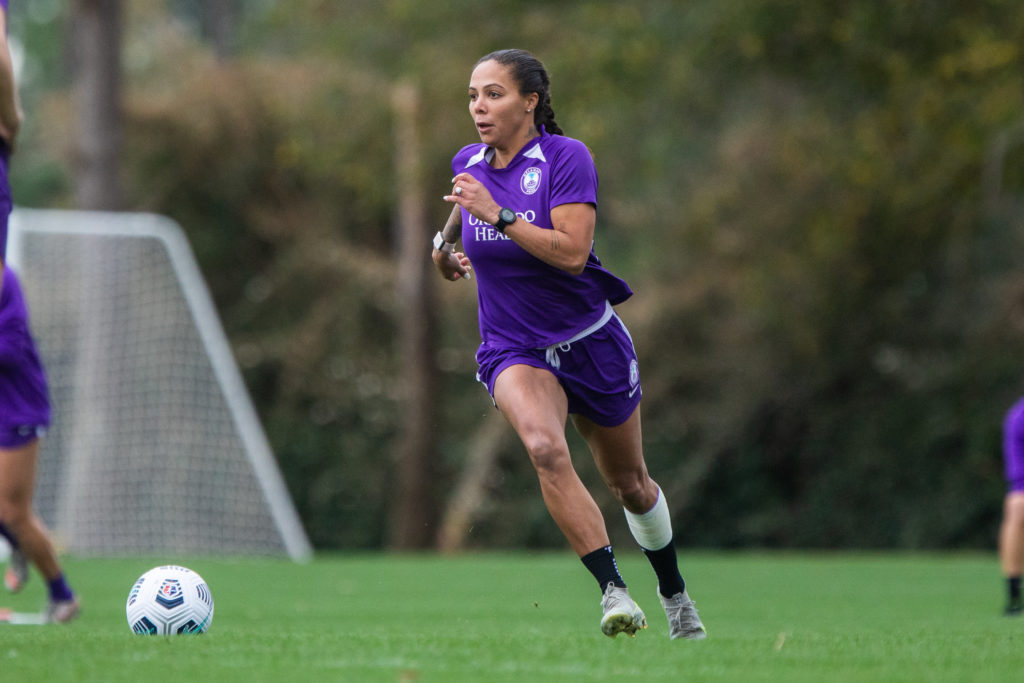 When the Orlando Pride released their preliminary preseason roster, an ominous notation appeared next to Sydney Leroux’s name. The explanation was that she had been offered a contract extension. Two days later, that small but significant issue was rectified. Leroux and the Pride agreed to a three-year contract with an option for 2024. Per Meg Linehan of The Athletic, allocation money was used to help secure Leroux’s services, meaning she’ll make over the league maximum of $50,000 annually.

“I felt like I needed to stay here and I needed to see it out because I feel like right now, in this moment, this is where I need to be for my career,” Leroux said on a national Zoom call on Wednesday. The ‘see it out’ reference was about the scattered nature of 2020, when the Pride had to withdraw from the Challenge Cup due to a suspected COVID-19 outbreak, and their play was limited to four Fall Series matches.

Sydney Leroux is 30 years old. She is a World Cup champion and Olympic gold medalist. She has also seen her career interrupted in recent years to have two babies. There was also a miscarriage, after which she quietly missed several games near the end of the 2018 season. No one could be blamed for thinking her best days were behind her.

“No. I never really put retirement in my thought process,” Leroux said.

Access the best women’s soccer coverage all year long
Start your FREE, 7-day trial of The Equalizer Extra for industry-leading reporting and insight on the USWNT, NWSL and beyond.
Subscribe
Existing Users Sign In Here
Related TopicsExtraFeaturedSydney Leroux

The Lowdown: NWSL preseason rosters and questions for all 10 clubs
‘I needed a break’: How Erika Tymrak rediscovered her love for soccer