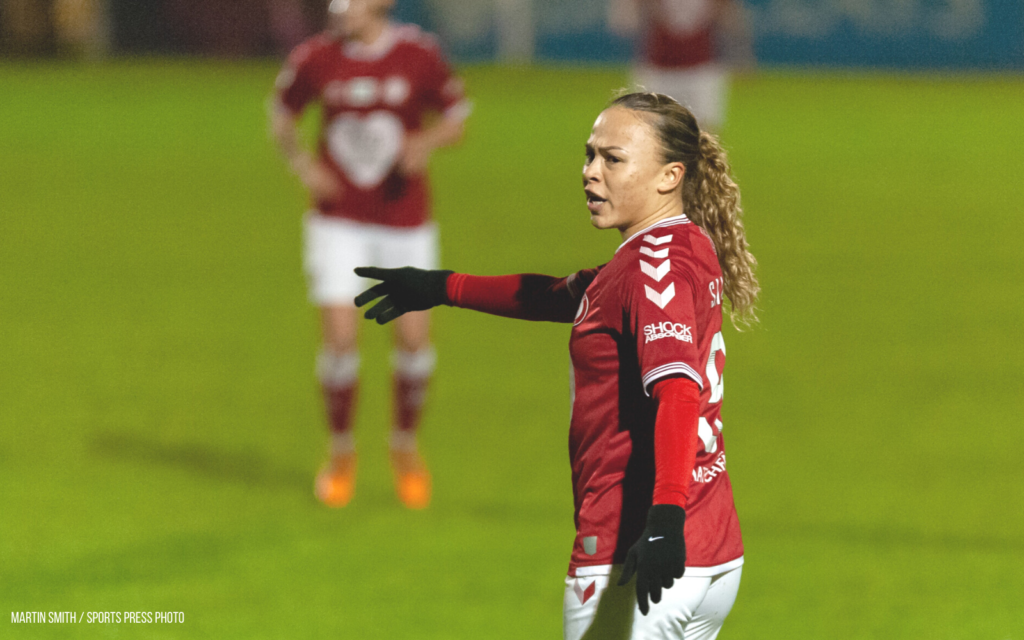 Bristol City revived their hopes of FA Women’s Super League survival on Saturday with a clinical 3-0 win over Brighton. The result — their first league victory of the season — narrowed the gap between them and those directly above them to two points. Ebony Salmon, as ever, was integral to the performance.

After a fine long-range strike from Yana Daniels put Bristol City ahead, Salmon doubled her side’s advantage, racing onto a long ball in behind before finding the net. Then, around the hour-mark, she got her second of the game, firing home from the penalty spot.

Those two goals propelled Salmon to five for this FAWSL campaign, putting her level with Birmingham City’s Claudia Walker as the joint-highest scorer not playing for one of the league’s ‘top four’ of Arsenal, Chelsea, Manchester City or Manchester United. It also means she has scored over half of her team’s goal total.

Bristol City remain bottom of the FAWSL, but with Salmon in such good form, all is not lost.

Access the best women’s soccer coverage all year long
Start your FREE, 7-day trial of The Equalizer Extra for industry-leading reporting and insight on the USWNT, NWSL and beyond.
Subscribe
Existing Users Sign In Here
Related TopicsBristol CityEbony SalmonExtraFAWSLFeatured