WoSo Around the World: Levante making noise in Spain 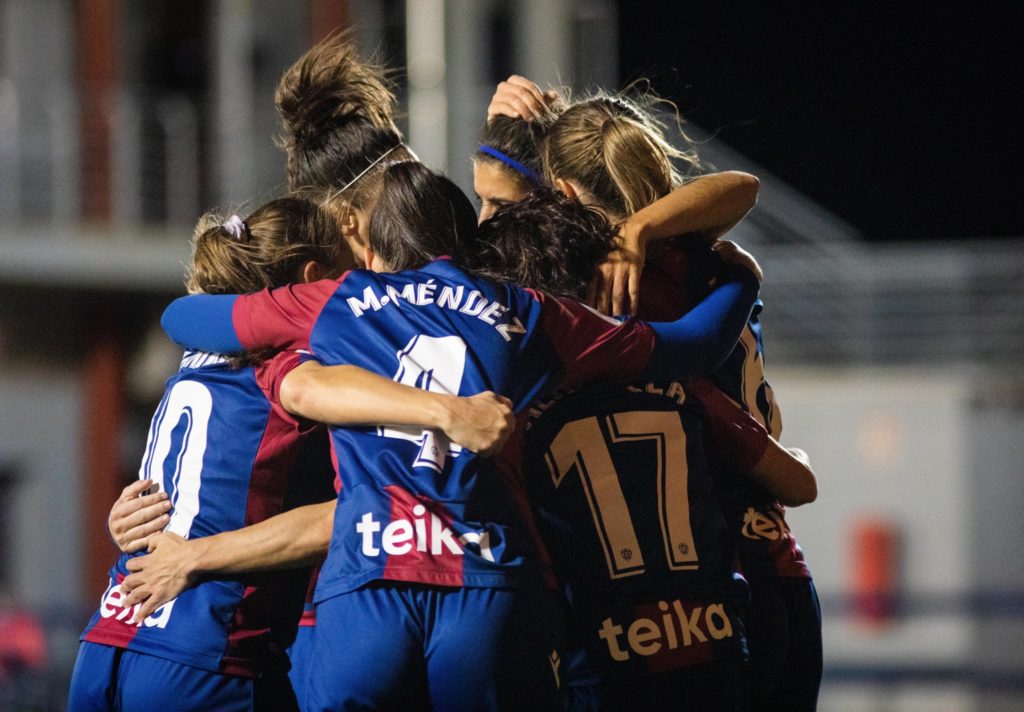 Levante took a big step forward in Spain as Barcelona took charge of a budding rivalry against Real Madrid. In England, Sam Kerr helped Chelsea move to the top of the table.

The latest: Barcelona completed a sweep of Real Madrid in their first season series against each other. Sunday’s match was a 4-1 decision behind an Asisat Oshoala brace. The match also saw two red cards. Maria Rodriguez was sent off for Real and Maria Leon later for Barcelona. The loss for Real Madrid allowed Levante to move into clear second place after a 3-1 win away to Deportivo de la Coruna. Levante are set to host Barcelona on Wednesday. They are probably too far off the pace to catch the leaders even with a win but a result to keep Real and Atletico Madrid at bay would be a big one for the club.

The latest: Chelsea won twice last week to move ahead of Manchester United on goal difference and still maintain a match in hand. Sam Kerr scored in each match, both 4-0 wins. At the bottom, Bristol City beat Brighton & Hove Albion 3-0 for their first victory of the season. For a more detailed recap check out Emily Dulhanty’s weekly FA WSL review here!

Abby Dahlkemper (Courage, rights) jumped right into the fray by starting for Manchester City and playing the full 90 in a routine, 4-0 win over West Ham. Rose Lavelle (Reign, rights) subbed on in the 65th minute and six minutes later took advantage of a defender slipping and scored. Sam Mewis (Courage, rights) missed the match with an ankle injury but is not expected to be out long-term and is on the SheBelieves Cup roster. Emily van Egmond (Pride, rights) played 90 for West Ham…Christen Press (Louisville, rights) started and went 80 minutes, contributing a goal for Manchester United, 2-0 victors over Everton. Tobin Heath (Louisville, rights) had her ankle in a boot on the sideline. Claire Emslie (Pride, rights) returned from injury and played the final 18 minutes for Everton… Sam Kerr (Red Stars, rights) scored once against Aston Villa and once against Tottenham to help Chelsea win twice and strike the top of the table… Shelina Zadorsky (Pride, rights) played 90 for Tottenham and Alanna Kennedy (Louisville, rights) 90 for Villa.

Evelyne Viens (Sky Blue) entered in the 72nd minute in Paris FC’s Cup match against Dijon. Paris lost in penalties and are out of the competition. Kaliegh Rhiel (Louisville) was an unused sub for Paris… Ellie Carpenter (Thorns, rights) played the first half of Lyon’s 5-0 Cup drubbing of Stade de Reims. Catarina Macario was not available for Lyon.

Samantha Johnson had an eventful match for Melbourne City, scoring a penalty and conceding a penalty with a handball in the box in a tough, 3-2 loss to Brisbane Roar… Mallory Weber (Kansas City) is injured and was not available for Adelaide United FC, 1-0 losers to Melbourne Victory.

Mikayla Colohan (Pride draft pick) had two goals and three assists for BYU in a 7-0 friendly win over Weber State.

*We will do our best to track 2021 draft picks playing the Spring NCAA season.
*There was no league action in France last week
*German’s Frauen-Bundesliga is still on break until Feb. 12.
*Catch up on the action down in Liga MX Femenil (Mexico) with Rachael Kriger’s roundup.