Press, Morgan return to USWNT for SheBelieves Cup; Heath out injured for 10-12 weeks 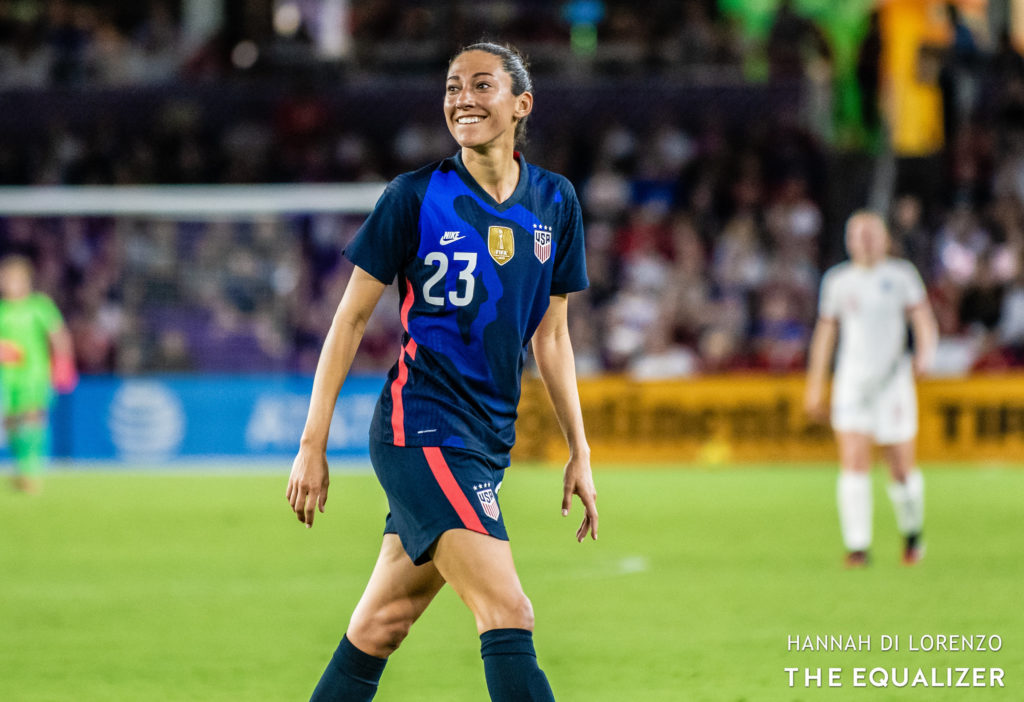 Alex Morgan and Christen Press will return to the United States women’s national team for February’s SheBelieves Cup competition. U.S. head coach Vlatko Andonovski’s 23-player tournament roster was unveiled on Monday, with the two star forwards and two-time World Cup winners as the most notable additions. Morgan missed January camp and games against Colombia while recovering from COVID-19. Press stayed with Manchester United in January while she recovered from a non-COVID-19 illness.

Tobin Heath is the biggest absence from the U.S. roster. Manchester United revealed last week that Heath is expected to miss 10-12 weeks after sustaining an ankle injury.

Goalkeeper Casey Murphy will be the only player with the U.S. for the tournament who was not part of the January camp. She replaces Ashlyn Harris in the goalkeeper rotation. Defender Ali Krieger is also absent from the SheBelieves Cup roster.

The U.S. will play Argentina, Brazil and Canada as part of the 2021 SheBelieves Cup, from Feb. 18-24, with all games taking place at Exploria Stadium in Orlando, Florida. Argentina was announced as a replacement opponent last week after Japan withdrew from the competition due to growing COVID-19 concerns in their country.

Emily Fox, Jaelin Howell and Mallory Pugh will join the U.S. as training players for the tournament.

“We will hit the ground running in Orlando with most of our roster and will get in some great work in the first part of camp before we start focusing on the games once all the European-based players arrive,” Andonovski said. “I think we made a lot of progress on and off the field during the January camp and games, so we’ll be looking to build on that for these three matches and we want to continue to test different players in tough environments. Each game will present its own unique challenges and the matches are not only a step up in competition from January, but as I’ve said before, are extremely valuable as a test run for group play at the Olympics.”

Check back later today for more reaction from Vlatko Andonovski, exclusively for subscribers to The Equalizer Extra.