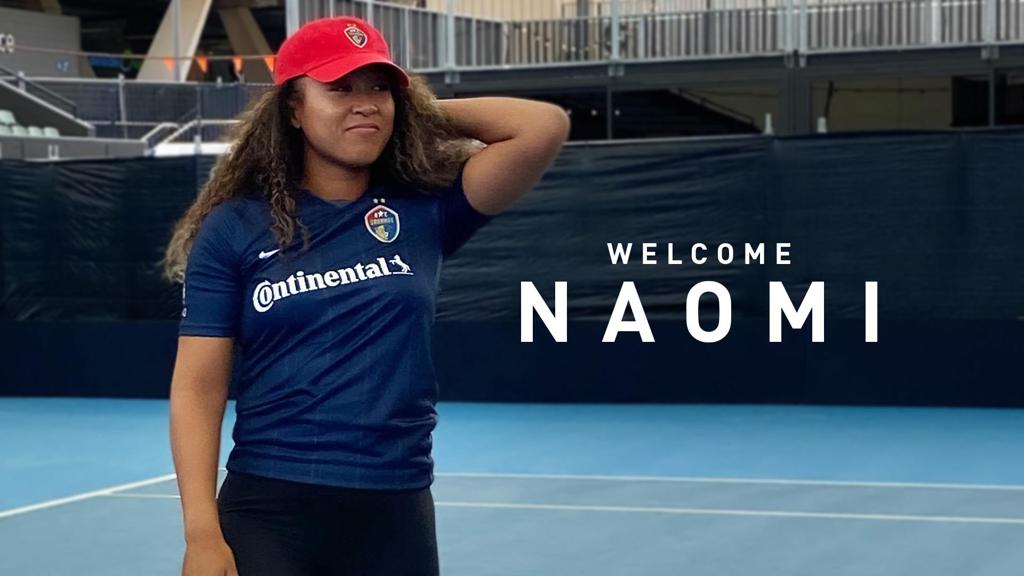 Naomi Osaka, the three-time Grand Slam tennis champion and social justice advocate, has joined the ownership group of the North Carolina Courage. The news came out early Thursday morning, accompanied by photos of Osaka in a Courage uniform.

She joins the ownership group headed by Steve Malik, who purchased the team and relocated it from Western New York to Cary, North Carolina, in 2017.

“The women who have invested in me growing up made me who I am today and I cannot think of where my life would be without them,” Osaka said. “My investment in the North Carolina Courage is far beyond just being a team owner, it’s an investment in amazing women who are role models and leaders in their fields and inspirations to all young female athletes. I also admire everything the Courage does for diversity and equality in the community, which I greatly look forward to supporting and driving forward.”

Malik said he is “thrilled” to welcome Osaka to the Courage ownership group.

“Naomi embodies the values we have been striving to cultivate at our club, and she brings an invaluable viewpoint on topics beyond sports. I cannot think of anyone better to help us as we continue to make a difference in our community and inspire the next generation of women,” Malik said.

Osaka is a well-known face in sports. She is a three-time Grand Slam champion, with her first title coming in 2018 over tennis legend Serena Williams. In 2019, she won the Australian open over Czech tennis star Petra Kvitová. Most recently, in 2020, she won the U.S. Open again, this time over Belarusian standout Victoria Azarenka.

The women who have invested in me growing up made me who I am today, I don’t know where I would be without them. Throughout my career I’ve always received so much love from my fellow female athletes so that’s why I am proud to share that I am now a owner of @TheNCCourage ⚽️❤️ pic.twitter.com/Iz0YcVvOqz

In the 2020 tournament, Osaka made headlines by wearing masks with the names of African Americans who were victims police brutality on them. After winning the U.S. Open title, an analyst asked her what message she was trying to send, to which Osaka replied, “What was the message you got?”

She was recently named a 2020 Sports Illustrated Sportsperson of the Year for her activism.

“Naomi is the perfect fit as an owner because her values sync so well with our club,” North Carolina Courage President and General Manager Curt Johnson said. “A team with an exemplary and trailblazing roster of world-class professional athletes supported by a globally influential icon is a seminal moment for our sport and the Courage organization.”

In addition to Osaka joining the ownership group, the Courage announced that they are looking to “incorporate the tennis star into its design decisions in 2021,” due to Osaka’s fashion talent and passion.