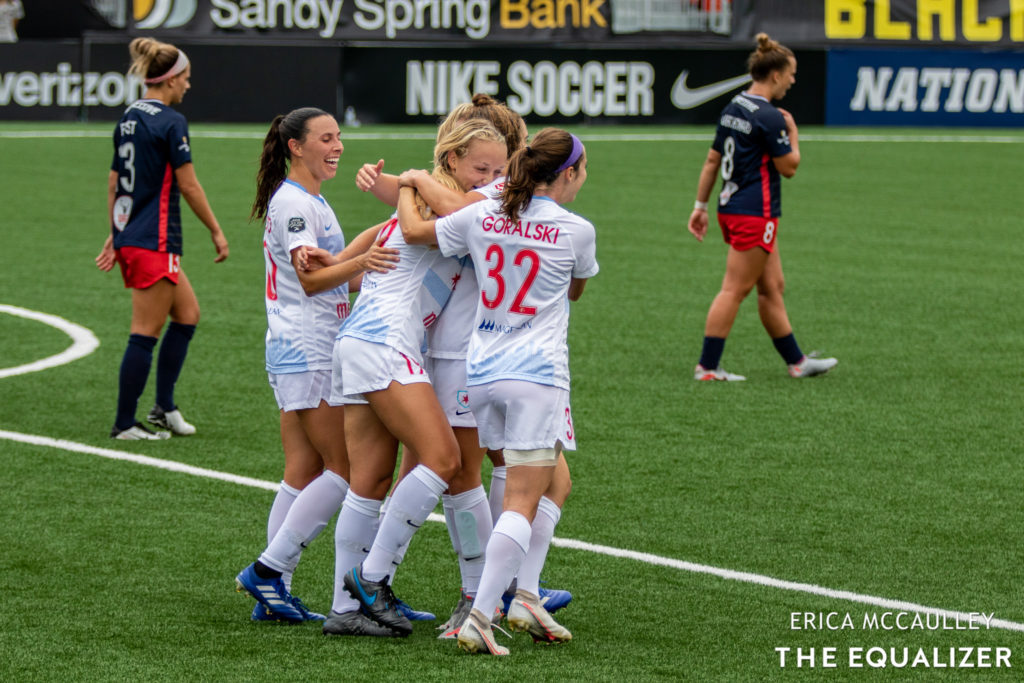 There is a twist from last year’s Challenge Cup. Instead of bringing all teams to one location — last year, eight NWSL clubs competed in Utah at Zions Bank Stadium and Rio Tinto Stadium — Challenge Cup matches will be played in home markets.

Players are reporting back to their home markets currently, with preseason workouts and training beginning on Monday. After preseason wraps up — and after the February international break, which will include the SheBelieves Cup and EURO Qualifying and the playoff round draw — the Challenge Cup will start in April.

The Lowdown: What we know about the 2021 NWSL season

After the Challenge Cup, teams will compete in a regular season, which will have 24 matches in total. The regular season is slated to begin on May 15. According to the league, there will be no international break for the Olympic Games, which are intended to kick off on July 23 and last until August 8.

The regular season is scheduled to end on Oct. 30, and teams will immediately head into the playoffs. Six clubs will qualify for the playoffs, with the top two seeds in the NWSL acquiring a bye week. The playoffs will begin on Nov. 6 and end with the NWSL Championship on Nov. 20, at a location to be determined later.

Finally, the season will officially end with the NWSL Expansion Draft for Angel City FC and the incoming Sacramento NWSL club on Dec. 16.

In addition to the key dates and fixtures, the NWSL announced that updated protocols have been sent out to teams, which was created by the NWSL Medical Task force in collaboration with public health officials. The full protocols can be found here on the NWSL’s website.

According to the protocols, the COVID-19 vaccine will be offered to players and staff when it is made available. The league is not requiring players to accept the vaccine, though.

Honestly I think the new #NWSL covid protocols are the most interesting thing dropped today. 3-day quarantine plus negative test if coming from a #USWNT standard environment, opt-out possible but up to a medical board (like the WNBA last year)

In addition, the NWSL also updated it’s policy for any player choosing to opt out of competition. “The team physician will determine if the player, or someone living in her household, is at high risk for serious COVID-19-related illness due to a pre-existing condition. If so, the player will be approved for a Medical Opt Out… A player on Medical Opt Out will continue to receive her full compensation and benefits.

“A player without a medical condition or whose request (and appeal, if applicable) was denied may choose to opt out, but in such case will forfeit her compensation for the period of opt out, but will retain her medical benefits, housing and use of an automobile (if applicable),” the rules state.

The league set a deadline of March 10, for submitting an opt-out request.

The Lowdown: What we know about the 2021 NWSL season
Argentina replaces Japan in 2021 SheBelieves Cup