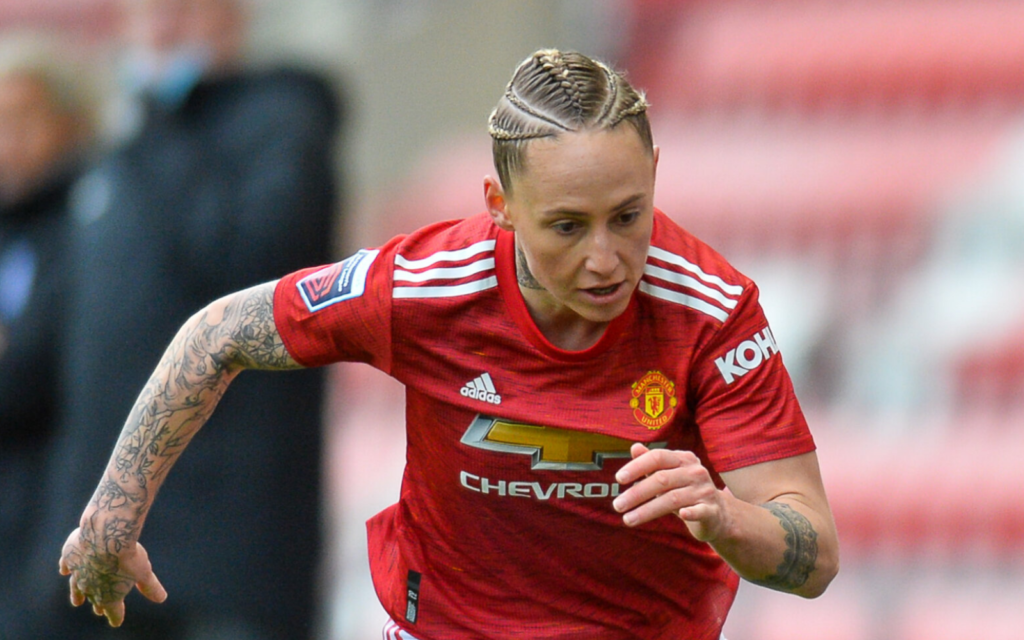 Three years ago, former Sky Blue FC player Leah Galton took a break from soccer as she tried to regain her confidence. Now, she is playing week-in, week-out for Manchester United, and her manager, Casey Stoney, is convinced she’s one of the best attacking players in the FA Women’s Super League.

Galton is in exceptional form. Her goal streak in December, when she found the net four times in three games, saw her win the FAWSL Player of the Month award, and she appears set to continue that form after opening the scoring in Manchester United’s 2-0 win over Birmingham City last weekend.

The 26-year-old’s performance that day prompted high praise. “I think Leah is one of the best left wingers in the country, if not the best,” Stoney said. “She’s powerful, quick, can go one on one. She can get in the box and score. I think she influenced the game heavily and it was really great to see.”

Not only is Galton winning more plaudits, but she is scoring more goals. Her league tally last season was four; this season she already has six. She credits Stoney with boosting her confidence, telling the Guardian, “I’ve never had a manager that believes in me as much as Casey.”

Here, we’ll take a look at why Galton is in such good scoring form, what makes her such a dangerous attacker, and why she has what it takes to play for England.

Access the best women’s soccer coverage all year long
Start your FREE, 7-day trial of The Equalizer Extra for industry-leading reporting and insight on the USWNT, NWSL and beyond.
Subscribe
Existing Users Sign In Here
Related TopicsExtraFAWSLFeaturedLeah GaltonManchester United