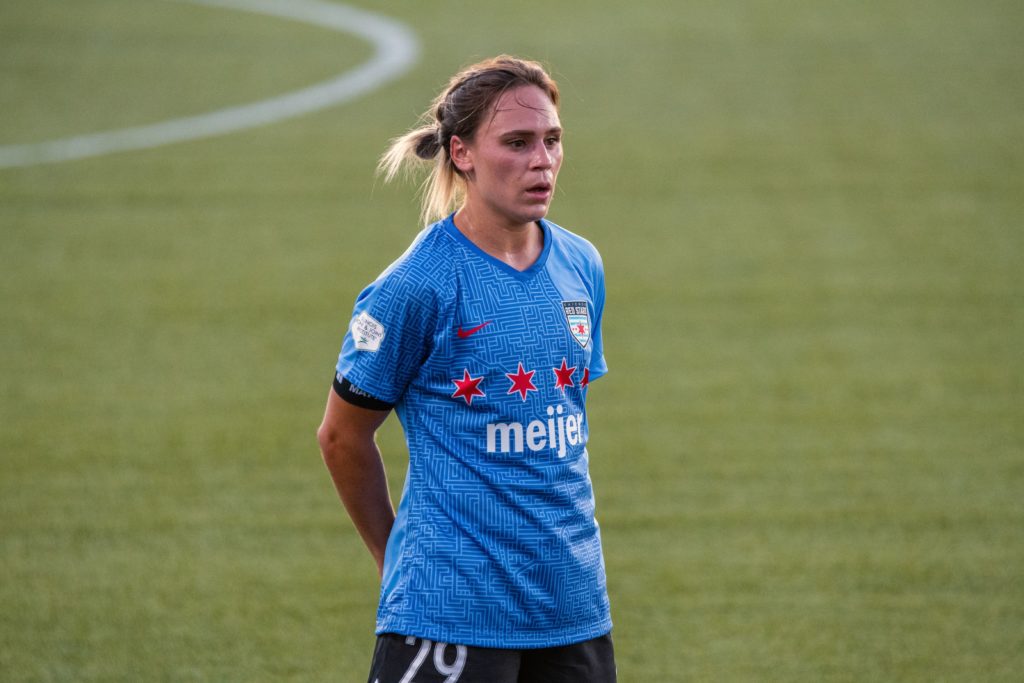 VANCOUVER, B.C – As the COVID-19 pandemic continues to rage on both sides of the border, Canada made some noise earlier this week with the announcement of the senior national team’s first training camp since the pandemic put the sports world on pause. Coach Bev Priestman named a roster of 29 players that will meet in Orlando, Florida on Saturday, February 6 for a a two-week preparation camp leading into the 2021 SheBelieves Cup.

While several tier one national teams have already held camps and played international matches, Canada has been dormant. The last action that Canada saw was at the 2020 Algarve Cup last March with former head coach Kenneth Heiner-Moller at the helm.

As Canada gets set to participate in their first SheBelieves Cup next month, Priestman’s first match in charge will see Canada renew pleasantries with the U.S. on February 18 at Exploria Stadium. Canada will also take on Japan and Brazil.

Can’t contain my excitement to get back with everyone and put in some work! Always an honour 🍁🤗 #canwnt https://t.co/p7cv8gKYCD

Although it’s a heavily one-sided rivalry, with the U.S. maintaining a 50-3-7 advantage, Priestman believes that Canada can keep pace with the World Cup champions. The U.S. earned a 3-0 win over Canada in their last meeting on February 9, 2020.

“I think there’s some realties there, this American team don’t lose very often as we’ve seen,” Priestman told reporters via Zoom on Monday. “I think on Canada’s day, we absolutely could and should be competing with the U.S. The timing of when that is, I think there’s definitely some realties around this group coming together. The whole team will be together two days before that game.”

Canada’s training camp roster will feature five players who are earning their first senior call up. Goalkeeper Rylee Foster, full-back Bianca St. Georges, midfielders Samantha Chang and Jordyn Listro, and forward Evelyne Viens will all be looking to make a positive impact. If any of them are going to earn one of the 23 SheBelieve Cup roster spots, versatility will be key.

Priestman wants to see players who can contribute from different positions on the pitch. The days of having a footballer that’s locked into one spot is long gone, and the smaller Olympic roster size of 18 players opens the door for players who can excel in more than one area.

“Any player that’s getting exposure in this first camp has absolutely nothing to lose,” Priestman explained. “Expectations, do I expect those five, six players to be on an Olympic roster, maybe not, but who knows. They might prove me wrong. They can certainly knock on the door. They’ve been brought in for a reason and have shown some attributes that I think this group needs. I know that group of senior players will welcome them with open arms. It’ll be exciting to see that blend together on the pitch.”

One of the biggest challenges facing Canada is the lack of matches. Canada has often stayed in neutral because the national team simply does not play enough matches in Canada or abroad. Adjusting to a new coaching staff, and building chemistry and confidence can only happen on the pitch. It’s not done in a WhatsApp group or over a Zoom call. Canada needs to be on the pitch as much as possible preparing for the Tokyo Olympics or they will fall behind other top teams.

“We spoke about it internally,” Priestman acknowledged. “Our COVID reality can’t be an excuse for this group. It might be the thing brings a certain level of freshness to us, in the sense that we’re all dying to get on that pitch. In some ways I have a six month journey to an Olympic Games, instead of nine, twelve, eighteen months. We have to absolutely go straight to some of the areas we feel that we need to address. I’ve more delved into the games against top tier nations. For me that’s the gap, and that’s what I think we need to address. Going straight into some of those areas from the get go. We have to use the tournament for what it is. We have to go in and apply some things that we want to apply for the Olympic games. You’ll hopefully see some tweaks and changes.”

It’s taken far too long for the FIFA 8th ranked Canadian team to get back on the pitch, and there’s a lot of work to be done before Canada can reach that next level. The future for the team’s youth is bright, but is it enough to change the colour of back-to-back bronze medals? The proof will be in the results.

Bev Priestman hire will bring familiar style to Canada
A year and a new coach later, shorthanded Canada looks to regain form at the SheBelieves Cup