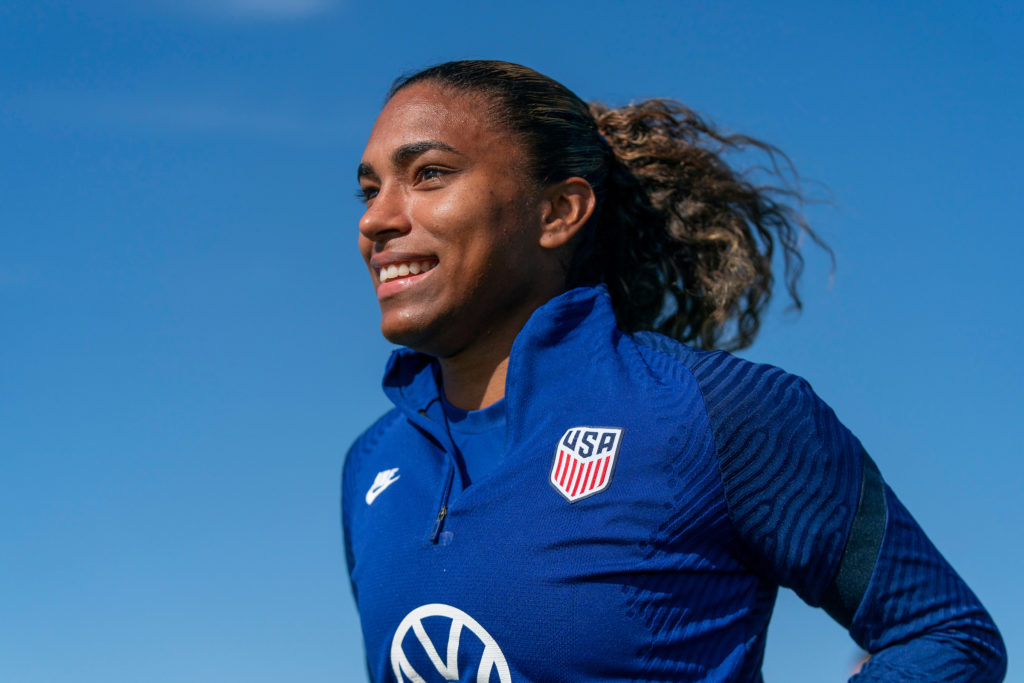 Catarina Macario scored three minutes into her first start as the United States women’s national team defeated Colombia, 6-0 on Friday in a friendly in Orlando. Four other players scored for the Americans, who defeated Colombia for a second time in five days after a 4-0 victory on Monday.

Macario started at the No. 9 position, with Megan Rapinoe and Lynn Williams on each side of her. Ali Krieger, starting as the right back, provided the service to Macario for the goal.

3 minutes into her 2nd cap and in her 1st career start, @catarinamacario scores her 1st 🇺🇸 goal. pic.twitter.com/2pBvdrT0WD

Macario made her debut on Monday, coming off the bench to start the second half and playing in the No. 11 role.

Rapinoe added a second goal for the U.S. in the 35th minute and then scored from the penalty spot just before halftime, after Sam Mewis was brought down in the box on a corner kick.

Mewis left the game in the 68th minute with an apparent ankle injury, walking off the field gingerly on her own weight.

Notably, Purce and Crystal Dunn came off the bench in the second half and played in the wide forward positions, rather than at fullback as they typically do. Dunn was the starting left back for the United States’ 2019 World Cup triumph.

WoSo Around the World: New leaders in England
Rising anticipation for USWNT, increasing uncertainty around Olympics