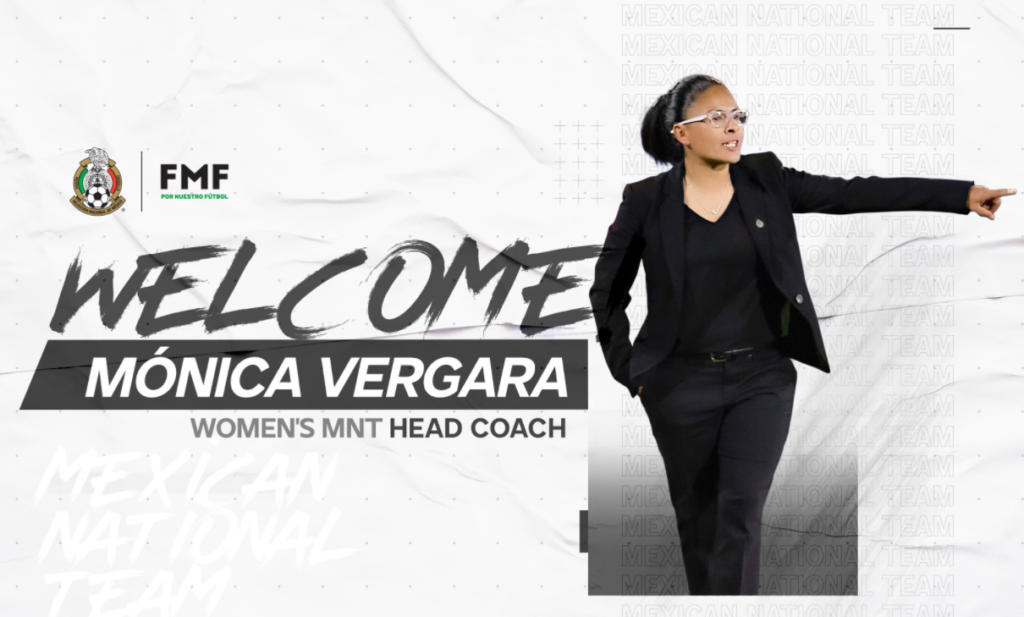 For the first time in federation history, the Mexico women’s national team has a woman in charge. Mónica Vergara has been named the next head coach of El Tri, replacing outgoing manager Christopher Cuéllar.

Vergara is the fifth overall head coach in Mexican women’s national team history. The program began in 1991, with Nicolás Rodríguez filling the first coaching role. Now, after four male head coaches in charge of Mexico, a woman has taken charge. Mexico has gone to three FIFA Women’s World Cup tournaments in 1999, 2011 and 2015, and only one Olympic Games, in 2004 in Greece.

After missing the 2019 World Cup, former manager Cuéllar took El Tri to the Pan American Games, where they finished in fifth place.

Vergara has been coaching since 2014 and her entire resume is filled with positions within the FMF. She has served as an assistant for El Tri since 2014, but has also served as the head coach of the U-15, U-17 and, most recently, the U-20 women’s national teams.

During her time as U-20 coach, Vergara led the team to a second-place finish at the Concacaf U-20 Women’s Championship. Mexico fell in the final match against the United States, 4-1. Alison González, a standout for Atlas Femenil in Liga MX Femenil, is among the U-20 players.

Vergara does have a connection with the United States, too. Her coaching mentor is two-time World Cup winning head coach Jill Ellis. In the following clip, Vergara said that Ellis is a “big example” for her own career. The two were paired in FIFA’s Coach Mentorship Program.

“I think for Mónica, I’ve tried to help her in some of the choices and decisions she’s going through, as she takes part in her career,” Ellis said.

“She’s an amazing person, very open,” Vergara said. “She shares all her experience and offers it to you, about any topic. I am fascinated and very thankful.”

🏆🏆 Her coaching mentor? It's none other than two-time #FIFAWWC winner Jill Ellis pic.twitter.com/ztqlpenZhi

In a Mexican federation release, Vergara said: “Life confirms to me that dreams and objectives can be fulfilled when you have a purpose, a vision and discipline when you love what you do and follow great examples.”

With the promotion for Vergara, Mexico had a few youth national team spots to fill. Former national team star Maribel Dominguez has been named the U-20 head coach. “I am eager for this process to begin, in order to work for a bigger goal in women’s football. It’s not only about placing Mexico at the top, it is also about helping all the girls in our country to fulfill their dreams in this sport,” Dominguez said.

Also, Ana Galindo has been named the Mexican women U17 coach. “I am very happy and grateful for the trust that has been placed in me to lead the women’s U-17 [team],” she said. “I am very proud to be part of this change.”

Three new head coaches for Mexico, all filled by women. A new era in Mexican women’s soccer has begun.

A reminder that we have expanded our women’s soccer coverage to include Liga MX Femenil! Rachael Kriger will be covering the league each week with recaps, news and updates.