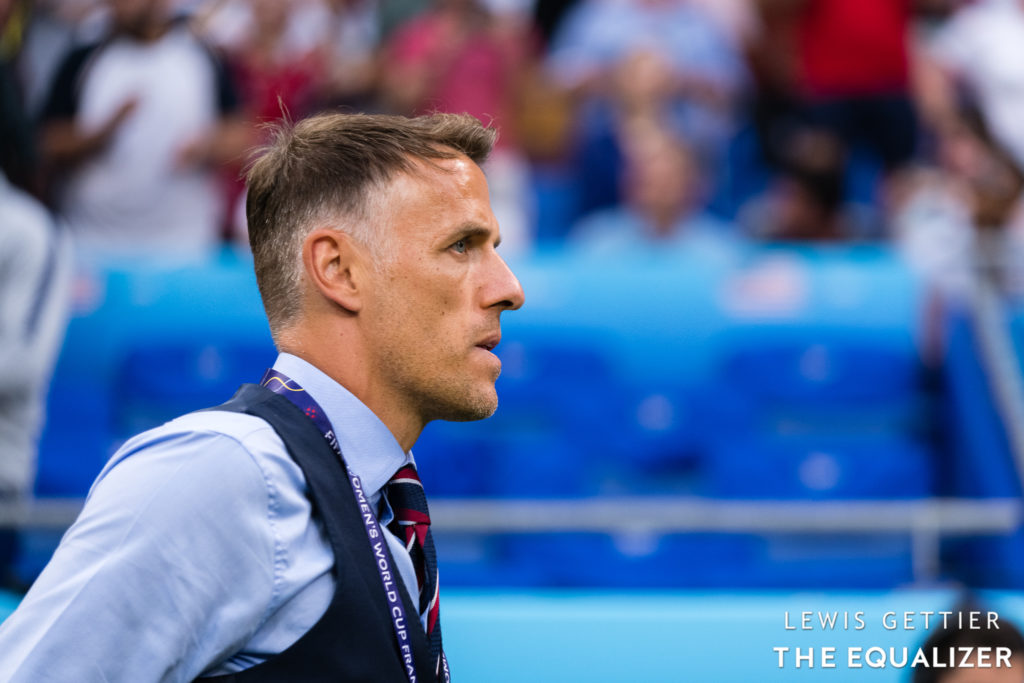 Phil Neville’s tenure as the English women’s national team coach has come to a close. Neville was hired almost three years to the day, on Jan. 23, 2018, to lead the Lionesses through the Euro 2021 competition.

However, in August, it was announced that Sarina Wiegman would take over the English national team. Wiegman will take over the reins after the Olympics, which the Netherlands will compete in. Wiegman has has been the Dutch manager since 2017, leading the nation to a UEFA Euro title in 2017 and a FIFA World Cup final appearance in 2019.

England announced that an interim manager will take over the Lionesses, due to Wiegman not joining until after the Olympics.

Baroness Sue Campbell, director of women’s football for the FA, said that she wanted to pay tribute to Phil for his “significant contribution during his three years with The FA.”

“After steadying the ship at a challenging period, he helped us to win the SheBelieves Cup for the first time, reach the World Cup semi-finals and qualify for the Olympics,” Campbell said, via an FA press release. “Given his status as a former Manchester United and England player, he did much to raise the profile of our team. He has used his platform to champion the women’s game, worked tirelessly to support our effort to promote more female coaches and used his expertise to develop many of our younger players.

“Given the positive ongoing dialogue we have been having with Phil, we will be in a position to provide an update soon on an interim appointment, as well as provide a further update on the coaching situation regarding Team [Great Britain].”

Neville said that coaching the English women was an “honor” and that some of the “best years of” his career has been with the Lionesses.

“The players who wear the England shirt are some of the most talented and dedicated athletes I have ever had the privilege to work with. They have challenged me and improved me as a coach and I am very grateful to them for the fantastic memories we have shared,” Neville said.

Neville’s new job in the U.S.

Neville didn’t have to wait long for his next coaching job, though. A few hours after his departure from the FA was announced, Neville put pen to paper and signed a contract to become the second-ever head coach of Inter Miami CF in Major League Soccer (MLS).

He is now reunited with his old Manchester United teammate David Beckham, a co-owner of Inter Miami.

“I am incredibly delighted for this opportunity to coach Inter Miami… This is a very young club with a lot of promise and upside, and I am committed to challenging myself, my players and everyone around me to grow and build a competitive soccer culture we can all be proud of,” Neville said, via an Inter Miami press release. “This fantastic soccer-loving market deserves consistent performances and a winning mentality, and I look forward to getting to work.”

"I remember writing down that every single day I've got to inspire my team, and from the very first day, the team inspired me."