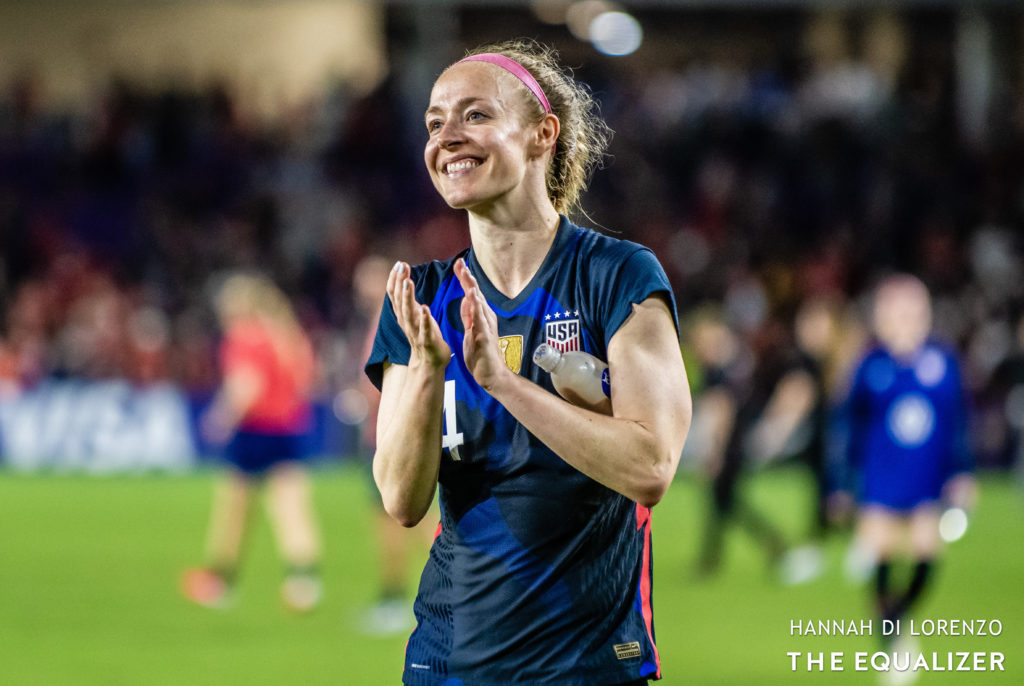 Becky Sauerbrunn is the new captain of the United States women’s national team. U.S. head coach Vlatko Andonovski announced the news on Sunday ahead of his team’s first match of the year on Monday, a friendly against Colombia (7 p.m. ET, FS1).

Sauerbrunn wore the armband for the United States’ final match of 2020, a 2-0 victory over the Netherlands on Nov. 27. Asked after that game whether that was a permanent move, Andonovski said he had not made any long-term decisions about the captaincy. On Sunday, he made it clear that Sauerbrunn is now the captain.

“I had a chance to analyze not just her, but everybody in terms of what their role is and what their impact is on the field, off the field, travels, hotel — anywhere,” he said.” With all the analysis that we did, I felt like Becky is the best fit to be the national team [captain].”

That Nov. 27 match saw Sauerbrunn captain the U.S. women for the first time since November 2017, under previous coach Jill Ellis. Sauerbrunn was a co-captain at the time, but Ellis made a leadership change ahead of the 2019 World Cup which quietly removed Sauerbrunn from her role as co-captain, instead instilling Carli Lloyd, Alex Morgan and Megan Rapinoe as official captains. Andonovski said he discussed his recent decision with all three of those players before the announcement, and that they were “very supportive.” All three will remain integral leaders of the team, he said.

Access the best women’s soccer coverage all year long
Start your FREE, 7-day trial of The Equalizer Extra for industry-leading reporting and insight on the USWNT, NWSL and beyond.
Subscribe
Existing Users Sign In Here
Related TopicsBecky SauerbrunnExtraFeaturedVlatko Andonovski