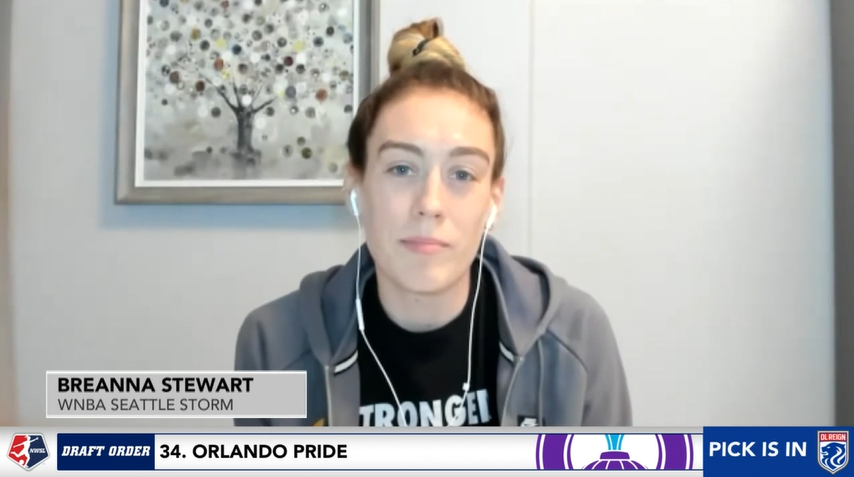 As far as virtual drafts go, the National Women’s Soccer League’s 2021 edition stayed quite close to the established formula of an event people attend remotely. Professional teams still drafted collegiate athletes, those athletes still celebrated their selection on camera, analysts continued to break down the picks, and a few famous faces showed up along the way. The NWSL used the last part of the formula to invite a group of women athletes, and make a point. As tennis player Shelby Rogers put it:

“Female sports coming together, supporting each other, I think it’s so important.”

The NWSL’s collaboration with other women athletes comes after the increased attention women’s sports have received in the United States, but also after a long-lasting appreciation between the athletes and their overlapping fanbases. According to the U.S. women’s national team forward Megan Rapinoe, appreciation is the inspiration behind much of these collaborations, while social media works as a platform to act on it.