Five storylines which will define the rest of the FAWSL season 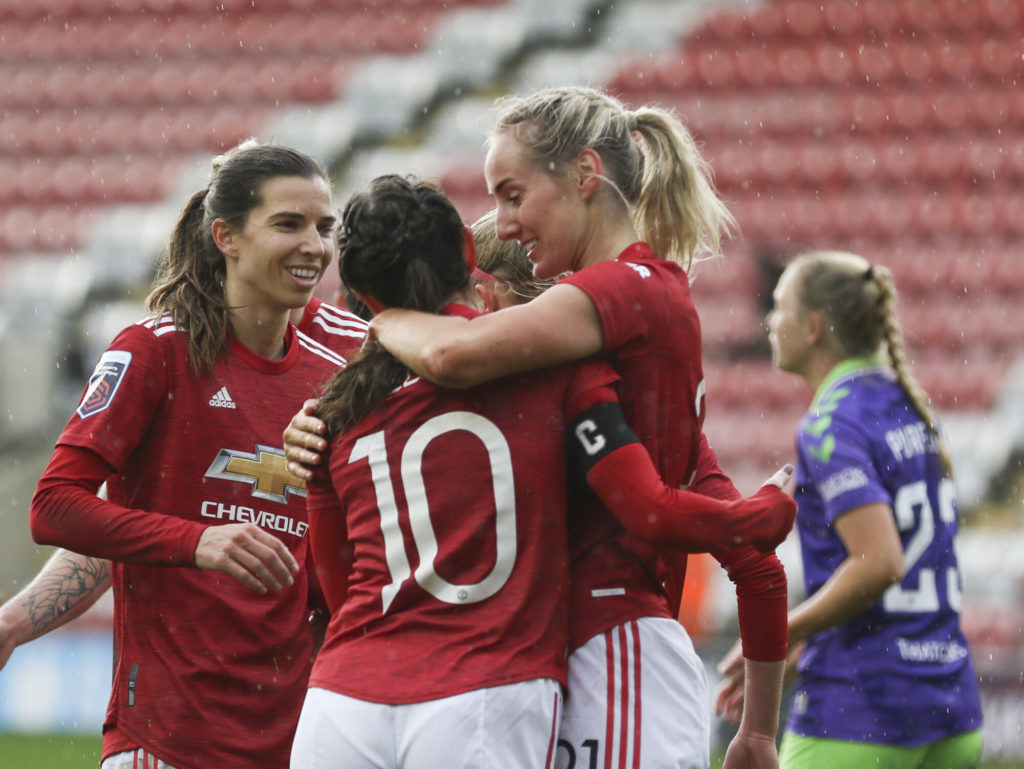 With almost half of the FA Women’s Super League season completed, the league table is starting to tell an interesting story.

The title race is more exciting than ever before, with four genuine contenders vying for top position in Manchester United, Chelsea, Arsenal and Manchester City. And with improvements from Everton and Birmingham City, not to mention managerial changes at under-performing Tottenham and West Ham United, it could be argued that the league has never been more competitive.

Here, we will look at the major storylines across the FAWSL going into the second half of the campaign.

Can Manchester United keep up with their title rivals?

Two years after promotion, Manchester United sit atop the FAWSL table. While results have improved in that time, the basic tactical approach has remained the same. Manager Casey Stoney sticks by a 4-2-3-1 on a weekly basis. Her side is well-organized and aggressive without the ball, matching up in midfield to try and force turnovers. Many opponents, including Arsenal, have struggled to play out against this pressure. But this edition of Manchester United isn’t just a well-oiled defensive machine.

Tobin Heath has added creativity and an extra goal threat to the attack, while attacking midfielder Ella Toone and winger Leah Galton have taken their performances to another level. As a consequence, Stoney’s side is getting results against the ‘big’ teams – in three games against Arsenal, Chelsea and Manchester City so far, United haven’t lost once.

Stoney’s tactics are ingrained, and her squad management is excellent – she calls her substitutes ‘game-changers’ (borrowing an American term) and they’re often just that. However, United have yet to play any of their rivals away from home. Relatively inexperienced and up against a machine-like Chelsea side that knows how to win silverware, their title credentials will be tested to the limit in the second half of the season. That begins this Sunday with a trip to Kingsmeadow to face Chelsea.

Access the best women’s soccer coverage all year long
Start your FREE, 7-day trial of The Equalizer Extra for industry-leading reporting and insight on the USWNT, NWSL and beyond.
Subscribe
Existing Users Sign In Here
Related TopicsExtraFA WSLFAWSLFeatured